ALEX MATERE: The unification of Africa - lessons from the past

In 1958, Kwame Nkuruma made a radical call for African leaders to unite or perish.

• As Africans, it is imperative that for us to understand the present and envision our future, we must understand our past.
• Italian PM Giorgia Meloni castigated France for flexing neocolonialism of African states. 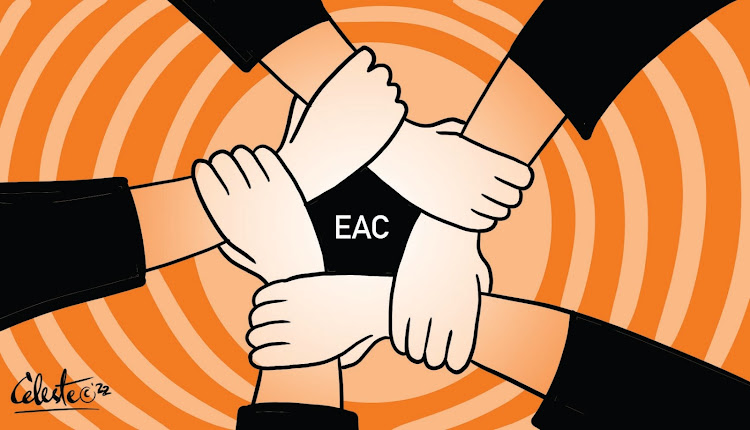 In the last month, there are two things that inherently captured the state of Africa, its past, present and assumed future of the continent.

One is the outburst by Italian Prime Minister Giorgia Meloni on the diplomatic refugee feud between Italy and France. Meloni castigated France for flexing neocolonialism of tens of African states and called on the EU to sanction her for impoverishing the continent and making Africans leave Africa for greener pastures in Europe.

She further accused France of manipulating the economies of 14 of her former colonies in Central and Western Africa that use the CFA currency by charging them mint fees and stifling their development. Concisely, Meloni rebuked France for promoting child labour in the Niger mines and in the extraction of raw materials where France extracts 30 per cent of the uranium it needs to run its nuclear reactors while 90 per cent of Niger’s population lives without electricity.

In her words, "Africans should be in Africa and not at the bottom of the Mediterranean. The solution is not to transfer Africans to Europe but to liberate Africa from some Europeans."

Secondly, are the speeches delivered by the esteemed African leaders during the swearing-in ceremony of Kenya’s newly elected President William Ruto and during the 60th independence celebrations of Uganda.

It is instructive that in both occasions, President Yoweri Museveni asked two questions. Whether there are professors of economics in Africa and whether the African political class is determined to build a Latin America in Africa instead of building a United States in Africa.

In clear terms, together with fellow heads of states, President Everest Ndayishimiye of Burundi in both occasions delved into the contentious issue of colonialism and alluded to independence celebrations as a painful reminder of the effects of the colonial past with the worst of it the being division of Africans.

Additionally, President Salva Kiir of South Sudan believes that it is incumbent of the later day African leaders "to uplift our people out of abject poverty, chronic diseases and ignorance and that we must build a better future for our people."

Do the three evils sound familiar, putting into focus the lowering of the Union Jack and raising of the Kenyan flag by Kisoi Munyao at the declaration of Kenyan independence 60 years later? To cap it, the new kid on the block, President Ruto echoed the sentiments made six decades ago by Kwame Nkurumah urging the Presidents to unwaveringly focus their efforts and energies to the integration of the region by eliminating the borders that separate the people. He said, "we cannot share poverty and hunger, but we can share opportunity and prosperity."

As I sat pensively in my small library reflecting on these events, my mind drifted to several events that have shaped the past and present of our continent. As Africans, it is imperative that for us to understand the present and envision our future, we must understand our past. No occasion or event explains it better than the speech excellently delivered by the then ANC founding President Pixley ka Isaka Seme titled, 'The regeneration of Africa’ in 1906 as a student of law in the University of Columbia.

It is instructive that Seme was referring to an Africa that had borne the brawl of slavery and was labouring under the pain of colonisation. In his speech, he reminded his audience of the Scramble and Partition of Africa by European powers that convened in Berlin in 1884-1885 that set off the division of Africa for exploitation of her rich natural and human resources.

His speech coming at a time when Africa was under the colonial rule was deemed overly optimistic. The unbowed ka Isaka Seme capped up his speech saying, "Africa has already recognised her anomalous position and desires a change. The brighter day is rising upon Africa. I seem to see her chains dissolved; her desert plains red with harvest; her Abyssinia and her Zululand the seats of science and religion, reflecting the glory of the rising sun from the spires of their churches and universities, her Congo and her Gambia whitened with commerce; her crowded cities sending forth the hum of business; and all her sons employed in advancing the victories of peace, greater and more abiding than the spoils of war."

Fast forward, as history would have it, one of the most eloquent, fervent and passionate advocates for Pan Africanism, Kwame Nkurumah, summoned a meeting in Accra, Ghana in 1958 of the then heads of free African countries. He leveraged on the platform to lobby African leaders to unite and push for the liberation of remaining African countries lest the colonial powers came back through another pernicious enterprise.

The second edition of the meeting in 1961 in Casablanca, Morrocco was  attended by Nkurumah, Gamel Abdelnassir, Mudibo Keita, Ahmed Ben Bella among others under the banner, ‘unite now.’ On the flip-side of this convention, another group that subscribed for ‘gradualism’ met in Monrovia comprising of Emperor Haile Selassie, William Tubman, Nnamdi Azikiwe and Mwalimu Nyerere among others.

In May 1963, Haile Selassie convened a meeting in Addis Ababa attended by 32 African heads of states, comprising members of both groups that among other things marked the creation of the Organization of African Union (O.A.U) that ironically watered down the Pan African agenda. Of interest in this convention is the speech made by the President of Central African Republic, David Dacko.

Dacko pointed out at the insignificance of his country in the global arena and that if she fails to unite with other African countries, the French would come back and recolonize her. Mwalimu Nyerere and the host President made pleas for unity and sacrifice for the future, citing a disunited Africa will never realise her potential.

The most passionate speech was that of Nkurumah. The father of Pan Africa made a radical call - unite now or perish! He challenged the leaders to agree on one government, one currency, one army and a capital for Africa either in Bangui in Central Africa Republic or Leopoldville in Congo. That was Africa at her embryonic stage, the rest as they say, is history.

Since inception, the Pan African spirit was about a united Africa, an idea so profound but remained an uncaged mirage. Is it that we are too oblivious to learn from our history or are we just too reckless to face the future while conveniently ignoring our past?

How come the predictions of our founding fathers and mothers have remained true yet we surreptitiously play superman with the future? Isn’t what David Dacko saw way back in 1963 while seated in a cassava plot in Bangui exactly what the Italian PM is addressing atop a 21st century stage in Rome?

Are the pangs of neocolonialism not as aptly predicted by Nkurumah, Nyerere, Gaddafi, Keita, Ben Bella, Azikiwe, Selassie among others pricking our motherland and sucking her dry? What happened to the Lagos Plan of Action, the Cotonou Agreement, Africa Free Trade Continental Area among other trade agreements?

How many of the current sitting presidents have an idea of what the Africa agenda, 2063 extrapolates? Are they even aware that some of the lofty and glossy development rhetoric they ooze on national platforms are excellently captured in the seven aspirations, 20 goals, 39 priority areas including targets and indicators of the Africa agenda 2063?

Post a comment
WATCH: The latest videos from the Star
by ALEX MATERE
Star Blogs
26 October 2022 - 12:37
Read The E-Paper