• Measures should be put in place to combat this disease. 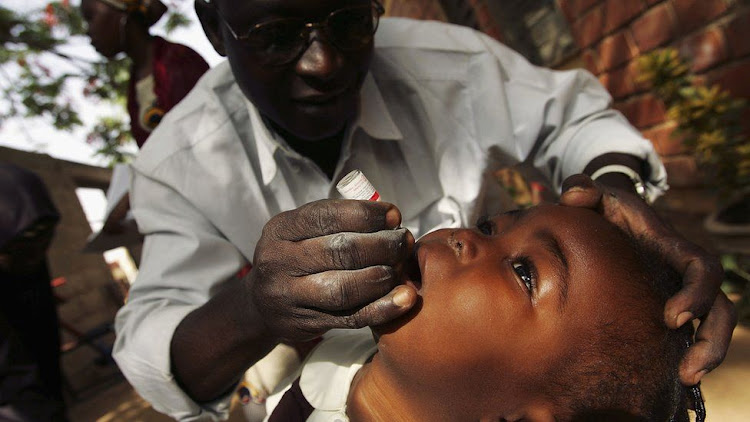 Polio can only be prevented through immunisation
Image: AFP

Every year on October 24, the world marks International Polio Day. Kenya will be among the countries commemorating this day, to raise awareness on the polio vaccination to eradicate it.

According to World Health Organization , polio is a highly infectious deliberating disease, which is mostly vulnerable to children under the age of five years. Kenya last reported polio in 2013, when an outbreak in Somalia led to an eventual importation of 14 cases to the country.

Kenya and the Horn of Africa region, according to WHO, continue to be at high risk of polio due to low immunisation coverage, magnified by population movement. So today being World Polio Day, measures should be put in place to combat this disease. Polio is caused by poliovirus, a virus that spreads from one person to another typically through contaminated water, coughing and even through infected faeces, according to the Ministry of Health.

Most people who get infected with poliovirus will not have any visible signs for about 95 per cent of the cases. That is why frequent vaccination is recommended mostly for vulnerable groups. The Ministry of Health together with WHO lists major signs and symptoms of polio as fever , headache, vomiting, stiffness in the back or neck, muscle weakness and stiffness in the arms or legs.

WHO and experts say paralysis is the most severe symptom associated with poliovirus because it can lead to permanent disability through bone deformations. It can also lead to premature deaths. One in 200 infected people face the risk of permanent paralysis.

It is time for Kenya and the globe to deal with this public health concern for all so as to achieve 1988's World Health Assembly resolution of eradicating polio around the world. The fact that polio has no cure gives more reason why vaccination should be encouraged. It can be done through oral poliovirus vaccine and inactivated poliovirus vaccine given as an injection.

Polio vaccine protects children who are mostly vulnerable by preparing their bodies to fight the virus. So the Ministry of Health should conduct and continue conducting vaccination across the country so as to fight polio. It should also intensify surveillance activities to detect any circulation of poliovirus.

The government , health organizations and other concerned stakeholders should spread awareness about this illness for the public to be knowledgeable and be educated on the importance of vaccinating their children and learn of the physical signs.

Families and communities must ensure their children are vaccinated during the polio campaign period and through routine immunization. The Ministry of Health should also make access to healthcare services for children, especially under five years, so that can receive treatment to avoid of polio. Any visible signs of polio should be attended to by healthcare workers.

The SDGs cannot be achieved by Vision 2030, if Kenya and the world will not apply right framework to deal with this 'monster'. A healthy nation is absolutely a thriving nation.

Kenya to benefit from Sh314bn to end polio

Although only one case has so far been confirmed, it was the first in the country in nearly a decade.
News
2 months ago
Post a comment
WATCH: The latest videos from the Star
by RODGERS OTISO
Star Blogs
24 October 2022 - 05:00
Read The E-Paper