I only realised I was trapped when I saw a Subaru blocking my car from the rear.

•They were drunk and armed. In plainclothes with zero identification. They didn’t want their police Identity cards clearly.

•At first, I thought they were carjackers. my children heard my car come in and ran out to open the door for me as they usually do, only to be grabbed by men with guns. 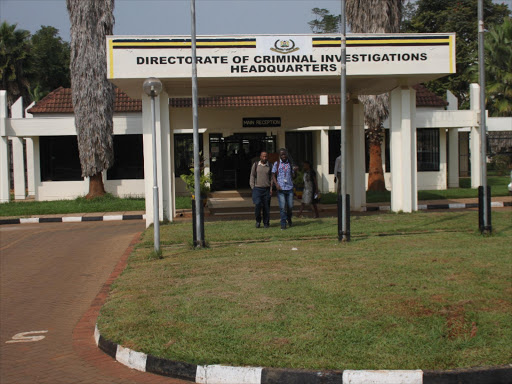 Heh! The three drunk armed cops that came for me at night in 2019 were definitely SSU. They were sent to force me to implicate President William Ruto in something because the case in court didn’t mention him anywhere. I was told later if ‘co-operated ‘ and become a ‘state witness ‘ all charges would have been dropped. For the record, I’ve never ever met or spoken to President Ruto.

They were drunk and armed. In plainclothes with zero identification. They didn’t want their police Identity cards clearly.

At first, I thought they were carjackers. my children heard my car come in and ran out to open the door for me as they usually do, only to be grabbed by men with guns. I opened my car window just enough to scream at them to go back into the house and lock the door. They released my kids, who ran back into the house, upstairs and started watching from the window. It was about 10.30 pm. I had just come from a prayer meeting at my friend's house in the neighbouring estate.

I only realised I was trapped when I saw a Subaru blocking my car from the rear. I locked myself in my car and started making calls. My brother Leonard Khafafa responded in record time then he drove like a maniac to my other Brother Martin Khafafa's house to get him since he wasn’t picking his phone.

The policemen had no warrants and couldn’t give any reason for arresting me at night. They had been tailing me all day by my phone signal.

They couldn’t say where they were taking me, or why. They didn’t want to be questioned about anything. Every question enraged them even more. I was threatened with rape, death, gunshots and everything in between if I didn’t willingly open the car and get out. I believe they were serious. A drunk man rarely lies. I sat in the car, locked myself in and refused to budge. I only later moved to the passenger seat to make room for a driver.

They started getting very very agitated, threatening to shoot,  when they noticed my neighbours were out on their balconies watching them and the commotion. They hit my car windows and Windscreen several times with their guns, shouting and threatening.  They didn’t break any glass even as one tried to cover his face and kept moving his hands towards the trigger.

When I refused to leave the car and the driver got in, some police officers got in with us. That’s when they started debating what to do with me and where to take me. Meaning they had no intention of taking me to a Police station. They kept consulting someone on the telephone. Their Subaru was right behind us.

We drove around aimlessly for a while before they finally decided to take me to Muthaiga police station.

9. Upon reaching Muthaiga, another debate ensued as to why I should be booked in. The OCS that night looked visibly shaken when he saw them, but insisted I had to be booked into the OB when he realized the driver was a lawyer. I believe that saved me. If there was no record of my booking then I would definitely have disappeared without a trace later and nobody could prove of my arrest.

The booking? Obtaining by false pretences, no complainant, no case file, no details, nothing.. Just a spur-of-the-moment reason to keep me there because they hadn’t had their way. “Sasa niandike nini kwa OB? ‘  ‘Wewe andika tu “obtaining!!’

My Lawyer and brothers Leonard and Martin and my sister-in-law Judy stayed with me all night. At some point, Martin left to go freshen up so that morning could find him at the former DCI Director George Kinoti’s office.  We didn’t sleep a wink.

For some reason there was only one other woman in the cells. I watched as she calmly woke up, rolled up her mattress on the floor, sat on it, and fished out some bread from a paper bag she had. She also had a small cellphone which she fiddled with from time to time.

She offered me tea and bread but I declined. Her name is Judy Wambui Mungai.  She had just been arrested following the accusation that she had bludgeoned her alleged boyfriend Joseph Kori’s wife to death using a pressure cooker, and then she transported and hid the remains. Maybe one day I’ll get the strength to repeat my conversation with her.

The next morning, after Martin camped at Kinoti’s office from 5 am, I was released. The reason given for my abduction was that i was called by SSP Michael Wiso and I refused to go and write a statement on a matter they were investigating.

My phone has zero records of any missed calls from anyone. Plus I was in court that day on the matter I had been charged with in December 2018. I was out on bail and I had surrendered my passport to the court. It had been several months since.

I developed High blood pressure and subsequently, type 2 diabetes. For a while, I had bleeding stomach ulcers with absolutely no H. Pylori in my system and I had to take antidepressants. My kids were traumatised for ages and my daughter couldn’t sleep in her bedroom for two years since her window on the 1st floor overlooks my driveway. I shall be on medication for the rest of my life.

I went mute for almost four years. I was afraid to talk about that incident in case they came for me again. I saw their faces and I knew them. I lived with the constant fear that they were around the corner.

Oh and the short-term memory loss and temporary blackouts. There was a time I overdosed myself because I couldn’t remember whether or not i had taken my medication for the day.  Almost lost my sight. My doctors gave me special tabs with dates and days to help me keep track.

15. I got several calls from powerful people, detailing where I live and where my children schooled. One of them taunted me for a month. He would end his calls with a sinister laugh and "pass my love to your family".

For one year I dropped and picked up my kids from school myself, after sternly warning the school that nobody should pick up my kids except myself or their father. When I am not home, my house help has one standing instruction: once the bus arrives, call me and let me speak to my children. I have the bus drivers‘ numbers on speed dial .

To this day, I start hyperventilating if the school bus is late. I cannot stand seeing a Subaru behind me in traffic. I will either drive like a maniac or slow down until it overtakes me. If I see a strange car parked near my gate, I ask estate security to confirm whose car it is before I drive home.

A traffic cop once hit my car, to tell me to drive off. I panicked, burst into tears and was unable to move for 10 minutes. I was literally paralysed. Several times, I panicked, switched off my phone and drove to my sister Mumbi‘s house for the night.

There is a faint crack on my car windscreen, where it made contact with the gun butt. I call that crack my "Ebenezer"  because the Lord has brought me this far. The daily morning pricks on my finger to check my glucose levels are a reminder that I am alive because I can bleed.

Apart from my encounter with Judy Wambui , the details of that night at Muthaiga (midnight to 6 am ) are hazy. My therapist says it’s a typical trauma response, and that I shall remember bit by bit when my mind and body are able to take it .

My survival tool kit is a mother who never ceased praying. My brothers always there checking up on me round the clock. A certain MP I dare not name. My construction project in Kitale .  I guess I managed to fool lots of people.

By the grace of God,  I survived  SSU.

Post a comment
WATCH: The latest videos from the Star
by GLORIA KHAFAFA
Star Blogs
21 October 2022 - 08:15
Read The E-Paper