WILLY MUTUNGA: Call for a launch of sovereign people’s convention

The movement should have a progressive agenda.

•This new government inherits a huge sovereign debt, a culture of lack of political will to implement the Constitution and obey court orders.

•It inherits a country with unacceptable and unsustainable economic, social, and political inequality. 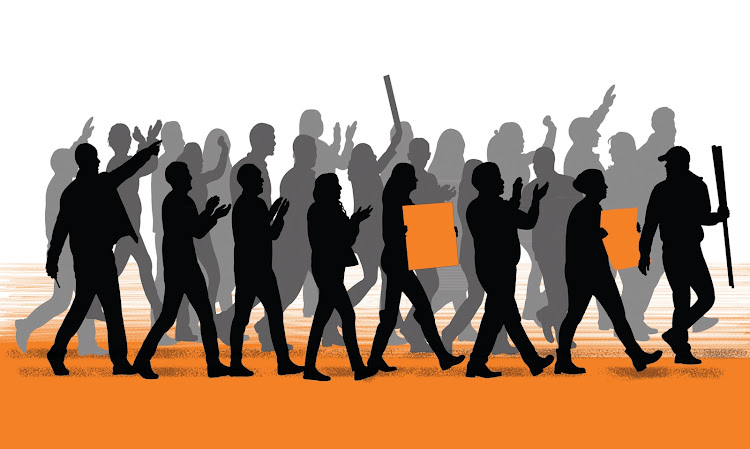 On 5 September 2022, the Supreme Court of Kenya delivered its decision on the consolidated petitions that challenged the election of William Ruto as the fifth President of Kenya.

The Supreme Court, in a unanimous decision, dismissed the petitions. As the Deputy Chief Justice observed on behalf of her colleagues, the decision would not have the concurrence of all Kenyans. Rightly alluding to the politics of division that make such a concurrence impossible among the Kenya people, she called for national understanding.

The Supreme Court knew it would be attacked. The attacks this time came first from officers of the Court, lawyers, and it was immediate.

Senior Counsels Philip Murgor and James Orengo addressed a press statement soon after the delivery of judgment by the Supreme Court.

A week later, James Orengo’s critique was reiterated. He accused the Supreme Court of delivering a political decision, and not a constitutional and legal one!

As expected the social media platforms reflected the nature of our politics of ethnicization and other divisions.

Professor Makau Mutua, the spokesperson of the Odinga Presidential  Secretariat posted on his Twitter handle: @SCorengo_James SPOKE for me too. THIS Supreme Court will live in ODIUM and INFAMY.

The good news is that the judges of the Supreme Court must have been prepared for these attacks. Nothing was new here! After each judgment in presidential petitions, the judges become punching bags.

I have always wondered why lawyers keep forgetting that they are officers of the court and not appendages of their clients. Indeed, if political parties complied with the great decision by Mchelule JA sitting as a High Court Judge in the Maina Kiai case elections would invariably free, fair, and incorruptible.

He had done so in 2013, a patriotic act given the history of what happened in 2007 when he rejected to take his dispute to the courts. The result was post-election violence that we all know about, a political stain on our quest for free, fair, peaceful, and democratic elections.

In 2017 he praised the decision of the Supreme Court which was not unanimous and refused to run in the fresh elections. His swearing-in as the People’s President, followed by the Handshake are matters of recent history.

What needs to be observed is that the acceptance of decisions by the Supreme Court in 2013, 2017, and 2022 show a positive political culture that could strengthen the quest in our democracy to respect, uphold, and protect decisions of the courts. It is a gain in the support for the independence of the judiciary going forward.

Civil Society needs to Rethink its role in Kenya’s Democratization

It is also important to note the political consequences of the Handshake in March 2018. The Opposition vacated its political space and joined one faction of the Jubilee government, immediately reinforcing the Jubilee dictatorship.

The other faction of the Jubilee government quickly sought to occupy the vacant position left by the Opposition. We have, thereafter, lived in a rare specie of political dictatorship that occupies the entire political space.

We know what happened to the leadership of some secular and religious civil society organizations. They joined either AZIMIO or KENYA KWANZA in various political or remunerated capacities.

Public intellectuals, too, joined the two factions. While this development is constitutionally and democratically right (and their freedom of association must be upheld, protected, and respected) it is the rest of the civil society leadership that ran with the hare and hunted with the hounds without clearly stating that both factions would not implement their promises owing to the internal and the external pressures, interests, cartels.

These pressures are yet to be clearly and continually exposed. Broad civil society has to think through its continued role in our democratization against neoliberalism, the ideology of imperialism.

With the swearing in of William Ruto as President and Commander-in-Chief of the Armed Forces on 13 September 2022, we have our fifth government since independence.

This new government inherits a huge sovereign debt, a culture of lack of political will to implement the Constitution and obey court orders.

It is a government whose leadership has in the past signaled its loyalty to the values of Christian Fundamentalism, prosperity gospel, and homophobia, definite pillars of the new regime.

The teaser was the swearing in ceremony. President Museveni must have been impressed!

Kenyans now have to breathe life into the decree of the Constitution that states under Article 1 “All sovereign power belongs to the people of Kenya…{who} may exercise their sovereign power either directly or through their democratically elected representatives.”

This noble political goal has to be undertaken as quickly as possible by progressive civil society and radical political parties that believe in fundamental transformation in Kenya.

Indeed, such a movement will be the voice of 8 million Kenyans who did not vote because they perhaps believed the two coalitions were all about promises and populism and did not intend to shake the Kenyan status quo to its core foundations.

I believe a series of convening that start monitoring and holding both the Government and the Opposition to account should be launched by the movement.

The movement should have a progressive agenda. Such agenda is readily available from various movements that have been voices of dissent to two factions.

These convening should lead to the launch of the Sovereign People’s Convention and its leadership on Jamhuri Day this year.

The convention should announce its intention to fundamentally and radically change the unacceptable and unsustainable colonial and post colonially status quo.

In this Convention, a leadership reflecting the face of Kenya should be elected by the delegates who will be invited to the Convention.

WILLY MUTUNGA: About that matter of thuggery at Bomas of Kenya

The thuggery was the work of some elected politicians, their goons, and hired guns.
Opinion
1 month ago
Post a comment
WATCH: The latest videos from the Star
by WILLY MUTUNGA
Star Blogs
16 September 2022 - 15:47
Read The E-Paper