Kenya and Somaliland can challenge those who believe that authoritarianism is just the price to be paid for regional peace.

• The nation’s commitments to improving democratic values and principles, and its regular transition of power through democratic elections, have made it a beacon of democracy and political stability. 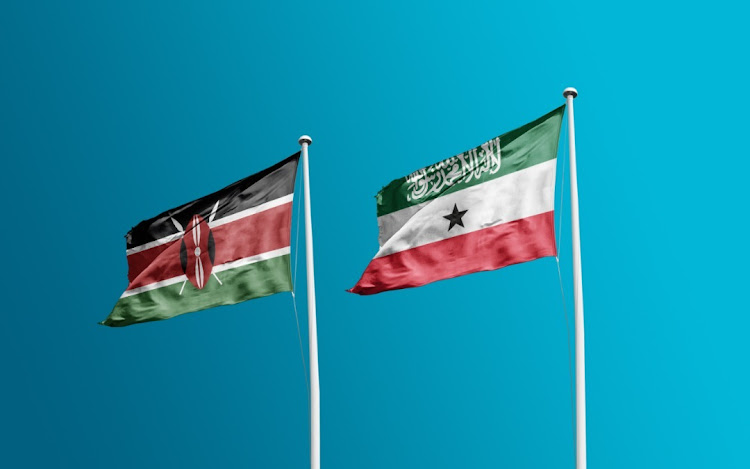 As governments in all parts of Africa become, with some exceptions, more authoritarian, Kenya and the Republic of Somaliland portrayed a better picture for the continent by advancing democratic principles in a changing and unstable region.

This is despite both having the challenge of bordering war-torn Somalia which is the haven of Africa's al Qaeda version, the al Shabaab.

The Republic of Somaliland, a former British Protectorate and Kenya which is also a former British colony have continued to successfully hold free and credible elections and had power transfers in which an outgoing administration peacefully turned over power to the newly elected leadership. This makes the two countries serve as an example for other nations in the region and the continent at large with their viable democratic systems, multiparty politics, political freedom and strong civil liberties.

Following a fiercely contested election against the former Kenyan Prime Minister Raila Odinga, H.E Dr. William Samoei Ruto was sworn in as Kenya's fifth president on September 13, and even with disagreements over the results announced by the IEBC, the highest court ultimately upheld Dr. Ruto's Presidency and all sides, without any post-election violence, accepted the ruling of the Supreme Court as its decisions are final and binding. This demonstrates the development of Kenya's democracy, the sturdiness of its institutions, and the noble character of its populace.

Likewise, The Republic of Somaliland has earned a huge reputation for holding rigorous democratic elections, having its fifth president in office who was elected in 2017. This country made history in 2003 when a president won an election with a thin margin of 80 votes, which is arguably the slightest margin in the annals of global democracy. In addition, Somaliland is the only state in the world which used the most advanced Iris scan voter registration for election purposes in the world. This iris biometric voting system is aimed at enhancing transparency and curbing fraud, vote-rigging, and double-voting.

The nation’s commitments to improving democratic values and principles, and its regular transition of power through democratic elections, have made it a beacon of democracy and political stability.

In its most recent study of 2021, Freedom House, a non-profit organization in Washington, D.C., which promotes democracy, political freedom, and human rights, notes that Kenya and Somaliland are the two most democratic and free countries in all of East Africa making them regional democratic champions. In the face of a regional crisis and a global regress in democratic values, their achievements and advancement from democratic fronts deserve appreciation.

The connection between peace and democracy has long been recognised and perhaps it’s the democratic culture of the Republic of Somaliland and Kenya that created the premises of building stronger national security and political stability which contrasts Somaliland and Kenya from the rest of Horn of Africa nations.

Kenya and Somaliland can challenge those who believe that authoritarianism is just the price to be paid for regional peace or that democratic ideals are a fantasy of outsiders with no practical application and room in this continent. However, Kenya and Somaliland’s achievements are a wonderful testimony to what African countries can do and how far African countries can go if Africa decides to strengthen the rule of law, encourage good governance and practice democratic principles.

Post a comment
WATCH: The latest videos from the Star
by ISMAIL SHIRWAC
Star Blogs
15 September 2022 - 20:17
Read The E-Paper