We are living in a climate crisis and we are running out of time to act.

• It will take more hands, including the private sector, development partners, NGOs, households, women and youths.

• Our future is at stake, which is why our views must be taken seriously by decision-makers. 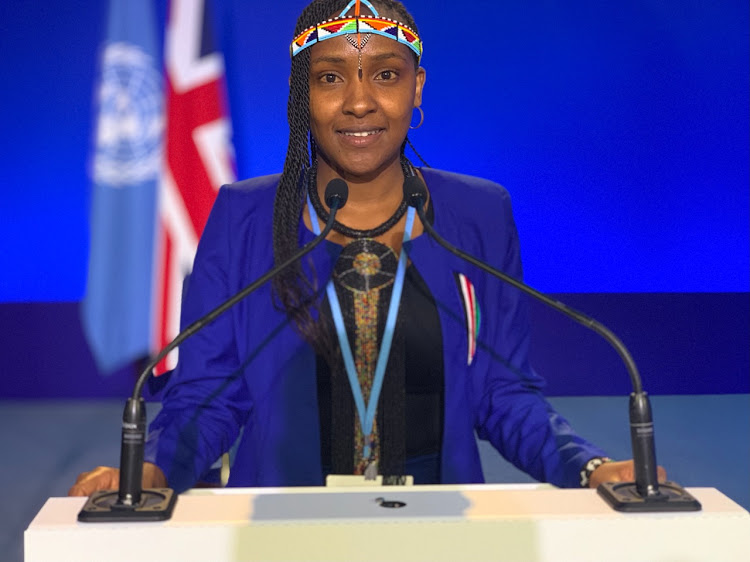 Heavy is the head that wears the crown.

President-elect William Ruto, let me start by wishing you all the very best as the country’s new CEO.

I recently journeyed north by road from Nairobi to Wajir, a beautiful, culture-rich county.

While there, I witnessed first-hand the effects of the ongoing drought—a product of four failed rainy seasons in a row. Food is getting harder to come by, as is water, hurting homes and their livestock. This is badly affecting school attendance and stoking malnutrition.

From my interaction with the community, I came to understand that while the area has long been semi-arid, the intensity and frequency of droughts are increasingly getting worse with each passing year.

Wajir is not an isolated case, however.

The reason? We are living in a climate crisis and we are running out of time to act.

As Wajir bakes under the sun, cities are choking on pollution. Still, some villages are being washed away by floods, while others are experiencing failed rains, hurting thousands of rural farmers and curtailing food supply.

While climate change is a global phenomenon, each country has a role to play in making sure that we take urgent action.

At the country level, the government cannot do it alone. It will take more hands, including the private sector, development partners, NGOs, households, women and youths.

Kenya is a youthful country and thus youths should be at the heart of decision-making. If nothing changes, this generation and the ones after are likely to experience the worst impacts of climate change. Our future is at stake, which is why our views must be taken seriously by decision-makers.

On behalf of the youth, I want to point your attention, President-elect Ruto, to three potentially transformative proposals.

It’s encouraging to note that your manifesto highlighted environment and climate change as one of the key areas your administration will focus on.

Our first proposal is that much will be achieved if your administration considers working with the youth to establish a Youth Presidential Climate Commission for Kenya, essentially a formal, independent body that will give a permanent voice to youth in climate-related decision-making.

The next proposal is to elevate women and youth roles in climate action by putting in place policy frameworks that encourage their participation in the fight against climate change through avenues such as innovation and entrepreneurship.

For instance, a fund to finance women and youth-led enterprises in climate-related fields such as renewable energy, water harvesting, agroforestry, solid waste management, and clean cooking solutions could go a long way. Other areas include low-carbon transportation, climate-smart agriculture, green buildings, alongside drought and flood mitigation and response technologies.

You see, Mr. President-elect, besides creating a liveable environment, rolling out climate-smart actions will create thousands of sustainable jobs and lift the economy.

It is estimated that at least 26 million new jobs will be created in Africa by 2050 from fresh investments in renewable energy, according to the International Renewable Energy Agency (IRENA).

Curbing deforestation is our final point. It is not enough to just plant trees; existing ones must be protected from encroachment and felling. Tied to this is a need to preserve green spaces in the cities. Forests are not only strategic water catchment sources; they are also nature’s purifiers.

Adopting these proposals will build up on the foundation the country has already laid.

Pretty much every sector of Kenyan economy is exposed to climate change. Its gross domestic product (GDP) performance relies on climate-sensitive sectors such as agriculture, tourism and manufacturing. Adaptation thus is the highest priority, not only through preventing further losses and damage, but underpinning infrastructure and economic development while safeguarding lives, livelihoods and social development.

Mr. President-elect, climate change and environmental conservation is not just another issue, it is an affair that is intrinsic to the politics of our survival.

The writer is a young Kenyan environmentalist and climate activist

But critics say government plans to reach the target are lacking detail.
News
2 weeks ago

The campaign will be conducted through a series of training and sensitisation workshops.
Business
2 weeks ago
Post a comment
WATCH: The latest videos from the Star
by ELIZABETH WATHUTI
Star Blogs
12 September 2022 - 07:37
Read The E-Paper