Conflict related sexual violence is on the rise globally.

•Conflict related sexual violence is on the rise globally – in a report of the UN Secretary General to the UN Security Council, 49 global parties were noted as being credibly suspected of committing or being responsible for patterns of rape or other forms of sexual violence in situations of armed conflict in 2021. 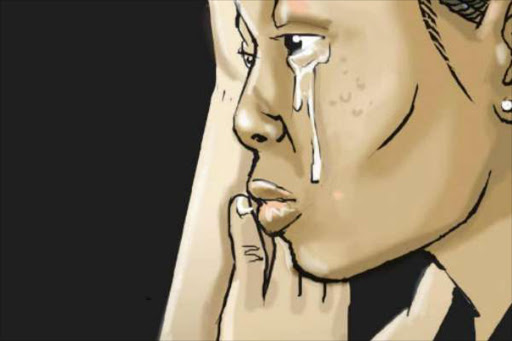 Rape is being used in conflict as a deliberate military strategy, and is feared most by women and girls as soon as the shooting starts.

They are right to be afraid. It is vital to highlight just how shockingly common rape and other forms of sexual and gender-based violence have become in humanitarian settings worldwide.

Conflict related sexual violence is on the rise globally – in a report of the UN Secretary General to the UN Security Council, 49 global parties were noted as being credibly suspected of committing or being responsible for patterns of rape or other forms of sexual violence in situations of armed conflict in 2021.

The testimony of this woman from Central Equatoria in South Sudan is unfortunately all too familiar. Attacked by soldiers in her own home, she told how, “After one man bit me, another pointed the gun directly on my chest and said if I don’t accept them then he will kill me”. As this human right violation played out, the woman’s terrified children were nearby.

Sexual and gender-based violence flourishes whenever armed conflict occurs, because fear, chaos and confusion provide perfect cover for the perpetrators. Conflicts exacerbate gender inequalities that disproportionally affect women and girls worldwide, and worsen the levels of violence to which they are subjected. The breakdown of social norms, legal restraints, and common protections gives armed men the opportunity to prey on vulnerable women, children, and adolescents. Often this is an intentional tactic designed to terrorise the population.

Conflicts and natural disasters break up families, displace women, children, and adolescents, and force them into refugee camps and other unsafe settings where they are cut off from their communities, social structures, and networks of support, and from health and social services.

In these settings women and girls are far more likely to experience gender-based violence and are extremely vulnerable to physical, sexual, and psychological harm. For instance, violence against women and girls accounted for 97% of conflict-related sexual violence cases reported in 2021.

Migrant women, children, and adolescents also face an increased risk of sexual violence given the lack of safe and regular migration pathways. This is exacerbated by inadequate access to services and information, including on rights, as well as language barriers and limited or no access to decent work and educational opportunities. An assessment among migrants and refugees in the Colombia-Venezuela border ranked care management and prevention of sexual and gender-based violence as one of the top 10 unmet needs in sexual and reproductive health.

A review of 19 studies across 14 countries estimated that approximately 21% of displaced women experienced sexual violence. The true figure, however, is likely much higher, as recording of incidents is patchy and women are often afraid to speak out from fear of social stigma.

In desperate circumstances, women and girls may be forced to trade sex for food, money, and other resources they need to survive. Up to a third of girls living in a humanitarian setting report that their first sexual encounter was forced.

But conflict alone is not the only driver of sexual and gender-based violence. Health emergencies, notably COVID-19, and natural disasters, including those caused by extreme climate events, are also major factors. Before the pandemic, one in three women worldwide experienced physical or sexual violence by an intimate partner. In 2021, a rapid review undertaken by UN Women in 4 countries found that more than half of women surveyed reported that they or a woman they know experienced physical violence and verbal abuse since the onset of COVID-19.

COVID-19 has also disrupted essential health services and diverted resources to the pandemic response. Long-standing barriers to reporting and accessing services, such as stigma, fear of retaliation, and weak rule of law institutions have been exacerbated by the ongoing pandemic.  Additionally, movement restrictions due to COVID-19 continued to prevent survivors of sexual violence from accessing essential services.

Climate change and natural disasters cause poverty, displacement, conflict, and loss of access to education. They lead indirectly to an increase in child marriage, which is recognised in international law as a form of gender-based violence.

Tragically, child marriage is just one outrage on a long list. During 2018, the UN verified more than 24,000 grave violations against children and adolescents in 20 countries, including recruitment of child soldiers, killing or maiming, and sexual assault or abduction.

These atrocities will not go away of their own accord. We urgently need targeted action and interventions to prevent and respond to sexual and gender-based violence, particularly in humanitarian and fragile settings in full respect of international human rights law and international humanitarian law. Survivors require targeted sexual and reproductive health services, and social care and need to participate in relevant decision-making. Yet, as evidence shows, such care and services are often unavailable or inaccessible. They also claim justice and accountability for perpetrators. Yet, most of these crimes go unpunished, those responsible are not held accountable, and survivors are left without reparations and remedies.

At the global level, there is a need for concerted multilateral efforts to accelerate action to tackle sexual and gender-based violence and to strengthen international collaboration for comprehensive sexual reproductive health and rights for all individuals including prevention of sexual and gender-based violence. We must also ensure gender responsive and age-sensitive reparations for all survivors, in line with international human rights and international humanitarian law.

At the national level, countries need to establish enabling and protective frameworks, and focus resources, to protect the physical and mental health of refugees and others at risk of personal violence and displacement because of conflict. Measures should be embedded within a comprehensive agenda for sexual and reproductive health and rights which protects access to sexual and reproductive health services in all settings, including in humanitarian responses. Measures to promote accountability, ensure access to justice and reparation for survivors, and address impunity of perpetrators, are also necessary.

Countries should ear-mark long-term investments and social protection schemes in order to mainstream this agenda throughout emergency humanitarian responses and in programming across all sectors. This includes investments in capacity strengthening, monitoring, and data analysis, and essential training of health care workers and other relevant sectors, including justice and education, as well as and providing an enabling and safe environment in which they can work.

We are faced with a global plague of sexual and gender-based violence. It feeds off the lawless chaos of conflict, the unprecedented disruption of COVID-19, and the growing destruction wrought by climate change.

The United Nations Committee on the Elimination of All Forms of Discrimination against Women has elaborated guidance on the gender-related dimensions of disaster risk reduction in the context of climate change and women in conflict prevention, conflict and post-conflict situations. We have the tools to end this plague, but it will require an integrated partnership approach at all levels. Our actions must be guided by key human rights principles — equality and non-discrimination, participation and empowerment, accountability and access to justice. No single input will work on its own, so every sector and stakeholder must contribute to stamp out sexual and gender-based violence in conflict and humanitarian settings.

Helen Clark is the PMNCH Board Chair and former Prime Minister of New Zealand, Michelle Bachelet is the United Nations High Commissioner for Human Rights and former President of Chile; and José Manuel Albares is Spain’sMinister of Foreign Affairs.