Ukraine deserves the same freedom and independence that we enjoy

•Africa, and the rest of the world, would be thrown into a mirror of the Cold War that shattered our democracies, overthrew and killed our leaders, and robbed us of decades of economic progress.

•Stopping this war, in a manner that adheres to the principles of the UN Charter, is what will keep other old grievances from boiling over. 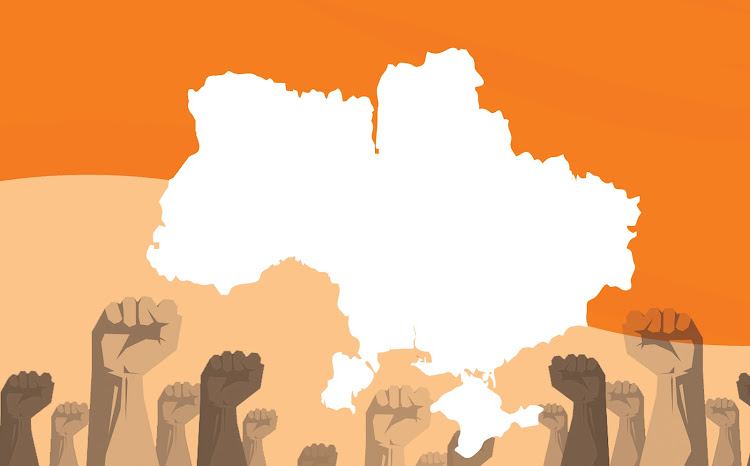 Kenya takes this opportunity to convey our best wishes to Ukraine on its Independence Day.

We regret that what should be a day of celebration is impaired by a war that has breached Ukraine’s territorial integrity, contrary to the fundamental principles of the UN Charter.

The people of Ukraine have suffered greatly these past six months. We offer them, and particularly the bereaved families, our deepest condolences.

Ukraine’s Independence Day gives us an opportunity to appreciate our own independence, as I am sure is the case for every member of this assembly.

We will forever be thankful for the brave men and women who fought for our freedom.

We joined the United Nations within days of becoming independent. We signed up to its principles because as a young nation state, we needed assurance that our sovereignty, territorial integrity and political independence would be respected.

We valued its mission to outlaw aggression. To use its instruments to help us turn swords into ploughshares so that we could enjoy the fruits of our freedom.

We remain thankful that this United Nations stood for decolonisation. That it gave voice to the smallest countries in the world without regard to their military might or wealth.

What a precious heritage we have, and how intolerable that it should be as endangered as it is today. We are forced by this moment to recall how its failed predecessor, the League of Nations, was unable to stop the conflicts that led to the great fire of World War Two.

Multilateralism as expressed in the United Nations, including this venerated chamber, with all its flaws, is our last hope against a new world war.

The wars we choose to fight, as Kenya, and Africa, as I believe is the case for most of the world, are for independence from poverty, ignorance and disease.

We have no desire to be drawn into a worldwide conflict. Or for our grievances and disagreements to be the soil in which wars by proxy take root.

We see in Ukraine’s war a grim warning that we too may be engulfed by the competitions and confrontations that are contributing to its ferocity.

That is why we believe that Ukraine’s immediate fate is so important to the world. Ukraine deserves the same freedom and independence that we enjoy. It is a member of our United Nations in good standing. Its sovereignty, territorial integrity and political independence should be respected. Its people do not deserve to have their lives and livelihoods shattered.

Unless the Ukraine war is stopped through dialogue and negotiation, it could be the first of a series of conflicts that future historians will name the Third World War.

Such a disaster would be different from the last world wars, and all the wars before them. The dangers of direct conflict between nuclear-armed powers means that most of their confrontations would be undertaken by proxy.

Africa, and the rest of the world, would be thrown into a mirror of the Cold War that shattered our democracies, overthrew and killed our leaders, and robbed us of decades of economic progress.

Stopping this war, in a manner that adheres to the principles of the UN Charter, is what will keep other old grievances from boiling over.

Not all is lost. Even in such dark times, we must remember that in the past, serious threats to international peace and security have been successfully resolved.

There is yet a chance to build on the slim but important success represented by the agreement between the parties for the secure export of Ukraine’s food products through the Black Sea, as well as food and fertiliser exports from Russia.

We commend the Secretary-General and the government of Turkiye for their crucial facilitation. The willingness of the parties to negotiate, and the alertness, subtle skill and moral persuasion of the facilitators, demonstrate that diplomacy is still able to deliver if given a chance.

We cannot leave our fate to the most powerful. Some of them may be bent on domination but we cannot allow it to be at the expense of our common peace. They may project certainty and great power, but none can know or control the future.

It is time for intuitive, bold leadership from any, and every, country that has influence or leverage to push them to dialogue rather than confrontation.

The immediate aim should be for a cessation of hostilities in Ukraine; the opening of safe humanitarian corridors and unhindered humanitarian access; and the security of all nuclear installations, especially the Zaporzhzhia nuclear power plant.

These should be part of a roadmap to achieving a comprehensive agreement that secures the sovereignty and territorial integrity of Ukraine. Such an end, given the emerging escalation between the great powers, would ideally be linked to a broader negotiation that produces a stable European security order. The principles underlying such an order should adhere to the UN Charter, and be utilised to stabilise other parts of the world.

In the meantime, Kenya, while in the Security Council, and in all relevant forums, will offer every support to positive efforts seeking these aims.

We will continue to champion the cause of the Secretary-General and his team who need to be commended for their tireless efforts. In this regard, we applaud his recent visit to Lviv.

We also pay tribute to the determined efforts by the UN’s agencies, funds and programmes to provide humanitarian aid and comfort to Ukraine’s most vulnerable people. Their impact is evidence of a depth of competence that we hope is resourced and deployed with equal ambition in other conflict areas.

Mr President, we know that even with a gravely threatened multilateralism, as reflected in this downcast Council, a spirit of urgency and imagination can still allow us to forge a just peace for Ukraine.

I wish for all Ukrainians their continued independence, as I reaffirm Kenya’s respect for Ukraine’s sovereignty and territorial integrity.

Martin Kimani is the Kenya's Ambassador & Permanent Representative to the UN in New York.

Ukraine's day of independence falls six months to the day since Putin launched an invasion.
News
5 months ago

Ukraine: We had nothing to do with Russian murder

Ms Dugina died when her car blew up on the outskirts of Moscow.
News
5 months ago