Her visit is a violation of Chinese sovereignty and territorial integrity.

•Pelosi is the second in line to the US presidency and is the highest-ranking political figure to have set foot on the island of Taiwan.

•In the past years, the current regime of Taiwan, however, has been trying to seek independence. 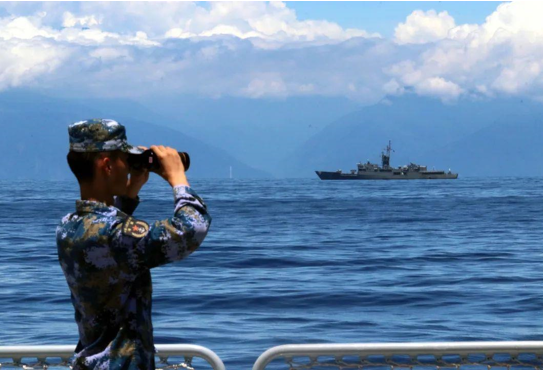 Nancy Pelosi, Speaker of the US House of Representatives, visited China’s Taiwan region earlier this month despite the firm opposition from Beijing. This has stirred an outcry among the Chinese. Why?

The simple answer is that Taiwan is part of China. Pelosi’s visit is a violation of Chinese sovereignty and territorial integrity.

A glimpse of history may help you to understand better. Taiwan has been part of China since over 1,000 years ago. It remained within the jurisdiction of China, except for the years of occupation by the Dutch and Japanese.

It was separated from the mainland in the late 1940s. That was when the KMT, which had ruled China for more than 20 years, lost a civil war, and fled to the island. However, even the KMT has always maintained that Taiwan and the mainland are parts of one country.

“There is but one China in the world, Taiwan is an inalienable part of China’s territory, and the Government of the People’s Republic of China is the sole legal government representing the whole China.” This is not a unilateral announcement of China. It is part of the UN General Assembly Resolution 2758, adopted in 1971.

The one-China principle is the political basis on which China has established diplomatic relations with 181 countries.

Since 1972, when China and the U.S. started to normalize bilateral ties, they have been guided by three joint communiques issued between the two governments. Each one gives top priority to the one-China principle. It is also clear to both sides that the U.S. can only maintain unofficial links with Taiwan.

In the past years, the current regime of Taiwan, however, has been trying to seek independence. It has been condoned primarily by the US, by selling arms to Taiwan and paying visits by its politicians. The Chinese have always felt indignant about these acts.

Pelosi is the second in line to the US presidency and is the highest-ranking political figure to have set foot on the island of Taiwan. Her visit was facilitated by military aircraft and public money. It was in no way unofficial.

What do you think such a visit was designed to achieve, if not sending signals to the separatist forces and attempting to suppress China’s peaceful rise?

Some may argue that Pelosi is not part of the White House. So her action cannot be restrained by the US president. This is chicanery the US uses.

The Taiwan question is an issue of principle. The Chinese military has conducted a series of drills in the waters off Taiwan, in immediate response to the provocative visit of Pelosi. This is a show of power against US bullying and interference, and against the secessionist moves in Taiwan.

(Ms. Zhao Qian is a correspondent of China Media Group based in Nairobi)

Ms Pelosi is the most senior US politician to visit the island in 25 years.
News
1 month ago