ISAAC MWAURA: Why Ruto is best placed to lead Kenya

•In 2007, who would have thought that William Ruto would be Raila Odinga’s arch-rival 15 years later?

•Ruto hasn’t vied before since 2013, he agreed to step down for Uhuru Kenyatta hence ending up deputizing him. 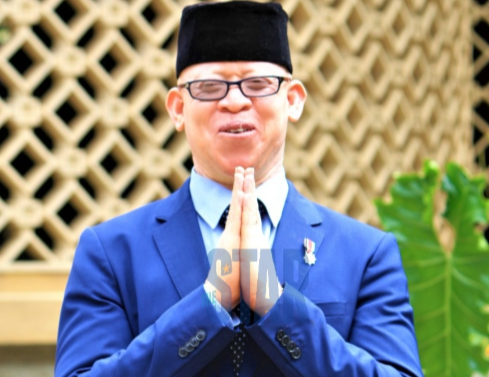 The final day is nigh. What we were waiting for forever is now only 3 days away.

I must confess it’s been a truly difficult journey to be here.

Who would have thought that by 2022, Uhuru Kenyatta and his bitter rival Raila Odinga would be singing the same tune, with the former supporting the latter, against his own deputy William Samoei Ruto?

Who would have thought the mighty Jubilee Party would end up struggling to win seats in its erstwhile former strongholds of Mt Kenya region and Rift Valley?

In 2007, who would have thought that William Ruto would be Raila Odinga’s arch-rival 15 years later?

This is because that year, William Ruto was Odinga’s arch defender and campaigner as part of the pentagon,  a group of 5 key leaders that had coalesced around Raila Odinga, in his quest to unseat then President Mwai Kibaki, who had served a five-year term, against a backdrop of betrayal arising from a pre-election memorandum of understanding between them.

Kenyans have to decide now, between Ruto and Raila who is best placed to lead them.

This is very strange indeed since, for the first time since 1992, there is no leading candidate from the Mt Kenya region, despite having David Mwaure Waihiga, who is largely an also run barely able to secure even one per cent of the vote.

It's William Ruto’s first attempt at the presidency.

He hasn’t vied before since 2013, he agreed to step down for Uhuru Kenyatta hence ending up deputizing him.

Raila will be running for the 5th straight time since 1997, save for 2002, where he backed Mwai Kibaki, after his partnership with then President Daniel Moi didn’t lead to his endorsement as KANU’s presidential candidate.

In all the subsequent elections, he has always ended up second, becoming a leader of the opposition.

Thrice, he has had to ‘handshake’ with his rivals.

In 2007, he ended up in a coalition govt with Kibaki, after Kofi Annan, former UN Secretary-General brokered the truce.

In 2013, Rev Jesse Jackson brokered the handshake at the state house. In 2017, the handshake happened and this displaced William Ruto and his allies from the govt.

William Ruto, on the other hand, has been largely in govt since 1992 when he joined the Youth for Kanu 92 popularly known as YK92 was led by Cyrus Jirongo.

In 2007, he vied to be MP for Eldoret North on a Kanu ticket and he won. By 2002, he had been appointed Cabinet Minister for home affairs and at some point, he was the only assistant minister who would attend cabinet meetings.

During the 2002 general elections, he was the real campaigner of Uhuru Kenyatta as Kanu’s director of elections.

By 2005, he had risen to become the party’s secretary general and together with Raila Odinga and others,  they successfully opposed the Bomas draft constitution against the NARC govt.

When 2007 Uhuru Kenyatta joined Kibaki, he chose to join Raila. That year, he was re-elected with over 80 per cent as Eldoret MP.

He went on to become Minister for Agriculture and later higher education, before stepping down, when him and Uhuru faced charges at the International Criminal Court at The Hague.

Buoyed by public sympathy, the two went ahead to win the 2013 presidential elections.

Ruto has since served two terms as deputy president and if he succeeds in winning this 2022 contest, he will be the first to do so on his first attempt in Kenya’s history.

Arguably, he has never lost in any election of his own since 1997, giving him an edge over his arch rival who hasn’t been very successful.

Raila is now being sponsored by the state, with none other than the president and his ministers declaring open support for him.

He enjoys unrivalled airtime from the mainstream media and has outspent his competitor on the advertisement.

He has however lost his strongholds considerably. Starting with western, Bungoma, Kakamega and Vihiga are now yellow zones, with Kenya Kwanza having eaten into his heretofore assured vote basket.

Raila has support from Luo Nyanza, parts of North Eastern and other pockets across the country.

Ruto has managed to assemble a large group of leaders across ethnic lines using his HustlerNation narrative. He has singlehandedly made sure that the issue to be voted for on the ballot is the ‘economy’.

Having traversed across the country doing up to 15 rallies in a day, he is smart, energetic, courageous and a great crowd puller.

From several reports, he is leading in real numbers on the ground and has connected very well with the masses.

His UDA party is most definitely going to be the largest in both houses of parliament and with the single most number of governors.

Are Kenyans most likely to vote for President William Samoei Ruto?