• Omanyala clocked a slow 10.14 in the heat, missing out on the two automatic and the two non-automatic qualifying spots for the final.

• This comes in the wake of claims of inclusion of 32 joyriders to the list of athletes, coaches and technical officers submitted by Athletics Kenya. 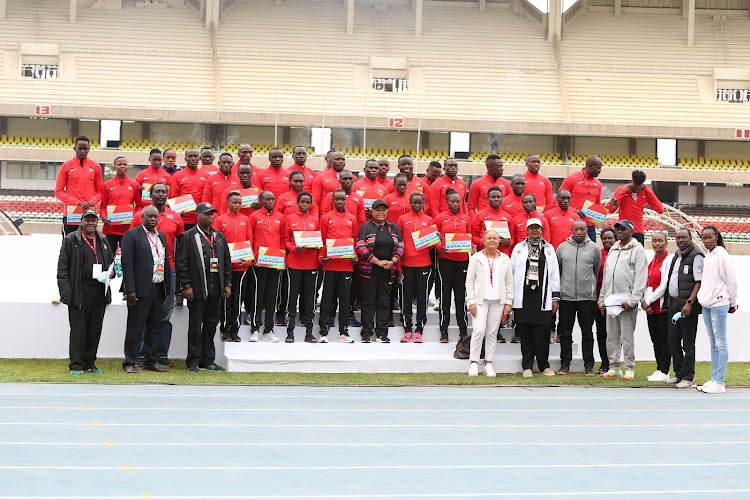 The Director of Criminal Investigation, George Kinoti, and his counterpart in the Office of Public Prosecutions, Noordin Haji, must take action against officials from the Ministry of Sports culpable for the Oregon debacle.

It should also be the case for the so-called “The 32 joy riders” to Oregon for the World Athletic Championships.

That Africa’s fastest man Ferdinand Omanyala will live to fight another day after he failed to make it to the World Championships Oregon 100 metres final after finishing fifth on Sunday morning is a sad start due to the challenges he faced prior to competing in the heats.

Omanyala clocked a slow 10.14 in the heat, missing out on the two automatic and the two non-automatic qualifying spots for the final.

This comes in the wake of claims of inclusion of 32 joyriders to the list of athletes, coaches and technical officers submitted by Athletics Kenya.

The original list is said to have had 80 participants but with 32 joyriders allegedly added, the number surged to 112. This, it is reported, caused the delays in issuance of US visa to, among others, Omanyala

DCI Kinoti has already started investigations into the inclusion saying, “It is really shocking. This is a shame not only to the country but also to the whole world. We shall not accept”.

It is alleged the joyrides paid Sh2 million each in bribes to be included in the list.

This is not the first incident. Other sports officials have previously been charged, with some cases already concluded, as others drag in court.

In 2019, Football Kenya Federation president Nick Mwendwa is said to have ferried dozens of his staff, including his personal assistant, to watch the 2019 Africa Cup of Nations in Egypt, gobbling up millions of taxpayer’s monies in travel and allowances.

The Continental Football Tournament was staged in Egypt between June 21 and July 19 2019, and Mwendwa is accused of taking advantage to include his friends.

In 2021, Former Sports Minister Hassan Wario and co-accused were found guilty in relation to siphoning funds meant for athletes who competed in the Olympics in Brazil in what became the Rio Olympics scandal.

Wario and Ex-National Olympic Committee of Kenya official Stephen Soi were found guilty of corruption and abuse of office in connection with the Rio 2016 Olympics scandal.

The officials were implicated in the Sh88 million scandal in which charges included irregular payment of allowances, that included of joyriders, purchase of their air tickets, leading to misappropriation of funds.

Even though Kenya enjoyed its most successful Olympics after winning six Gold medals, six Silver medals and a Bronze, claims of corruption among top government officials crowed the event tainting Kenya’s image.

And that’s why the officials and the 32 Joyriders must face criminal charges and jail terms to serve as a lesson to others who might someday need to use their positions to benefit.

Did US delay Omanyala visa to lock him out of the competition?

Did US delay Omanyala visa to lock him out of the competition?
Poll of the day
1 month ago