No, Uhuru hasn't given Raila dud cheque in guise of support

Raila’s campaign is full of energy, focus and platform.

•Raila is the beneficiary of this coveted tool of electioneering and there is nothing Ruto or anyone else can do about it. 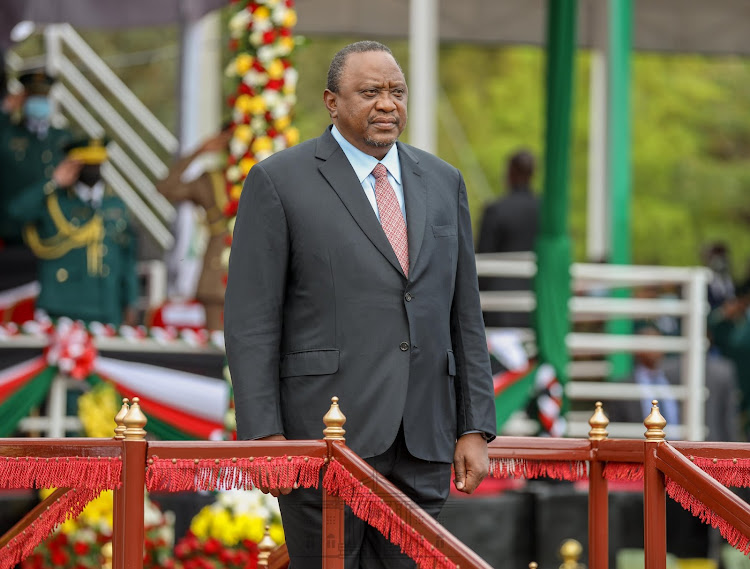 In an article appearing on this website, Kibisu Kabatesi, the spokesman of any party leader and Kenya Kwanza Alliance principal Musalia Mudavadi, made claims which would make a casual reader swallow everything asserted or claimed, but an astute reader would reject everything Kabatesi says.

It is not true that Raila’s campaign is “stymied in energy” neither is it stymied in “energy, focus and platform.”

Making a false assertion or claim does not make it true just by stating it. The opposite of this claim is true; Raila’s campaign is full of energy, focus and platform.

The selection of Narc-Kenya leader Martha Karua has electrified Raila and Azimio’s campaign in a manner Kenya Kwanza Alliance can only dream of. Azimio’s focus has been laser-sharp from its formation and that focus is delivering a third and final liberation of this country.

Azimio is the engine that is driving that delivery and the vehicle in which the vision is housed is the well-thought-out and comprehensive Azimio manifesto.

The very platform Kabatesi claims is “stymied” when it obviously is not—and this is the correct use of the adverb because the proposition it supports is a fact.

The writer goes on to claim that Raila “is hostage to placating Sponsor Uhuru so much so that he’s unable to stand up against obvious flaws in the Uhuru administration.”

According to the writer, “Raila of yore would rail against high-end corruption, runaway high cost of living, unemployment, debilitating national debt, human rights abuse, belittling the rule of law and creeping autocracy. Fighting for social justice has been his unrelenting reform platform since ODM (2007), Cord (2013) and Nasa (2017) election cycles.”

From this, the writer concludes that Raila “is now cast in the squirming role of a conservative defender of the status quo.”

Without going into the weeds on this, let us just say the writer is both condescending and wrong in this assertion.

First, Raila is the flagbearer of a coalition that has been carefully and methodically put together to make sure he is elected.

The insinuation that Raila is being “sponsored” by Uhuru is not only wrong, but it is also condescending.

Second, whining about what Raila is doing or not doing in the Uhuru administration will not improve the deeming prospects of the Kenya Kwanza Alliance, and it certainly will not hoist Mudavadi from the political grave he has yet again dug and lowered himself in it.

Third, when Deputy President William Ruto absconded from his duties and decided to focus on the now moribund presidential campaign, Uhuru sought and has received able help from his brother Raila in governing the country.

The two leaders also know more needs to be done and thus their focus is on making sure that Raila and his deputy Martha Karua are sworn in after the August polls.

The Ernest Hemmingway novel character Kabatesi attempts to use as an analogy is misplaced and leaves one wondering if the writer is just not imagining things.

No, Raila is not an “unquestioning victim, lost in an omnibus Azimio” and neither does the coalition have “deceptive tentacles”. Raila cannot decipher “in fighting for a side he shouldn’t be if he knew the truth.” These are imaginary things in the writer’s mind.

From this imaginary world, Kabatesi declares, this “election isn’t Raila’s; he’s fighting someone else’s battle that will disseminate him.”

Not true, of course, because it is a conclusion predicated on imaginary and false premises.

For the past elections, Raila has been fighting for all Kenyans to finally enjoy that which was promised when the country got independence. Whoever else Kabatesi believes Raila is fighting is only a figment of his imagination and not reality.

Perhaps realizing his arguments and assertions are hollow, Kabatesi recruits columnist Macharia Gaitho to prop up that which cannot be propped up. Gaitho’s assertions which Kabatesi attempts to use in propping up his weak and imaginary claims are just as hollow.

For example, there is nothing wrong with being an “establishment candidate” but both gentlemen are mistaken in believing otherwise.

Embedded in that notion is something the Kenya Kwanza Alliance would wish they had and something Ruto thought he had until he crossed a line he should not have crossed and that is the power of incumbency.

Raila is the beneficiary of this coveted tool of electioneering and there is nothing Ruto or anyone else can do about it.

And, no, being the beneficiary of the power of incumbency does not mean this has “robbed Raila of key traditional planks as the champion of the reform agenda; civil society and intelligentsia that was core to his previous runs.”

Read the Azimio manifesto and you will find each one of these planks rightly associated with Raila as its father or promoter, all are well addressed in the manifest as to what Raila will do for each upon being sworn as our next president.

Kabatesi then goes on even deeper in the imaginary world where he finds Uhuru conniving some scheme to undermine Raila’s candidacy while propping up some imaginary impeachment of Raila upon becoming president. Kabatesi dares to do that which is right and consistent with his coalition’s manifesto.

It would be an exercise in futility to engage in an argument with material born in one’s fertile imagination.

Suffice to say Raila and Azimio are on the right path to the presidency while Ruto and the Kenya Kwanza Alliance are lost in the forest.

KABATESI: In Uhuru succession, Raila is author of Hemingway’s 'For Whom the Bell Tolls'

The telltale signs that Raila’s been played are there. In politics there are no incidences but only happenstance
Siasa
2 weeks ago

How presidential candidates are fairing two months to polls

Radio Africa conducted its SMS poll on June 8 and 9 with a 1.5 percent margin of error
News
1 week ago
WATCH: The latest videos from the Star
by SAMUEL OMWENGA
Star Blogs
13 June 2022 - 15:32