DUNCAN OJWANG': The hustler effect on this election

•The consequences of this model in Kenya are poverty, unemployment, underdevelopment, high cost of living, among others. 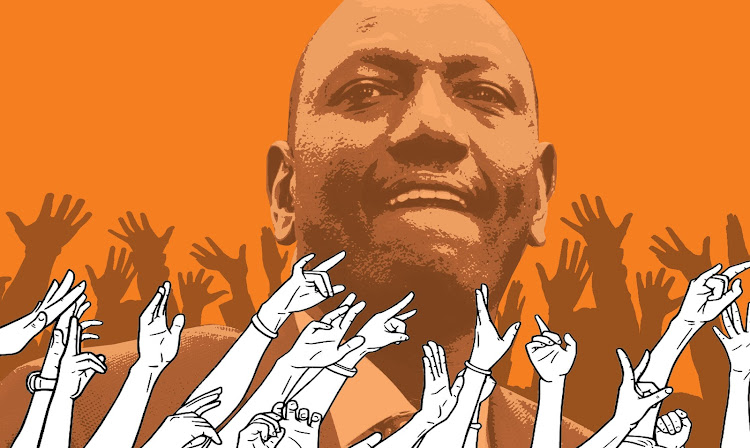 In a 1971 interview with a Dutch Television, Michel Foucault stated: "My thesis is this: the universality of some ideas such ad “trickle down economy” has been acquired at the cost of exclusions, bans, denials, rejections, at the price of a kind of cruelty with regard to reality.

As usual, the exploited majority are led to the idea that they should be grateful to the exploiters. Kenyans cheered as their wealth was recycled back from Kenya in terms of Chinese loans, made after exploiting Kenya's rich resources.

The Political scene in the previous elections has been full of arguments that made it rational for the majority of Kenyan slaves to accept enslavement as tolerable and progressive.

Generally, Kenya voters have accepted that the economic model we have enjoyed perpetuates the massive accumulation by a few people and is characterised by the dispossession of the masses.

The asymmetric flow of wealth has greater consequences for the poor and disproportionately harms those who are at the lower end of the economy.

Nelson Mandela once said that as long as poverty, injustice and gross inequality exist in our world, none of us can truly rest.

For a long time, elections in Kenya have usually intended to confine ideas of economic inequality from campaigns.

However, the August 2022 election is about deconstructing the economy and asking questions on interest, power and justice. Asking fundamental questions is more important than narrow answers and false promises we receive in every election.

I am hopeful that in this election the various presidential choices will contribute to the democratic social transformation.

In my view, this can be achieved by making the issues of interest, power and justice the question for all the presidential candidates to answer.

It is the time for a much broader and inclusive Kenya. This is important because even with our transformative 2020 constitution, the gap between the poor and the rich in Kenya is widening.

In spite of our constitution providing for social justice as one of our values, the social-economic rights are ignored by the state and therefore, remain our current concern more than the political rights championed by the earlier generation of reformers and leaders. Because those questions are helping campaigns to think of a new fruitful way to achieve shared prosperity.

For example, the Bottom-up Economic model can contribute to the establishment and sustenance of a much more inclusive approach and ensure that the economic benefit and cost are more equally distributed in Kenya.

It is a good place to start in order to correct the worsening of the existing economical gap.

Although definition and views on Hustler are varied with many subdivisions, doctrines, and self-critique, they can be characterized in terms of general tendencies of thought and political consciousness which brought the issue that massive accumulation of wealth by a few people, which have been left to take root must be challenged and the voters are given political impetus to protest this inequality.

The consequences of this model in Kenya are poverty, unemployment, underdevelopment, high cost of living, among others.

It appears that UDA raised the political consciousness of these classes and appears that Kenya Kwanza summoned the word Hustler from the English language and send it off to war with the Azimio campaign.

So how does Martha Karua handle a problem like the Hustler language?

This is a group that has not taken lightly the great statistics by the government economist showing that Kenya's economy is growing, yet at the micro-level, the cost of living is becoming intolerable.

They keep asking themselves  questions like “whose economy is growing?” In the mind of local women, these are fabulous fakes and phoney statistics.

One commentator described the Hustler people as a hand grenade tossed to the walls of the exclusive economy which has led to more poor Kenyans and only a few very rich as a  protest.

This is a protest election with the ordinary voters cancelling privileges which perpetuates using those who control the current economic structures.

It appears this is the challenge that a good Deputy President nominee like Senior Counsel Martha Karua is finding difficult to tilt when the overall premise of Azimio's campaign is not built on a strong economic manifesto.

The question that should concern Azimio and occupy their time is how to make this election less about the economy.

Can women, men and youth hustlers reclaim the 2022 Kenya election and lead to Kenya's rebirth, baptism and renaissance?

This article, uses Professor Okombo's seminal work in language and development in order to reimagine the intersection of the word Hustlers and development.

After all, Human right is reviewed as a strong rhetorical language of emancipation, dignity, visibility and inclusivity to change the unfair structures that create and sustains inequality,  hence the rejection of the trickle-down economy over the one packed as the Bottom Up Economy.

In essence, when power is increasingly located outside some members of the community in the undemocratic situations, they are excluded from the language of governance and development and a contributor to a low level of development.

But just like the right policies can enhance the success of groups, so can the right language or word like Hustler can be necessary to assure the development of literacy and creative mass participation in the national discussion and debate.

No sensible leader can deny the advantage of mass participation in development activity.

Prof Okombo will remind us that although functions of language are universal, each culture determines the precise nature of a word, based on the information to be passed and the kind of emotions or desires expressed.

Having words like Hustler does not only allow us to make sense of what we see and hear out there. It also allows us to look inside our minds and soul to ask such questions as; Who are we? Where are we going? Or how do we survive?

So far, the human rights abuse pattern started with the exclusion of the victims, followed by their invisibility and finally a strong control of the narrative by those perpetrating these abuses.

After all, human right is about capabilities and rights are entitlements to put those individuals to those capabilities so that they can confront the roots of economic injustice.

Because increasing human capabilities and choice is the goal of rights talks, questions like the living standard of a  country become pertinent to Hustler.

Generally, a lower standard of living is prima facie evidence of a gross violation of human rights.

In other words, to what extent does the word Hustler seek to vernacularize the universal declaration of human rights, by relatively testing its moral potent in organizing the masses to demand a better society?

Continuously human rights have been articulated in the language of emancipation through dissent of the discriminating institutions, structures of hierarchy accepted as the norm.

As a lecturer of human rights and jurisprudence, this is an exciting time in Kenya.

I enjoy outsider jurisprudence and critical legal theory as the conscious of law and society.

Moreover, as an African, I  enjoy stories,  human stories of resistance, given heart to heart by those people fighting exclusion and demanding their visibility and recognition with or without the law.

Beyond all I enjoy the feeling demand for justice.

Until the arrival of the Hustler narrative, elections in Kenya was not happening between equals but in the interest of the few Kenyans.

UDA said CSs must be neutral or resign and become official ODM agents.
News
1 month ago
WATCH: The latest videos from the Star
by DUNCAN OJWANG
Star Blogs
31 May 2022 - 16:03