The shift to this corporate structure and ethos is going to leave many members of the community, and Kenyans at large, alienated and

• Kenyan Asians whose ancestral origins are from Pakistan, Bangladesh or Sri Lanka must feel concerned about the inclusivity of this project.

• Words and terminology are important indicators of intent and attitudes. 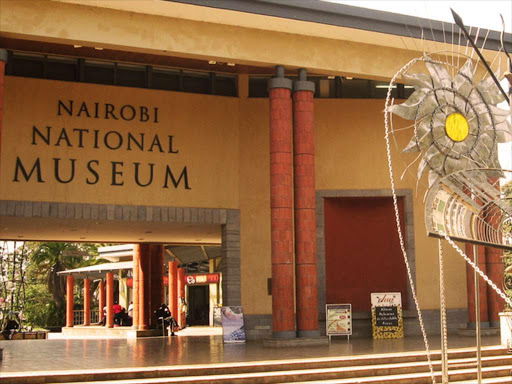 The 're-launch’ and ‘preview’ of the Asian African Heritage Gallery on  March 24 at the National Museums of Kenya  was celebrated with much pomp and pageantry.

It was a full house  of Kenya’s Asian community leaders and government officials, including Sports, Culture and Heritage CS Amina Mohammed. The optics were impressive and the speeches full of praise and accolades to the team that leads this initiative.

However, reading between the lines, there are many intriguing unanswered questions but first a short introduction for those not familiar with the subject matter.

In 1997, at the request of NMK director general Mohamed Isahakia, Kenya’s Asian community was urged to share aspects of their history with Kenyans at large, and were offered the museum as a venue.

For the three years that followed, the community set about defining its identity and history, and collecting the material culture to portray these aspects.

Its hallmark was its inclusivity. The trust had managed to showcase the collective memory, environment, history and culture of this community in the national context.

Most importantly, the exhibition had fulfilled the preamble to the Constitution which states: "We, the people of Kenya -… Proud of our ethnic, cultural and religious diversity, and determined to live in peace and unity as one indivisible sovereign nation …’.

The exhibition was the voice of Kenya’s Asian community; not a business venture.

In 2005, NMK underwent a major up-grade and the exhibition had to be dismantled. This was done with the definite intention of reconstituting it within a year or two. Unfortunately, a decade and a half passed and the space provided by the museum remained unutilized. Queries about the status of the exhibition were invariably met with: ‘It is happening.’

On March 24, 2022, the response materialised with much ‘pomp and glory’, leaving in its wake several intriguing unanswered questions.

This was the first public acknowledgement of this major change; did we, the stakeholders, not deserve an explanation?

In the absence of any explanation, one has to assume there has been a tussle of ownership between the new sponsors of the gallery and the original trustees of the AAHT.

It is a well-known fact that the AAHT has struggled financially over the last 20 years or so to keep this project alive. This then is supposedly where the Asian Foundation comes in.

The AF is a membership foundation comprised of wealthy Asian business persons, who it seems have now taken over the exhibition by separating the roles of the AAHT and the AAHG.

As is said, those who pay the piper call the tune. This corporate capture clearly follows the global trend where the corporate world takes over philanthropic and government projects and then subverts the original vision to serve own selfish and profit-orientated goals.

As for the newly relaunched Gallery, it was hugely disappointing to see this rather pathetic beginning of a project that has been so many years in the making. What has gone wrong? Why engage a non-Asian and apparently non-Kenyan curator for a local project that was immensely successful and inspiring in its first phase? All it needed was to be replicated. Or is this then another case of ‘Corporate Capture’?

Why has the AAHT found it necessary to completely change the initial project focus of a community-based and community-owned exhibit consisting of authentic material culture, history and memory and one that was so widely acclaimed?

If what we saw and heard at the re-launch is anything to go by, then the shift to this corporate structure and ethos is going to leave many members of the community, and Kenyans at large, alienated and disappointed.

Surely, a ‘preview’ did not call for the extravaganza of a corporate launch. It would have been much more productive to bring together different focus groups from the Asian community and the larger cultural community in Kenya (and perhaps from the region) to generate dialogue, creativity and ownership, all of which now sadly seem doomed. The process seems to have narrowed inwardly rather than expanded outwardly.

Words and terminology are important indicators of intent and attitudes. One of the lead speakers struggled with the concept of ‘Asian’ and was clearly more comfortable with identifying the community as ‘Indian’.

Is he still wedded to our colonial past,or was it deliberate? Was there a whiff here of India’s Hindutva ideology?

Kenyan Asians whose ancestral origins are from Pakistan, Bangladesh or Sri Lanka must feel concerned about the inclusivity of this project.

Finally, sorely missed was any mention of Kenya’s most loved and revered Asian patriot Pio Gama Pinto. Missing too was Makhan Singh, the hero of Kenya’s work force.

And what about all those self-less and dedicated journalists, lawyers, trade unionists, freedom fighters and leaders who have made it possible for the corporate world to grow and function?

Claiming fame cannot be an ego trip. This was patronage politics at its best.

But perhaps that is what the present leadership stands for – a rejection of the nationalist credentials of the Asian community and a surrender to the corporate world. Pity!

Kenya House: a virtual tour of the country's art and culture

It aims to connect local companies with investors and customers.
Business
1 month ago
WATCH: The latest videos from the Star
by CONCERNED KENYANS
Star Blogs
13 April 2022 - 19:00