Advanced cookstoves and fuels can reduce black carbon emissions by 50-90%.

•Household fuel use in Kenya currently contributes 22-35 million tonnes of CO2 eq each year and is equivalent to 30-40% of total Kenya GHG emissions.

•A great investment is required to grow the clean cooking sector for the achievement of the targets. 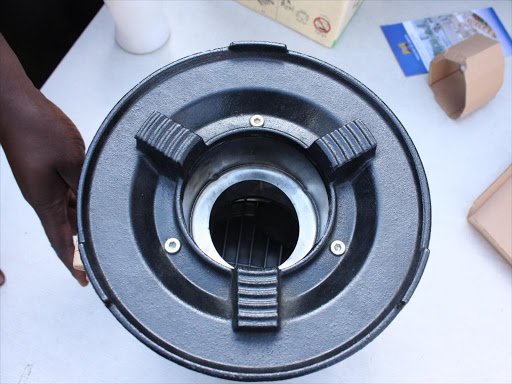 "Energy saving jiko reduces the amount of charcoal use and the emission of carbon monoxide that has kills a million people in a year."

One of the major implications of the widespread use of solid fuels is its significant impact on Climate Change. On average, 25% of all black carbon arises from inefficient cooking and lighting. A high concentration of indoor air pollution increases the risk of acute respiratory infections (ARI) leading to 4.3 million deaths attributable to indoor air pollution.

Household fuel use in Kenya currently contributes 22-35 million tonnes of CO2 eq each year and is equivalent to 30-40% of total Kenya GHG emissions. A great investment is required to grow the clean cooking sector for the achievement of the targets.

Demand for fuelwood and charcoal has long been associated with increased deforestation, forest degradation, and reducing carbon uptake by forests. Over half of all wood harvested worldwide is used as fuel, and biomass used for cooking is 27- 34% non-renewable, with large variations by country/region, this is according to Bailis et al.

Burning solid fuels for cooking emits some of the most significant contributors to global climate change; carbon dioxide, methane, and other ozone-producing gases such as carbon monoxide, as well as short-lived climate forcers like black carbon. The Stockholm Environment Institute 2013 report states that the global potential for greenhouse gas (GHG) emission reductions from improved cookstove projects is estimated at 1 gigaton of carbon dioxide equivalent (CO2e) per year. Carbon markets can incentivize reducing these emissions.

One of the leading sources of Household Air Pollution (HAP) is the use of solid fuels and kerosene in traditional and inefficient/simple stoves such as open fires, which leads to the emission of large amounts of pollutants such as particulate matter, carbon monoxide, hydrocarbons, oxygenated and chlorinated organic compounds. With fossil fuels like kerosene, all the emissions contribute to climate change. With biomass fuels like crop residues, fuelwood, and charcoal, some of the CO2 that is emitted when the fuel is burned may be recovered when new biomass grows.

Acute lower respiratory infections are considered the second largest cause of death and are linked to 26% of all deaths reported in hospitals in Kenya. Other diseases linked to HAP exposure include ischemic heart disease (IHD), chronic obstructive pulmonary diseases (COPD), and stroke. Lower Respiratory infections such as pneumonia and acute bronchitis have been the greatest contributor to HAP-related deaths in Kenya. According to the Clean Cooking Sector Study, it is estimated that HAP claims up to 21,560 lives yearly.

Clean cooking solutions are the second impactful way for Kenya to reduce emissions. Increased fuel efficiency and the introduction of alternative fuels, utilizing renewable fuel sources, can reduce climate emissions caused by cooking. To achieve a significant climate impact, uptake of clean and efficient stoves and fuels must be large, and stoves must perform well in homes. Existing methodologies estimate that clean and efficient stoves can save anywhere from 1-3 tonnes of CO2e/stove/year, with 1-2 tonnes being most common.

In the recent past, the government has invested substantial resources in the energy sector to spur economic growth though this has been mainly skewed to energy for lighting both at the national and county level. Still, clean cooking has failed to enjoy similar attention in energy, donors have always come forth to bridge the financing gap in the clean cooking sector by shifting their energy priorities to include clean cooking.

The government's commitment to ensure universal access to clean and modern clean cooking solutions by 2028, is largely influenced by adequate investment in the sector. Kenya has committed to cut its carbon emissions by 30% with a determination that after the geothermal resources.

Kenya submitted its Intended Nationally Determined Contribution (INDC) to the United National Framework Convention on Climate Change. The document sets the 2010 baseline total greenhouse gas emissions at 73 MtCO2e Land use, land-use change, and forestry. Household-level cooking is, therefore, a prominent contributor to total national emissions. The National Climate Change Action Plan (2018-22) notes that uptake of improved cookstoves with higher conversion efficiency has the largest potential for GHG emission reductions highlighting the importance of the cooking sector in Kenya’s quest to meet her NDC.

In addition to ensuring energy access for all, the targets have a focus on the use of cleaner cooking technologies to reach this goal. This is especially critical in consideration of risks posed by climate change and the need to mitigate this risk through reduced emissions.

There are also major gaps in understanding the social, health, and environmental costs of various cooking solutions. There is a need for a call for the development and implementation of a cooking sector market transformation programme that fundamentally changes the cooking sector.