Rampant and unbound corruption is undoing all of our Mashujaas sacrifices.

• Rampant and unbound corruption is undoing all of our Mashujaas sacrifices.

• The unfettered dragon has consumed with unerring ferocity, a significant portion of our Treasury. 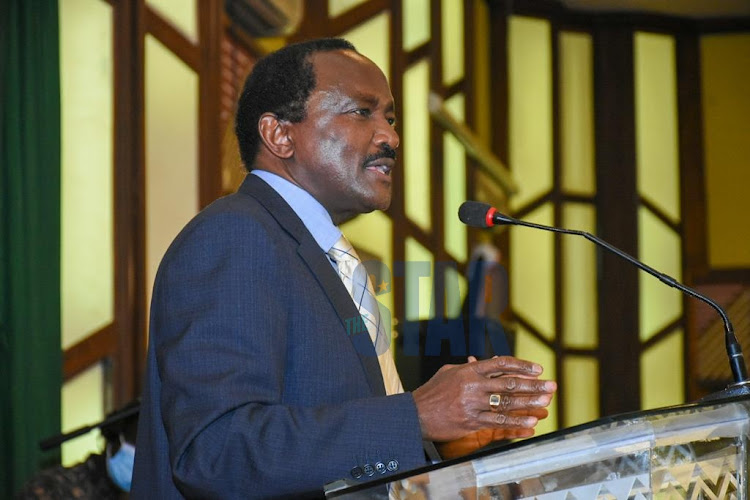 On the eve of 20th October 1952, heavily armed British police and home guards in a crackdown known as “Operation Jock”, inhumanely invaded 106 marked African nationalists’ homesteads across our nation.

The “106” were alleged to be leaders of the Mau Mau insurgency against British colonial domination.

On 20th October 1952, a State of Emergency was declared that also came with the imposition of a curfew from dawn to dusk.

Nine years later, by the time Kenya gained its Independence, over 90,000 Kenyans had been executed and/or tortured according to the Kenya Human Rights Commission and, more than 160,000 detained in less than humane conditions.

These hundreds of thousands of women and men ignored self-interest and personal aggrandisement for our peoples political and economic freedom from the yoke of colonial rule.

These Mashujaas at great personal cost to themselves and their family bequeathed us our country Kenya.

They are the earliest enduring examples of our liberating and ennobling Kenyan spirit.

Over the decades, many more Mashujaas have flown our flag in tears, opportunity and victory celebrations.

The terms environment preservation and conservation will forever remain synonymous with her.

Daniel Ndambuki aka Churchill  - grasped the opportunity presented when he teamed up with five others among them Walter Mongare and John Kiarie in 2000 with their rib-breaking comedy show “Redykyulass”.

Today, Churchill – described by CNN as “one of Africa’s funniest comedians” - is not just the King of Comedy, but a tremendously successful entrepreneur featured in exclusive “Who Is Who!” lists.

Eliud Kipchoge challenged us all with his now immortalised mantra “No Human is Limited” after running a history-making time of 1:59:40:2.

By so doing, Kipchoge, the greatest marathoner the world has ever seen, become the first human to break the two-hour barrier for the marathon.

These are just a few examples of our nationally and internationally recognised Mashujaas.

However, rampant and unbound corruption is undoing all of our Mashujaas sacrifices.

The unfettered dragon has consumed with unerring ferocity, a significant portion of our Treasury.

Our coffers are an inch short of empty. We are few steps away from being declared insolvent. This dragon has eaten our present and threatens our future.

If we fail to act now in slaying this dragon - decisively and without remorse – there will be no Mashujaa Day to celebrate in the year ahead to come.

The War Against Corruption thus requires all of our efforts.

From odi to bazenga to the Chief Justice and President, we must in our different and diverse ways urgently come together and Say No to Corruption.

In order to achieve our ultimate goal of a Corrupt Free Country, we must all first refuse to be divided in any way; be it ethnic or perceived class stations.

These shameless looters unabashedly hide behind tribes and perpetuate class wars to stay ahead of the law and out of jail.

They run around the country talking about ways of empowering the masses by handing back some of the stolen money.

That stops with the One Kenya vision.

One Kenya will decisively and aggressively pursue all the corrupt with the same speed that they emptied our coffers.

We will get back what is yours with interest. We will put to an end the narrative that “our tribe is being targeted” when arrested, charged in court and asked to account for their loot.

One Kenya will use all your recovered monies to restore dignity, development and opportunity for all Kenyans in every sphere of life.

We however require you to register to vote.

As One Kenya we recognise that this voter apathy is directly attributable to the slow pace in War Against Corruption.

Yet, corrupt leaders are elected by good citizens who do not vote or register to vote.

Your registration and active participation in the electoral process at all levels thus matters if we are to once and for all slay this Corruption menace. We ask you not to let your Choice be Outvoted.

This is how we honour the sacrifices of our Mashujaas past, present and future.