ROSALIND NYAWIRA: Like a phoenix, Kenya rises above terrorism

Terrorism has a geo political dimension and the rise of Taliban has boosted the morale of terrorist world over.

•Its encouraging that the country while not forgetting the incident, moved on to overcome the challenges associated with that attack.

•It was troubling to the country then as it remains with the survivors and their families, but the spirit of resilience has overcome this cowardly incident. 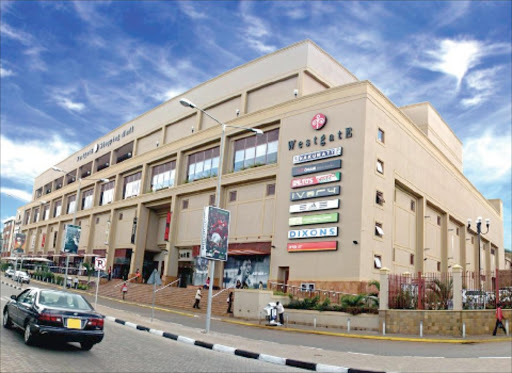 The Westgate shopping mall in Westlands, Nairobi where terrorists staged an attack in September 2013
Image: FILE

We remember today, 21st September, one of the blackspots in the country’s experience with terrorism by honouring the 67 individuals who lost their lives in this henous attack.

Its encouraging that the country while not forgetting the incident, moved on to overcome the challenges associated with that attack. It was troubling to the country then as it remains with the survivors and their families, but the spirit of resilience has overcome this cowardly incident. The story of Westgate mall reopening its doors is the epitome of Kenyanness and the spirit of resilience, where we always rise like the phoenix from the ashes.

Our ability to endure trials is what propells our marathon runners to endure the limits of human capabilities. Although it manifests itself differently in all Kenyans,  the common factor in the spirit of resilience is the determination to break through barriers that look impossible. With determined hearts and minds, Kenya remains victorious against terrorism and all its manifestations. We remind ourselves not to look at  these numbers as part of  statistics, but rather honour these sons and daughters who fell to the cruelty of an outfit that seeks to undermine Kenya's quest for a peaceful nation.

We choose to remember those left behind and are still haunted by the attack on innocent human beings. Despite the scars they carry, they remain heroes and heroines who survived the cruelty and symbols of human determination. It is said that a traumatising event like terrorism starts once the violence is over, turning into a test of mental fortitude for the survivors and their families. Although the physical absence of the act does not take away the memory of the experience, it ought to inspire us to remain united against a common enemy who can never break our resolve, determination and aspirations for a prosperous Kenya.

Triumph over terrorists is being achieved through holistic counterterrorism efforts that encompass a hybrid of soft and hard approaches. Countering terrorism begins with putting in place preventative measures. To this front, the Government has adopted a “whole of society” approach to counter radicalisation and run programs on disengagement, de-radicalisation and reintegration. The National Strategy to Counter Violent Extremism (NSCVE) is being implemented by various government agencies through the County Action Plans (CAPs).

The CAPs model is an innovative measure that seeks to involve participation of the citizenry at the devolved level in coming up with solutions that speak to the local nuances exploited by violent extremist. They bring on board stakeholders drawn from the business community, academia, security sector and civil society. Mombasa County Action Plan is an example of a localised approach against violent extremism that has received recognition from the Global Strong Cities network. In addition, community resilience against violent extremism has been ensured through heightened awareness creation regarding radicalisation and tactics of the terrorists.

The Government has adopted a multi-agency approach which has led to better sharing of actionable intelligence. In collaboration with International partners, the Government has also intensified trainings meant to improve on the capacity of these stakeholders to counter terrorism. Over 2000 guards drawn from  private security firms under the umbrella of Kenya Private Sector Alliance have been trained on hardening targets against potential terrorism threats, while guarding against stereotypical traps.

Mainstreaming of the media in the overall government approach to dealing with the menace has been heightened. From a legal perspective, there has been an amendment of security laws such as Prevention of Terrorism Act to address terrorism related offences and the enactment of legislation such as Anti Money Laundering Act that criminalizes the logistics chain aimed at sanitising terrorist proceeds. The Judicial arm of the Government has also established special courts to fast-track cases related to radicalisation and terrorism.

These efforts have also been expanded to Kenya’s correctional system. The collective efforts from the citizenry and the state have made it harder for terrorist groups to carry out attacks within the urban areas. This has seen violent extremism significantly reduce within these localities. The situation has forced the enemy to shift most of his operations to the Kenyan border, targeting non combatants and security personnel.  For this, there has been heightened vigilance both at the local and national levels of Government.

The handling of the 14 Riverside years after the Westagate  attack showcased the significant improvement among national tactical teams and mutual Standard Operating Procedures (SOPs) meant to enhance their coordination. The Government has fast tracked  modernisation of tactical operational units of the KDF and NPS among other national security agencies. This compliments the technical skills for apprehension of terrorist offenders.  The Government has deployed additional elite police units to terrorism hotspots to guard critical government installations and public property that have become main targets of attack by Al-Shabab militants.

The Kenyan security officers have also intensified surveillance along the borders to prevent any infiltration by Al-Shabab militants into the country. In addition to targeted military offensive, our surveillance, community policing and intelligence sharing tools have been strengthened to preempt future terror attacks. This has taken efforts in effective collaboration and coordination among various state and non-state actors.  Terrorism has a geo political dimension and the rise of the Taliban has boosted the morale of terrorist world over, which has put many countries including Kenya on high alert.