This may be the beginning of a humanitarian crisis that will last for years.

• Unless the international community takes decisive action immediately, this is only the beginning of a humanitarian crisis that will last for years.

• Half of the population – more than 18 million people, including 10 million children – need urgent humanitarian assistance, and hundreds of thousands have been forced to flee from their homes. 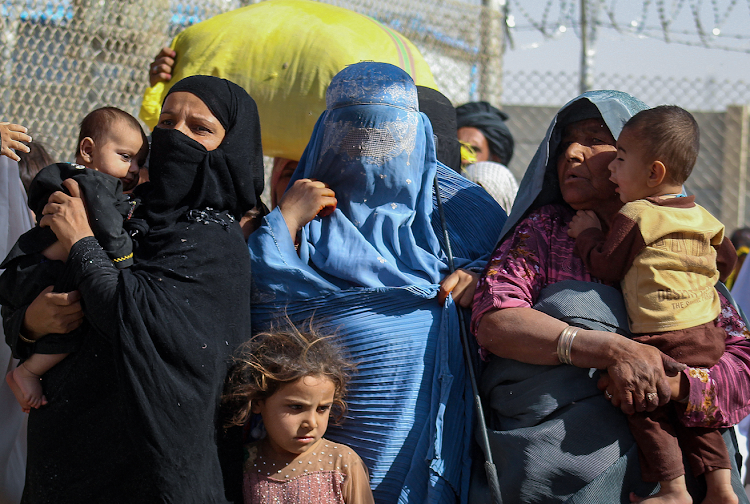 At a government-run maternity clinic in southern Kandahar province, Afghanistan, a woman is scared of losing her unborn child.

Wati – pregnant for a fifth time in four years – has already had two miscarriages.

"I am afraid I will lose the baby again," she tells an AFP journalist. "I only have permission to leave the house to go to the doctor”.

Her words speak volumes about the ‘new normal’ in Afghanistan – a country where women now need permission from the Taliban to leave the house.

As the country plunges into chaos, thousands of women like Wati await a worsening fate. Even limited freedom of movement and access to health care, slowly improving over the past 20 years, is no longer a given.

Women and girls, children, and adolescents are already paying a terrible price in fear and oppression at the hands of the Taliban.

Unless the international community takes decisive action immediately, this is only the beginning of a humanitarian crisis that will last for years.

The situation is getting worse by the day. 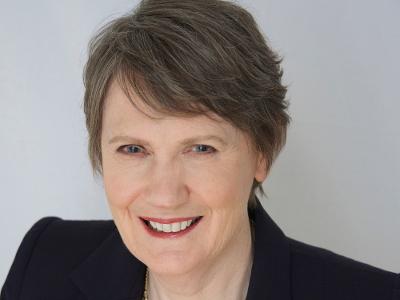 Helen Clark is the Board Chair of The Partnership for Maternal, Newborn and Child Health, and Former Prime Minister of New Zealand.
Image: COURTESY

The lives of millions of women, children and adolescents hang in the balance – 20 years of hard-won progress toward liberty has been cancelled at a single stroke by the Taliban’s resurgence.

The unfolding humanitarian crisis is appalling.

Half of the population – more than 18 million people, including 10 million children – need urgent humanitarian assistance, and hundreds of thousands have been forced to flee from their homes.

The numbers of internally displaced people have more than doubled since May.

Yet suffering is not new to Afghanistan, long one of the most dangerous places in the world for women and girls.

Even before the pandemic and the recent turmoil, more than one-third of Afghan women were victims of intimate partner violence.

Weak health systems were already understaffed and under-skilled, with few supplies and equipment to rely upon.

Afghanistan’s education system has been severely hit by decades of conflict and poverty. While more girls have gone to school since 2001, many others are still denied education.

This significantly increases the risk of violence against them and the burden of unpaid care and domestic labour.

Unless the Taliban have completely changed, which seems highly unlikely, their return to power sentences the country’s women and girls to lives of violence, oppression, servitude, and lost opportunities.

In 2019, the conflict caused the closure of around 722 schools, affecting 330,000 children and adolescents.

Attacks against schools continued during the COVID-19 pandemic, with nine attacks between April and June 2020 alone.

During the stepped-up conflict as the Taliban advanced across the country, many families lost their livelihoods, putting girls at greater risk of being forced to marry early, while others have taken on caregiving responsibilities.

The horrifying events of the last few weeks are therefore just the latest in Afghanistan’s inter-generational cycle of gender inequality, crisis, poverty, and conflict.

The international community must not abandon the country now.

Global leaders in humanitarian aid have called for an end to violence and for all parties to “allow and facilitate safe, rapid, and unimpeded access for humanitarian workers – both male and female staff – so that they can deliver aid to civilians in need wherever they are.”

leaders can see on their TV screens that women, children, and adolescents in Afghanistan desperately need their help.

In response, they must rapidly increase investments in humanitarian assistance, immediately reinstate the COVID-19 response and recovery plans, and create and fund global coalitions to help the people of Afghanistan.

They must provide protection and resources to health professionals and aid workers, including access to the essential commodities, equipment, and medical supplies they need.

All approaches and programs must explicitly tackle gender-specific barriers to health care and other services.

A strong and decisive multi-stakeholder response is required. UN agencies, NGOs, donors, academics, the private sector, and anyone else with useful and relevant skills should collaborate unreservedly to support these efforts with guidance, resources, expertise, and funding.

Emergency pooled funds, for example in Somalia, have been critical in bypassing unresponsive funding mechanisms, political interference in the provision of care and services, competition for funding, and delays in the release of funds.

The voices, faces and stories of the people of Afghanistan must spur us on to immediate and decisive action to support them in this time of deepening crisis.

Women, children, and adolescents have a right to live free from persecution, and to have access to, health and education and to their full economic, social, and political rights if Afghanistan itself is to recover and thrive.

Helen Clark is the Board Chair of The Partnership for Maternal, Newborn and Child Health, and Former Prime Minister of New Zealand.