KIMAIYA KIMAIYA: Too many lives lost in Kerio Valley, when will it end?

• To be precise, Interior CS Fred Matiang’i, top security chiefs led by IG Hillary Mutyambai and elected leaders have failed in looking for lasting solution to the problem.

• It’s shocking that no week passes without innocent lives being lost in the region, especially the Marakwet side, and that it is business as usual for those responsible for protecting peoples lives and property. 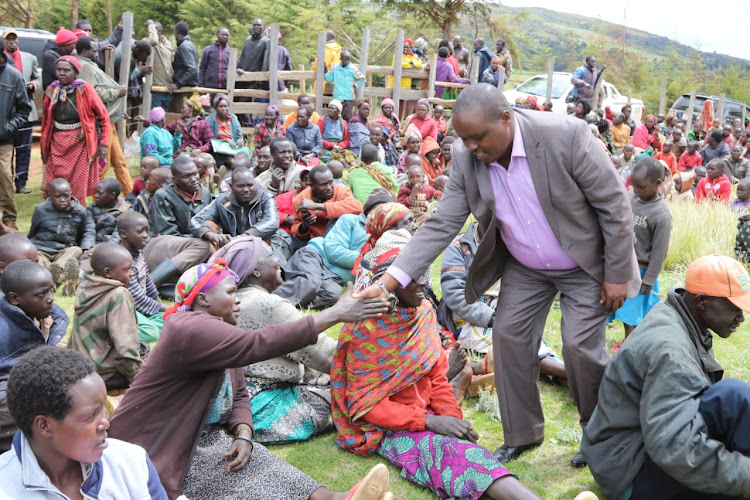 The continued killing of innocent people along the Kerio Valley of Marakwet East by cattle rustlers from the neighboring Tiaty constituency, despite presence of hundreds of security personnel, is sickening.

To be precise, Interior CS Fred Matiang’i, top security chiefs led by IG Hillary Mutyambai and elected leaders have failed in looking for lasting solution to the problem.

It’s shocking that no week passes without innocent lives being lost in the region, especially the Marakwet side, and that it is business as usual for those responsible for protecting peoples lives and property.

On Sunday, heavily armed bandits raided Kapsogom village, a kilometer from Tot GSU camp, where one person was killed and another seriously wounded.

As usual, the rustlers made away with unknown number of animals and no leader has come out to condemn or raise the issue with the government agencies over the matter.

Elgeyo Marakwet elected leaders from MPs, senator, and governor to the grassroots level are behaving as if nothing is taking place in the valley. People along the valley are left on their own.

The leaders are busy engaging in 2022 politics at the expense of addressing insecurity challenges facing the people.

Matiang’i recently issued a 60-day curfew from 6pm to 6am affecting some areas along the valley, forgetting there are areas that such curfews won’t help.

That curfew was meant to curtail movement of residents from the Marakwet side since it’s hard to monitor cattle rustlers who live in thick thickets that no security officers can access such areas.

Residents along the valley are Kenyans and have a right to enjoy peace and engage in their development activities just like the rest of the country.

People are now abandoning their homes and farms to live in caves along the escarpments to evade cattle rustlers as if they are not part and parcel of this country. This means there is looming hunger as people have abandoned their farms.

It is time the government takes the issue of insecurity along the valley seriously and stops wasting time and resources on frequent peace meetings that are just followed by raids.

A recent peace meeting held in Tot and attended by Matiang’i was followed by attacks two days later where the rustlers killed four people.

There is no need for top government officers to travel to Tot from Nairobi and issue ultimatums to cattle rustlers to surrender and upon the expiry of such ultimatums; nothing is done to contain such situations.

Meanwhile, the posting of a special Deputy County Commissioner to Tot along the Kerio Valley in the pretext that it would help in the fight against banditry and cattle rustling incidents in the area is duplication of duties and waste of resources.

Tot, falls under Marakwet East constituency, where there is a DCC based in Chesoi, the headquarters of the constituency and therefore should be the one supervising security matters in the valley.

It should be clear that more than six attacks have happened along the valley despite the presence of the DCC.

This is why the government needs to go back to the drawing board and come to term to the fact that the unrealistic measures including curfews it has put in place to end Kerio insecurity are not working and therefore change tact in ending this menace.

Kerio Valley residents are entitled to peace as enshrined in the constitution and nothing less.

But for heavens sake, how many people should be killed so that the government demonstrates its seriousness in ending banditry and cattle rustling incidents along the Kerio Valley?