Kimoi Chelal, 84, no longer has the energy to flee the bandits in Baringo

• Unable to run anymore from bandits in Baringo, poor old woman is resigned to fate 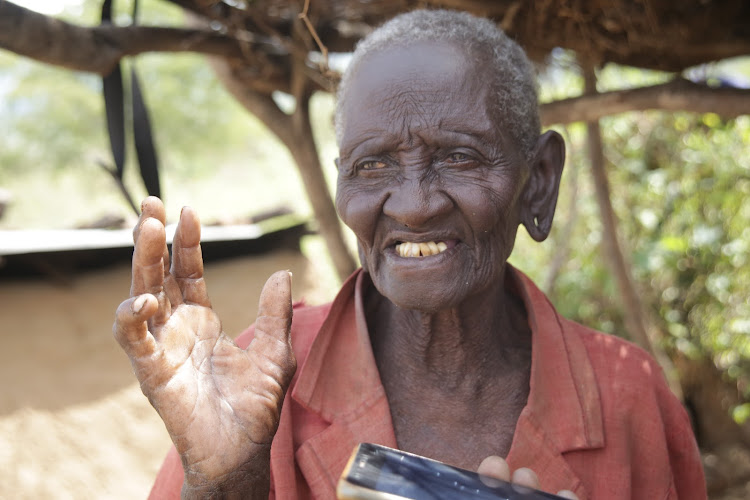 After more than 30 years of being a fugitive in her own country, an 84-year-old grandmother in Baringo is now ready to face the bandit's bullet.

Kimoi Chelal, alias Kop Jepkemoi, says her frail heart and body is tired of shocking gunshots due to frequent banditry.

Banditry has been a recurring problem in the North Rift since the 1970s but escalated in the mid-2000s.

More than 300 people, including children, have been killed and many maimed since 2005, and thousands of heads of livestock have been stolen.

Chelal was among the 800 people, including children, who were attacked and displaced by bandits four years ago, in February 2017.

“If the bandits storm in today, I am ready to face them and die because I am already growing old, weak and helpless,” Chelal told the Star.

For three decades, the elderly woman has not rested since she runs up and down together with people every time for fear of bandit attacks.

She currently lives with her two grandchildren in a grass-thatched mud-walled structure in the volatile Chemoe village, Baringo North.

During the attack that displaced her, more than 20 people were killed, others got maimed and thousands of livestock were stolen.

The rest, including granny Chelal, were forced to pitch camp at Chapin up the Saimo hills, near Bartabwa.

Chelal sees life as useless when she watches a younger generation being wiped out while she is still alive. “I am ready to die and follow them,” she said.

If the bandits storm in today, I am ready to face them and die because I am already growing old, weak and helpless

Recounting her displacement, the granny said it took her two days to trek up the hills. Back then, she was somehow able to walk, “unlike today, I can’t even manage the shortest distance”.

Chelal says her sickly and weakening body no longer supports her to run fast with youngsters whenever the armed bandits strike.

Many other vulnerable elderly persons, expectant mothers and children are living in fear, not knowing when they will be attacked and shot dead.

“Every time I hear gunshots, my heart breaks and I feel like collapsing,” Chelal said, adding that she has always wanted to flee to a peaceful place but she can’t manage.

She wishes the government could conduct a serious major security operation to flush out the bandits and ensure people coexist peacefully.

However, the bushy and rocky weather road stretch heading to Chelal’s home in Chemoie village off the Marigat-Loruk-Chemolingot highway is deserted and only ‘smells’ of gunshots.

The place is still inhabited by the warring Pokot, Tugen and Ilchamus pastoral communities in the bandit-infested Tiaty, Baringo North and Baringo South subcounties.

LEFT TO OWN DEVICES

Chelal, like other victims, lives in abject poverty. She has only five goats after losing close to 50 to the bandits.

“I can’t even sell one to afford my basic needs like food, clothes and shelter,” she said.

Her home is adjacent to the family of the slain chief Roktok, who are equally disadvantaged. They are faced with hunger, health and school fees problems.

Earlier the government had allocated part of the National Youth Service funds to construct three-bedroom houses for the victims, but the deal never materialised.

“Why is he always seen traversing the country to address insecurity, leaving out Baringo?” he said.

He said the NPR used to help police officers repulse the bandits and protect the lives of people and their property. 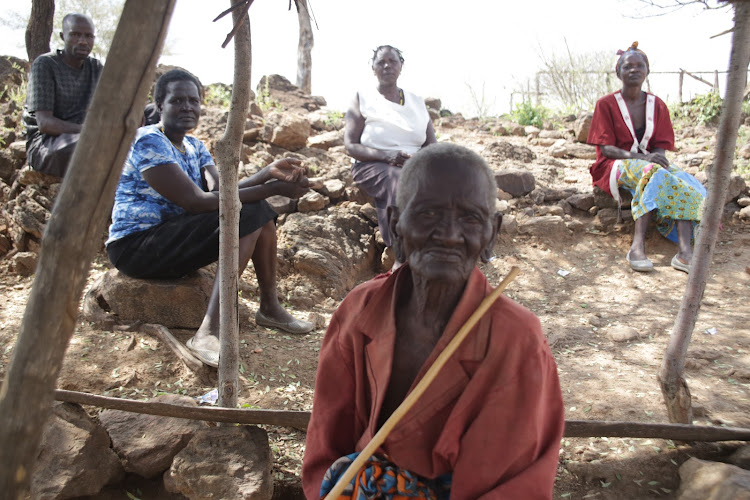 The meeting was attended by 50 leaders and more than 300 residents from West Pokot, Baringo, Elgeyo Marakwet and Turkana counties.

They said Pokots were also killed and wounded by government shoot-to-kill orders in 2017 and hence should also be compensated, or no one should get a payout.

“If the government is really committed to finding lasting peace, then it should shelve mentioning anything to do with compensation to the affected victims,” Kamket said.

Kamket said that as he is a Pokot leader, he opposes compensation.

“Personally, I am more than willing to attend many peace crusades to unite the warring communities, but I don’t support pleas for compensation,” he said.

The MP said the government cannot compensate some affected communities while leaving out others. “It is fine if all of them are factored in,” he said.

He was reacting to a statement by Mochongoi MCA Kipruto Kimosop, who suggested the state should compensate the attack victims.

“For many years, our people bordering Tiaty subcounty have suffered great loss of human lives and livestock due to attacks by bandits,” Kimosop said.

Lonyangapuo, who shouted down the angry MCA, called him a "leadership toddler".

“Listen, young man, you should keep off such childish thoughts. Forget it like you forgot suckling your mother’s breasts. Surely do you think a professor like me can be a thief?" Lonyangapuo asked. 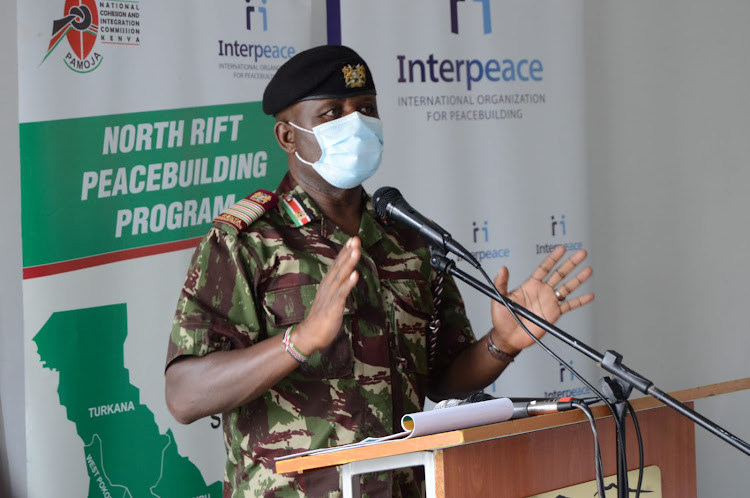 Compensation was not among the resolutions made, which included immediately opening security roads, installing communications networks and holding peace meetings across the volatile region.

Natembeya said the government is ready to compensate the attack victims only if a bill is passed in either the national or the county assemblies.

Contacted for comment, Baringo North MP William Cheptumo said he had 2014 tabled a bill in Parliament calling for victims' compensation.

“The law was passed unanimously but since then it has never been implemented,” he said.

He said a security operation is ongoing and they have seized more than 70 illegal guns and many stolen animals.

More than 6,000 illegal guns are still reported to lie in the hands of the civilian in the North Rift, causing the endless retaliatory bandits attack.

“We fear some leaders are colluding with government agencies to do some hidden business under banditry while pretending to be seeking peace,” he said.

Chepsongol added the government cannot be trusted since it withdrew the NPR late last year.

“As we speak, tension is high in our villages. Armed bandits are resurging, threatening attacks, while the government officials pretend to host boardroom security meetings that have no effect,” he said.