AGGREY ALUSO: It's time we went past cold Covid-19 statistics

He was clearly an energetic mzee who would easily ride 20KM to the market and make it back without breaking a sweat.

•As we laid my uncle to rest, four other village mates were being laid to rest under watchful eye of the police.

•A day after we laid my uncle to rest, my village electrician whom we fondly referred to as Silo succumbed after about a week of ill health which included coughs and body aches. 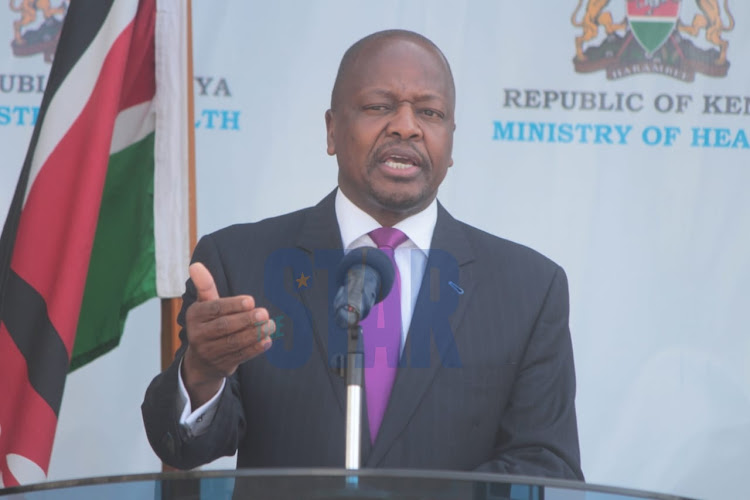 I write this from Muhoroni Sub-County of Kisumu County, where I am because I came to support the send-off of my uncle Simeon Aluso who succumbed to COVID-19 related complications. This was just about six months after we buried my father, also because of COVID-19 complications in January. As we laid my uncle to rest, four other village mates were being laid to rest under watchful eye of the police. A day after we laid my uncle to rest, my village electrician whom we fondly referred to as Silo succumbed after about a week of ill health which included coughs and body aches.

He was never tested for COVID. As I prepared to leave for Nairobi, another dreadful phone call came through announcing the demise of mzee Obonyo Jalala, a veteran teacher who shaped many lives. A dependable repository of knowledge. I personally benefited from his resourcefulness some years back in an academic research. He was clearly an energetic mzee who would easily ride 20KM to the market and make it back without breaking a sweat. He would have easily lived many more years.

As I enumerate the names of people very close to me who have succumbed to COVID-19 related complications, I am sure many people within Western Kenya region and perhaps Kenya in general know of someone who has succumbed to COVID 19, diagnosed or not under circumstances which would have been preventable, if only we could turn back the hand of time and compel health system to work in the ways that they should.

My dad for instance had a chronic renal condition which he had adapted to living with; he received regular dialysis at JOOTRH in Kisumu. Unfortunately, or rather disappointingly, towards the end of last year, nurses went on strike because of an avoidable industrial dispute that went unresolved for many months.

This decision that we painfully had to make because of the failed public health system resulted in his untimely demise; between the long commute and the congested private health facility, he contracted COVID 19 and for the same reasons of dysfunctional health system, it took long to access appropriate health care leading to his demise. There are tens, possibly hundreds of thousands like my dad in Kenya who have lost their lives needlessly because of a failed health system which has been aggravated by COVID 19.

We risk losing an entire generation and many younger persons because of this avoidable failure that persist because of our collective inaction to demand accountability that has allowed governments to let the public health sector to collapse. The fact that we are so accepting and permissive to persistent failure in public health sector has not only robbed it of the important political capital that would have compelled the state to be more responsive and accountable but has also led to diversion of public funds to corrupt enterprises like the managed equipment funds-MES (as a senate committee termed it) and the KEMSA scandal amongst many, at the expense of public interest. Kenyans therefore continue to die needlessly not because of their individual failures but because of a systemic failure enabled by our collective inaction.

To illustrate the point, take the instance of Muhoroni Sub-County where the seven mentioned in the opening paragraph hail from; the public health facilities are ill equipped to manage even preliminary stages of COVD; they have no pulse oximeters, COVID, test kits nor adequate health staff.

As COVID cases escalate, many infected people often tend to prefer to go the ‘affordable’ private health facilities because there is not much to expect from the public health facilities. These private health facilities are often poorly equipped tend to diagnose patients with what they have which happen to be mostly malaria test kits. The region being malaria endemic, people tend to have malaria parasites in their blood stream and thus put on malaria treatment since COVID present with same symptoms as malaria. By the time they realize the patients’ conditions are worsening its often too late and many end up dying.

That is how six of the seven mentioned here died. It is basically a case of poor health care for poor people. Because of the failure of the public system, the unregulated private health facilities have mushroomed to fill in the gap and make every effort not refer patients even in cases they are not able to manage since they are eager to make profit. They are thus essentially, points of delay in seeking appropriate health care and thus death traps enabled by failed public health sector.

The public health system failure is a gross negligence and act omission by a government that has had more than one year to prepare but failed to do so. We need to ask where have all the loans and budget appropriations made in the name of COVID 19 gone? Why aren’t Sub-County health facilities equipped to manage COVID-19 cases even as the Western region is declared a hot zone? Why is the police and the administrators the only visible face of COVID-19 prevention messaging and not the public health officers?

As the Government release impersonal statistics which are grossly underestimated given the many undiagnosed cases due to low testing capacity, let us remind him of the many cases of people personally known to us who have needlessly died due to this dysfunction.

Let us make health count politically, because it has become very personal to each of us, lets make our personal political, if we do this collectively, we would not be ignored!