I also suspect that Dikembe’s article adds weight to the tradition of political brokers of scaring the hell out of Gikuyus and Luos.

•In a democracy, leaders ought to be criticized not to be worshipped. Demanding for the best cannot always be labelled as disrespect or opposition.

•What Dikembe doesn’t know is that the Agikuyu community has never had Kings. 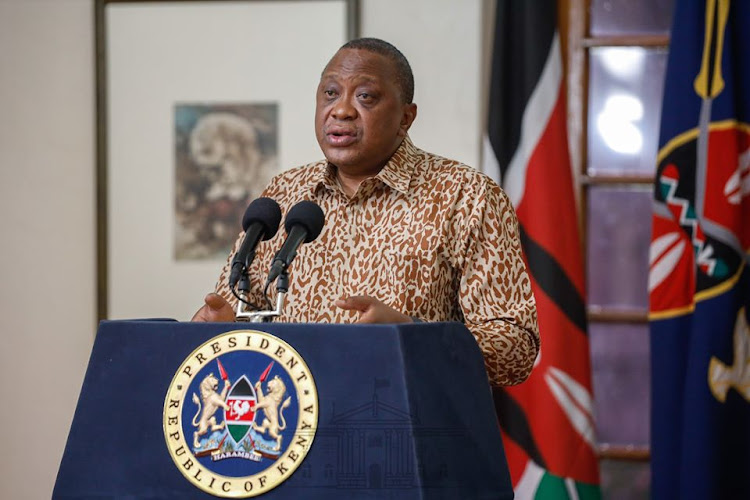 The political season is near and the negative energy associated with it can already be felt in the air. It is this time when people remember that Gikuyu are selfish, Luo are violent, Kamba are timid and such other cheap stereotypes. I write to respond to such negative energy spewed by one Dikembe Disembe’s on the pages of this publication.

On 23rd June Dikembe’s article titled, “Mt Kenya, leaders against Uhuru are tribalists” perpetuated baseless assumptions that are only meant to bash individuals leaders and the whole community. Dikembe whom we schooled together in the university, is a young man who should be advancing universal ideas rather than narrow tribal theories for political gains in the next election.

In a democracy, leaders ought to be criticized not to be worshipped. Demanding for the best cannot always be labelled as disrespect or opposition. What Dikembe doesn’t know is that the Agikuyu community has never had Kings. They have always been governed by a decentralized council of leaders and that’s why political leaders from the community, even those who raise to the presidency are subject to criticism. To them, leaders must consult from below going upwards and not the other way round.

I also suspect that Dikembe’s article adds weight to the tradition of political brokers of scaring the hell out of Gikuyus and Luos. Anytime the general election is around the corner, there is an attempt to reduce our political conversation to that of Gikuyus Vs Luos. Gikuyus are told that Luos will reverse all their economic gains while Luos are told that Gikuyus will continue impoverishing them. This is balderdash! It doesn’t matter whether Gikuyu will lead for a hundred years or whichever other tribe, all what matters is the character of the leader. Kenyans reading this article should shun any tribal theories in the coming election and create their own marking scheme for a good leader. If we are to progress as a democracy, the progress must begin in our minds.

If Dikembe was to remind himself of basic mathematics, it would have been easy for him to conclude that since the Gikuyu are the majority in Kenya, their ratio must be higher in any group of Kenyans that you can think of. A certain politician said that even if you go to the morgue, you will find more Gikuyu than any other tribe, because they are simply the majority.

Since the days of Jaramogi Luo elites have been living in a sort of political denial, unfortunately this denial has been transfused to the young Luo generation. I think it is time the Luo elites swallow the bitter pill - a Luo presidency is not a must. Accept this reality and live with it! It is this denial that has made the Luo people live in political rejection and accusing other people of selfishness.

I believe in magnanimity but power isn’t about generosity, the old adage says power is taken and not given. If the Luo community wants to sit and wait for the Gikuyu to feel sorry for them - they should wake up from this dream! Now that, Luos have decided their eternal King is Mr. Odinga what they should do is structure a 21st century campaign strategy that will end Mr. Odinga in statehouse.

When Dikembe talks about the Gikuyu sacrificing for other communities he expresses his naivety, because that will never happen. Politics isn’t romance. Dikembe knows that parties don’t sacrifice to form coalitions but negotiate to form form coalitions. The main currency of political negotiations is numbers and not the obsession with the presidency or even past promises. Get me right, the numbers that I am talking about are not necessarily ethnic numbers. A president must have backing across the country.

I am reminded of 2016, when the former governor of Kiambu William Kabogo called out Deputy President William Ruto and told him not to expect an automatic backing from the Gikuyu community in 2022. Mr. Ruto, a dynamic politician took the warning positively and took it upon himself to enter to the hearts and minds of the people. He never sat in denial accusing his coalition partners of tribalism, selfishness and other negative things.

Finally, to my good friend Dikembe the lion that roars doesn’t catch its prey, power is taken through strategy. Stop the rant, stop chasing a black cat in the dark. Look inward, the enemy isn’t in the horizon, the enemy cant be the Gikuyu people, the enemy is just at the doorstep. Lets vote for character not tribes!

Gitungo Wamere is a Helmut Schmidt scholar and comments on topical issues.