All regions of Kenya deserve development from the government of the day.

• The facts speak for themselves. President Kenyatta has not abandoned the Mt Kenya region.

• These politicians may thrive in their populist posturing and get repeatedly re-elected, but they are not doing the average Kikuyu any good. 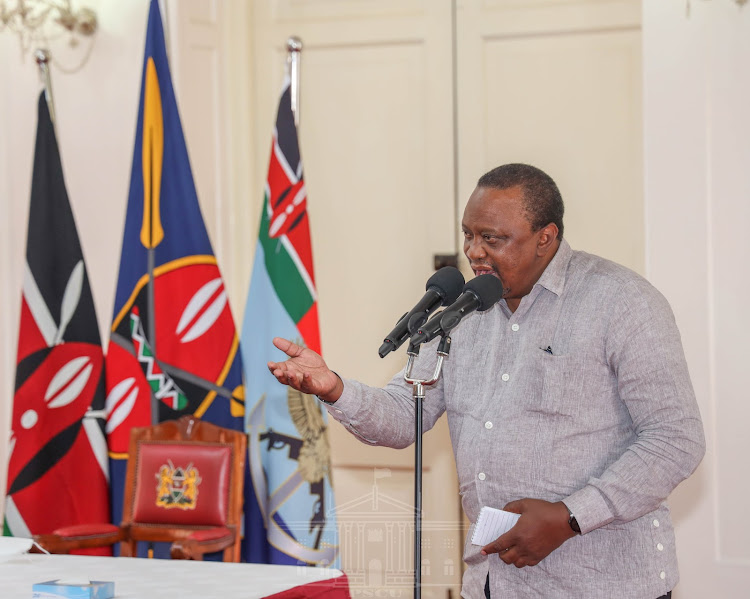 Mt. Kenya leaders opposed to President Uhuru Kenyatta are being dangerously hypocritical in their opposition and must be called out this early because they risk plunging their region into a bottomless pit of misery.

In recent times, a number of these leaders, both elected and non-elected, have come out to claim the President has abandoned their region and currently focused on developing only opposition regions, or regions that did not vote for him.

This is utter balderdash!

The language of some regions being in government and others in opposition is primitive and archaic thinking which has led to much of Kenya’s retarded development across the country.

All regions of Kenya deserve development from the government of the day, whether they backed it during elections or not.

This is especially so because Kenyans, in their daily struggles for survival, travel the breadth of this country in search of livelihoods.

I was recently pleasantly surprised when I visited Homa Bay, my home county.

I went to the market to buy fish and had to pay via M-Pesa.

The name that came out was most astounding.

I had expected Odhiambo or Akinyi to be selling me fish in Homa Bay town.

Indeed, the lady fishmonger, very seductive in her persuasion of me to purchase from her, spoke my language.

She was Luo. But when I paid, I had to ask her why the ‘anomaly’.

Prior to the 2007 post-election violence, the fish trade in Lake Victoria was dominated in large part by the Kikuyu.

They had invested millions in the trade and raked in millions more.

By any measure, it was more lucrative than selling smokies and mayai along Thika Road.

The post-poll violence disrupted this trade, and the poverty that followed affected everyone.

For their tenacity, after peace returned, some Kikuyus returned to Lake Victoria, picked up again and today employs Luo women to do the actual selling, while the payment is done through M-Pesa to Kamau.

I tell you this story to disabuse you of the selfish jingoism of Kikuyu politicians who think the Kikuyu’s only focus should be what happens in Mt Kenya.

Their toxic framing of national development as a natural entitlement to their region, and it alone, assumes that Mt Kenya is some hermit society, walled off from the realities and vagaries of life as lived in Kenya.

These politicians may thrive in their populist posturing and get repeatedly re-elected, but they are not doing the average Kikuyu any good.

The facts speak for themselves. President Kenyatta has not abandoned the Mt Kenya region.

Jubilee regime is undertaking massive development projects in that region.

From roads, rail, dams, markets to reforms in coffee, tea, avocado, dairy, rice and other cereals, the government of President Uhuru is hard at work in that region.

Mt Kenya indigenes still dominate the bureaucracy of President Uhuru’s government, serving in strategic institutions of public profiteering, with large largesse under them to plunder, oftentimes, with reckless abandon.

The last time the heads of the three arms of government all came from the Mt. Kenya region was a long time ago, until now.

The military, national intelligence security, foreign service and academia are all dominated by Mt Kenya people, so are the marine and aviation industries.

Even where the figureheads are from other regions, the desk officers, the interns and the ghosts are largely from Mt. Kenya.

While Uhuru did not create this ethnic monstrosity, he has kept it intact, with the full knowledge that it is serving the vast needs of his people.

Like all other needs, however, political needs are insatiable.

This is where Uhuru departs from the extremists of his tribe.

He understands I presume, that to fulfil all governmental needs of the Agikuyu and still maintain a semblance of democratic order in present Kenya is not an easy task.

Other Kenyans, acutely aware of the dominance of the Kikuyu at the top and the middle, also want a part to play.

To deny them that chance is a choice. To maintain that choice will require, at the risk of sounding alarmist, material and human sacrifices that the Kikuyu are not able to make in each successive election.

I’m convinced for Mt Kenya, only greedy tribalists, blinded by their quest for primitive accumulation, are opposing Uhuru but as leader of Mt Kenya, President Kenyatta is ahead of his time and history will absolve him.

Dikembe Disembe is a political researcher and writer.