If they don't unite, they are likely to lose to DP Ruto, as Ngilu warned

•  Raila, while on a tour of Coast, said he is yet to declare he will vie, telling Kalonzo to stop panicking and barking.

• This war of words risks leading the two to different camps. 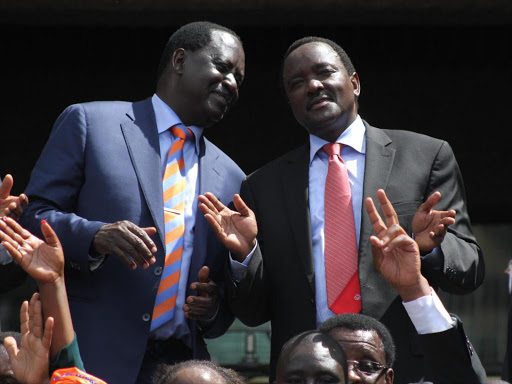 Kitui Governor Charity Ngilu, who had spoken earlier, missed no word in warning them that they stood no chance of winning the 2022 polls if they fail to unite and speak in one voice.

“Nasa was a formidable political force. I urge you to resurrect and strengthen the outfit, if you want to defeat that man [DP Ruto]. I wouldn’t want to end up being thrown into a wheelbarrow,” Ngilu said.

In response, the duo assured Kenyans that they were ready to put aside their political differences.

But three days later, the newfound unity started encountering strong tides. Kalonzo set the ball rolling when he vowed he would not support Raila for President for the third time, saying he would be stupid to support his bid without “any form of reciprocity”.

In a response, Raila, while on a tour of Coast, said he is yet to declare he will vie, telling Kalonzo to stop panicking and barking.  This war of words risks leading the two to different camps.

The UhuRuto had campaigned on platform of a raft of promises. A number of them are yet to be realised and it is not possible to fulfil them within remaining few months.

In the first term, the relationship between Uhuru and Ruto was very cordial and, indeed, we used to refer them as twins conjoined in the hip. I remember the DP used to refer himself as chief adviser to the President.

This is time that many cases of mega corruption were exposed and documented. It was also the time that the top state officers’ insatiable appetite of borrowing money from foreign powers had reached the peak. So, the DP cannot run away from this mess that has largely contributed to ailing of our economy.

Given this scenario, one would expect Nasa chiefs to get back to their senses. They should swallow their pride and see the bigger picture. I hope they will take Ngilu’s words seriously. This is the only way they can save Kenyans.