• If we scrutinise hard enough, we probably would find the perception of a gap year is as old as a formal educational path.

• A gap year is when a student takes a break between high school and college for self-discovery, learning to be independent, taking time to mature 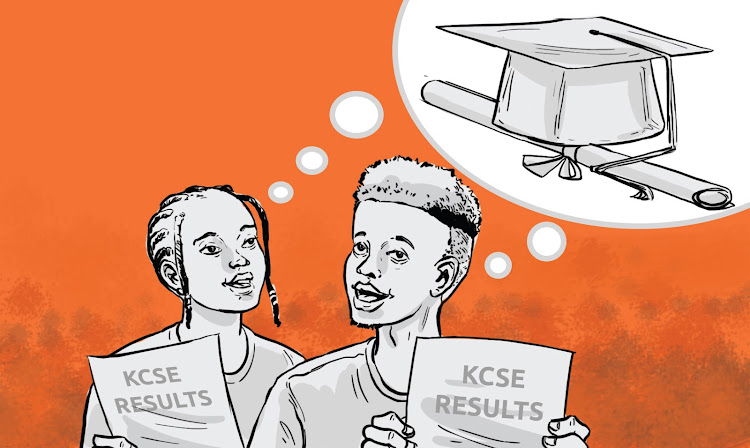 Those who met the minimum cut-off points are expected to enrol for degree, diploma, craft certificate and artisan courses in different institutions. In a few years time, they will have completed the 8-4-4 curriculum.

Then the scramble for opportunities in the job market will start. Like an intergenerational curse, this goes on and on. Endless pressure.

Have you ever asked yourself what would happen if we allowed high school graduates to pause, be still for a moment, and not think about the next coursework? Would it harm if we gave our children the space to meditate, and breakdown the classroom walls which have resolutely been built around them for 12 or so years like a fort? Introducing the much-needed gap year!

If we scrutinise hard enough, we probably would find the perception of a gap year is as old as a formal educational path. By simple definition, a gap year is when a student takes a break between high school and college for self-discovery, learning to be independent, taking time to mature and often to pursue a passion. But the student must plan to ultimately matriculate in college.

Studies have shown taking a gap year is not only tied to increases in college/university GPAs, but more significantly is tied to improved job satisfaction. It is synonymous to taking some time to figure out what success looks like and directing your efforts towards achieving it.

In the same zeal and spirit that Mark Twain had, we need to challenge the fundamental and monolithic approaches to how we view education. We need to rewrite the rules of the game and change education perceptions. We should not let our schooling interfere with our education.

Students deserve the opportunity to immerse themselves into the higher education systematically, fully cognizant of why they are continuing to the next stage of their studies. Conventionally, this has been happening arbitrarily because it is what society recommends.

Parents, teachers, counsellors and other stakeholders in the education sector have this chance to intervene at the most formative years when students have the maturity to leave home but have not yet fixed their values and identity. Scenarios of children being away in boarding schools through their primary and secondary school lives are not a new phenomenon. Parents, with their busy schedules, become ‘strangers’ to their own children and vice versa.

A research done by the Gap Year Association confirms that the majority of young Americans are experiencing higher orders of depression and anxiety, inevitably spending their high school years running towards adulthood only to find the world of adulting looks uninspired and overwhelming. Do you think that the situation is any different with our young Kenyan adults? It is always the unknown unknowns that do the most damage.

In the research, over 80 per cent of the interviewees felt that the gap helped them improve on their self-confidence, maturity, and academic motivation. Forty per cent of them saw this as a window which influenced their choice of course in higher education and their career choice.

A wrong choice of university or college course could impact our children’s entire lifetime because they barely know who they are and where they are going. It wouldn’t hurt to have them take a year off school to learn in the real world through apprenticeships and mentorships. This is a perfect opportunity for the students to experience life outside school first hand, plan and structure how they will be tackling this rather challenging world.

Prestigious universities mostly understand that students who have completed a gap year will be more invested, better community members, and have better employability partially as a result of their gap year. Yale and Princeton, for instance, are baking an international gap year into their curricula.

Some gap years can still lack focus especially when there are no objectives. Students should therefore be guided to on how to structures of goal setting and how to achieve them.

The curriculum has been about shuttling students through the system — from primary school to higher education — churning thousands of graduates each year who later find out that their courses don’t fit in the very competitive employment scenes.

Even worse, their busy academic schedules never gave them the opportunities to reflect on who they are, what the world needs, and how to build a meaningful life.