Supply constrains mean that most parts of the world are yet to feel the impact of the antidote.

•Unfortunately, it is the poorer countries lagging behind in accessing and distributing the key supplies to population.

•Take the case of Kenya, only slightly over or about, 1.2 million vaccines were accessed in the first batch through the COVAX program. 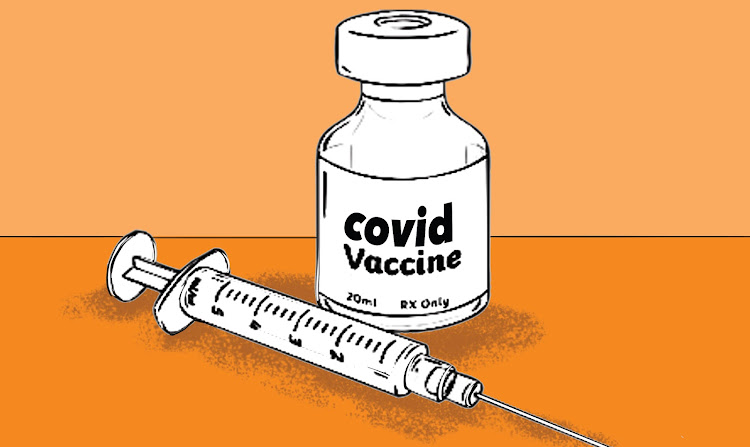 Patenting, described simply as the granting of a property right by an authority to an inventor has allowed for the thriving of invention and innovations over decades.

Today, patents have been closely linked to innovation with creatives and firm only moving forward with product development after the surety of property rights. It is also important to trade mark your designs and names, which is part of protecting your brand and supports the brand architecture programs that result in long term customer loyalty and revenues .

Over the years governments have been responsible for issuing patents with agencies such as the US Patent and Trade Mark Office (USPTO) and the Kenya Industrial Property Institute being tasked with the role.

On average, the USPTO receives in excess of half a million applications every year and grants just over 300,000 of the applications.

Of concern presently however is the patenting of Covid-19 vaccines by big pharmaceuticals amidst a raging global health emergency.

While vaccines have been around for a few months with the purpose of alleviating the strife on the human population, supply constrains mean that most parts of the world are yet to feel the impact of the antidote.

Unfortunately, it is the poorer countries lagging behind in accessing and distributing the key supplies to population.

Take the case of Kenya, only slightly over or about, 1.2 million vaccines were accessed in the first batch through the COVAX program.

This means only around one million persons have received their first jabs in contrast to much developed countries like the United States which surpassed 300 million doses by the end of April.

The bulk of developing countries has relied on vaccines manufactured at India’s Serum Institute.

However, with India facing a brutal third wave of infection whose severity has been worsened by the first recorded double mutant variant, the country is no longer able to meet new export orders.

Presently, India is in need of more assistance than it can offer even to lesser peers. Kenya’s second batch of vaccines from the COVAX program for instance now lies in doubt with Citizens who have since received their first shot doubting the availability of the second-reinforcing jab.

Imperatively, Kenya and its peers in the developing world must seek for alternatives. It is for this reasons that India and South Africa pushed for the temporal lift of vaccine patents to allow a more intense spread of vaccines around the world through devolved manufacturing.

The push presented to the World Trade Organisation (WTO) has subsequently received support from various quarters including the Catholic church, the Bill and Melinda Gates Foundation, and in the most recent- the United States.

For instance, Pope Francis argues the waiver will allow universal access to vaccines with the measure coming to the rescue of the most vulnerable in the world.

Meanwhile, the United States through its top trade advisor Katherine Tai says the waiver of patents is necessary under the extra ordinary circumstances stating the US would actively participate in text-based negotiations at the WTO.

Locally, Tourism Cabinet Secretary Najib Balala has been the most vocal of leaders in supporting the temporal waiver of patents.

In his argument, the world is an interconnected global village and that no one in the world will be safe until everyone is vaccinated.

Tourism investors and leaders in the travel and hospitality sector have received the most significant and lasting damage from the pandemic states the waiver of patents will allow the vaccines supply chain to be more efficient.

Nevertheless, the world appears split, maybe in half, in supporting the proposal.

France’s Emmanuel Macron has been reported to have stated patents are not a priority while the European Union (EU) Commission President Ursula von der Leyen says the EU would rather donate from its pool of purchased vaccines.

For many of the indifferent parties, the removal of patents diminishes the incentive for companies to take the financial risks in developing new treatments.

Further, Pfizer Chief Executive Officer Albert Bourla warns a waiver on patents would set off a worldwide race for raw materials while threatening the safety and efficient of manufacturing the jabs especially for inexperienced manufacturers.

Big pharma argues less developed countries will be slow to set up manufacturing capacities and compete for scarce supplies.

Others like Moderna nevertheless have no concerns about possible waivers.

Despite the pros and cons of freeing up patents, the stack reality is a lot remains to be done in boosting vaccine manufacturing and distribution. We need to speed this up to save lives and economies as many brands are on the verge of closing shop and millions of jobs lost

Just like most world leaders state, no one in the world will take comfort in their neighbour not being fully inoculated.

I feel the normalization of life after the pandemic for instance pegged highly on mass vaccination programs around the world.

This means that countries and firms must try out multiple channels to ensure the universal availability and access to vaccines for all.

The liberalization of vaccines for instance goes beyond just temporarily waiving patents. Further to the waiver of patents, developed economies must do much more including the removal of barriers to access.

While there exist no formal exports ban, manufacturers in the US are obligated to prioritize local vaccine orders through the deployment of the Defence Production Act.

In the United Kingdom, AstraZeneca also prioritizes requirements by Britain ahead of all others.

The EU has despite resisting the waiver, pushed for short-term fixes including supply chain improvements and pushing richer countries to export more jobs.

Both private and public sector must encourage their stakeholders and push their partners even harder to distribute vaccines plus international health manufacturers to increase production as global health and the extra mile for oxygen to be enhanced for all , medicines, vaccines supporters.as these leaders, will be blessed, in these desperate pandemic times for making impact to saving important lives across the world .