Museum should focus on telling the authentic stories of our struggles for nationhood.

• We must strive for a more inclusive history reflecting the achievements, hopes and desires of all Kenyans.

• We should create a national platform on which to anchor this collective effort for posterity. 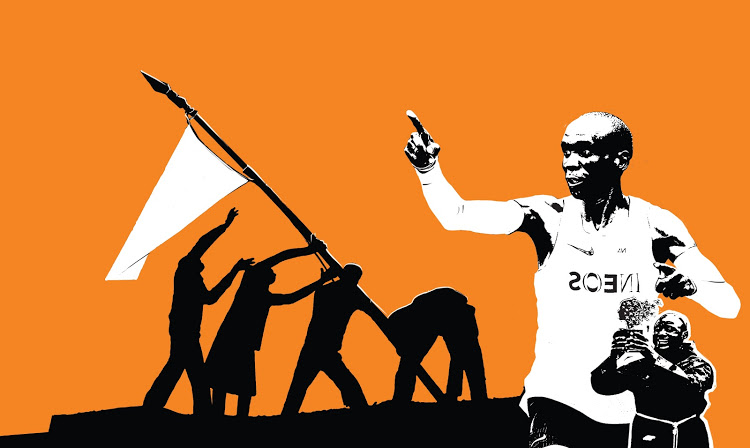 We must strive for a more inclusive history reflecting the achievements, hopes and desires of all Kenyans.
Image: FILE

He uttered the words, “consummatum est” meaning “it is finished” and moments later, a volley of gunfire erupted, and his lifeless body slumped forward.

The condemned man was Jose Rizal, a doctor and writer, who inspired the Filipino struggle against Spanish rule in the late nineteenth century.

His writings, chronicling the suffering of his people under Spanish rule were deemed seditious, and for this, he was sentenced to death.

His execution sparked off a revolution in the country against Spanish rule.

One of Rizal’s novels, Noli Me Tangere (Touch Me Not), depicting the repressive Spanish rule at the time, is considered ‘the great novel’ of the Philippines.

But more than a century after his death, debate still rages on Rizal’s role in the South East Asian country’s history. Although long recognized as a national hero, Rizal has never been officially recognized as such by the Philippines Government.

In fact, a Filipino congressman drafted a law in 2014 to have Rizal declared the only national hero of the Philippines.

The proposed law has not yet been passed but still, many of his countrymen consider Rizal the greatest Filipino hero.

Almost sixty years after Rizal’s execution, a 36-year-old revolutionary was shot and wounded by British colonial forces in Kenya.

After being tried for illegal possession of a firearm, Dedan Kimathi was sentenced to death and executed on February 18, 1957.

While admired as a national hero for his role in Kenya’s liberation struggle, Kimathi was hardly recognized by successive post-Independence regimes, until 2007 when President Mwai Kibaki’s administration erected a statue in his memory, fifty years after his death.

These two stories illuminate the dilemma nations face in recognizing their heroes and ascribing their contribution to history.

Like the Philippines, Kenya has over the years struggled with how to treat its heroes and heroines, many condemned to obscurity in spite of their heroic role in our history.

When the Constitution of Kenya 2010 set aside Heroes Day, also known as Mashujaa Day, to be celebrated on October 20, this rekindled hope among Kenyans that our forgotten heroes would finally be recognized.

This was followed by the enactment of the Kenya Heroes Act in 2014 providing an avenue to redress this failure, with a fairly comprehensive legal framework for the identification, selection and honouring of our national heroes.

Heroes, according to the Act, must display the following traits: patriotism, vision, integrity, courage, patience, discipline, innovativeness, talent and perseverance.

Apart from their role in the liberation struggle, they could also be individuals who have excelled in spiritual leadership, indigenous knowledge, culture, arts, sports, research, peacemaking, statesmanship, entrepreneurship, philanthropy, human rights and national cohesion.

But who qualifies to be a national hero remains a divisive question in Kenya today.

In part due to the selective approach by previous governments based on contested historical narratives that have tended to downplay the invaluable contribution of certain individuals and even communities in shaping the country’s history.

The politics of memory is a contentious subject best left to historians. But suffice it to say that attempts to institutionalize heroism in this country have always been perennially mired in controversy, suspicion and failure.

As Neil Carrier and Celia Nyamweru write in the Oxford Journal of African Affairs, “A nation’s heroes are rarely fixed and are frequently reassessed and reinterpreted by new generations.” They advocate the need to expand the “pantheon of heroes and make history more inclusive.”

It is time to re-define our approach to heroism as a nation.

We must strive for a more inclusive history reflecting the achievements, hopes and desires of all Kenyans, in “memorializing” the gallant Kenyan men and women whose immense personal contributions and sacrifices have made us who we are as a nation.

Importantly, we should create a national platform on which to anchor this collective effort for posterity.

A good starting point is the proposed Museum on Heroism currently being established by the National Museums of Kenya in collaboration with other State agencies at the historic Uhuru Gardens in Lang’ata, Nairobi.

The purpose of the Museum, according to NMK, is to act as a repository of Kenya’s history since 1800, spanning the early history and peoples of Kenya, colonization, independence, military history, and national development.

Last week, NMK appealed to institutions and individuals in possession of materials of cultural and historical significance such as photographs, films, unique literature and writings, maps, traditional weaponry and musical instruments, instruments of power, court and religious artefacts and original ‘vipande’ (colonial identification cards) to donate them to the proposed museum.

NMK should rope in the counties as they play an important role in the preservation and promotion of our cultural histories and identities.

But beyond being merely a collection of national historical treasures, the Museum of Heroes should focus on telling the authentic stories of our struggles for nationhood.

It should avoid over-glorifying individuals but instead aspire to offer valuable lessons from our past to present and future generations.

But outstanding individuals identified as our greatest national heroes through a rigorous public consultative process involving all stakeholders should occupy a revered place in the museum.

The museum should ultimately be the fulcrum of our quest to be an inclusive nation.

It should also pivot our aspiration for an inclusive history, in which we celebrate the multiple perspectives of the Kenyan story as told over generations.

However, creating an inclusive history as an integral element of an inclusive Kenyan nation must begin with coming to terms with our past.

In the immortal words of Jose Rizal, “He who does not know how to look back at where he came from will never get to his destination.”