PSV drivers would be disciplined if it wasn’t for police 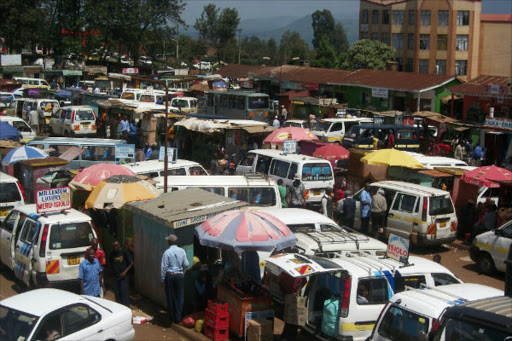 The video of a rogue matatu driver assaulting a private motorist along Thika Road yet again demonstrates the rot in public transport. It is most likely the driver has gotten away with many traffic-related offences. Only God knows the extent of the harm he has caused.

But all this could not have happened if the driver did not have an enabling environment. The route he plies always has traffic police officers. Unfortunately, these officers long turned roads into avenues for extorting bribes from motorists.

The matatu driver is the result of their reckless disregard of traffic laws. Because of their insatiable greed, thousands of Kenyans have lost their lives and hundreds of others incapacitated through road accidents.

Barely three weeks ago a young banker had her life cut short after she was pushed out of a moving vehicle by a conductor following a disagreement over fare. The conductor probably has been doing wrong without suffering for it.

Ecclesiastes 8:11 warns that if people are not punished immediately for their wrongdoing, they become hardened in their evil tendencies. This is exactly what ails the matatu industry.

The last vestiges of the Michuki Rules are still visible but, their impact is non-existent mainly due to lack of enforcement. The government only conducts spasmodic crackdowns during festive seasons or when a high number of people die in road accidents.

There is a need to dispense with the kneejerk reactions and consistently ensure that all public service vehicle owners, motorists and passengers obey traffic laws. In addition, all PSV drivers and conductors should be vetted annually and regularly trained on character development.