Social distancing to flatten the curve unknown to Kenyans

• WHO has offered guidelines to follow during this time including keeping a distance of at least one metre between us and any other person.

• Infected persons aged 70 and above are more likely to succumb to the virus compared to young people, but young people can still transmit it. 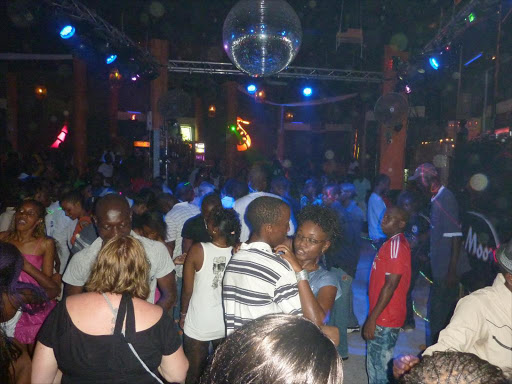 CROWDED: Patrons at a night club in Mombasa.
Image: FILE

On a good day, Nairobi nightclubs attract a legion of life-loving folks who come to dance and drink the night away after a long day of survival in the cold and corrupt city.

It seems little could stop this style of responding to common stimuli in spite of a pandemic – the Covid-19 disease – that has killed at least 13,000 people globally and infected 340,000 others.

Pubs in Nairobi were still crowded with revellers despite the order by the state and other health experts' directive to practise social distancing, prompting the government to order all bars closed.

The WHO has offered guidelines to follow during this time including keeping a distance of at least one metre between us and any other person.

Experts have argued that social distancing is critical in flattening the curve by easing the pressure on healthcare providers until a cure or vaccine for the virus is developed.

Although this strategy might prove difficult to implement, the urgency to heed it eclipses inevitable existential challenges.

The virus is said to be too heavy to travel a long distance in the air. Consequently, it lands on close surfaces hence the reason why people are being asked to stay at least one metre from each other.

But that cannot happen in a nightclub as people want to dance together. Clubs are also crowded, especially on weekends, hence keeping that distance is difficult.

Infected persons aged 70 and above are generally more likely to succumb to the virus compared to young people.

But that does not give the younger generation a reason to walk around confident they are safe from the disease. Even if they don't die, they can still transmit it, hence putting the lives of others at risk.

Among the six new cases of Covid-19 registered in Rwanda on March 20, the oldest were two 32 years-olds and the youngest just 10 months old. The other three were aged 24, 26 and 30.

We all have the duty to do the right thing. We must follow guidelines prescribed by experts religiously. It’s about doing something for humanity during this one of its darkest moments in the modern history.

Extraordinary times require extraordinary measures. We must be ready to take those measures, individually and as a government.