• Trafficked Nepali and Indian women rescued from a bar should be allowed to go home as they are traumatised.

• Parents of young girls in Mombasa should be found to explain what their underage daughters are doing out of school. 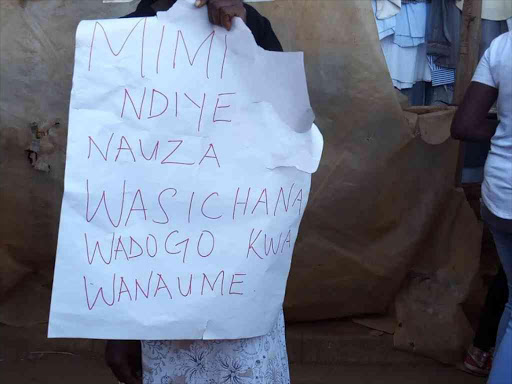 NABBED: A woman accused of selling off young girls to an old man for sexual exploitation in 2017.
Image: FILE

Charity organisation HAART said it would sue the Kenyan government over failure to provide five women trafficked from India and Nepal for sexual exploitation with appropriate care after they were rescued.

HAART Kenya said a decision to make the three Nepali and two Indian women rescued from a Nairobi bar in August stay and testify against their alleged traffickers had caused them psychological harm.

Young girls in Mombasa are being recruited to be paid a very small amount of money to do unholy things to men on live videos as the owners collect dollars from those people. Let the government investigate this and bring to book all those found culpable.

The parents of these girls should also be found to explain what their underage daughters are doing out of school.

Post a comment
WATCH: The latest videos from the Star
by Veronica Onjoro
Star Blogs
19 December 2019 - 00:00
Read The E-Paper