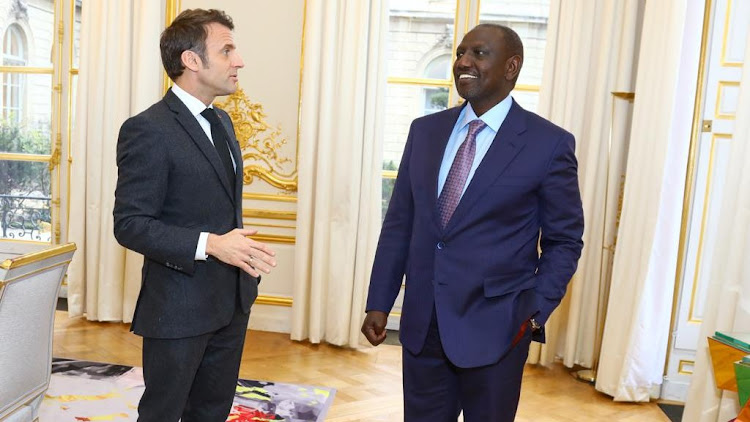 Opposition leader Raila Odinga has escalated his war of words with President William Ruto. On Monday, in a rally at Kamukunji, he said he did not accept that Ruto was legitimately elected or recognise his government.

Now Raila is calling another rally at Jacaranda on Sunday where presumably he will ratchet up the tension by calling for some form of resistance against the Ruto government.

Jubilee leader Jeremiah Kioni last week said that Raila received 58 percent of the vote on August 9 while Ruto only got 42 percent. He cited unpublished claims by an anonymous whistleblower at Vanguard Africa, an American NGO, in support of his claims.

However, the IEBC and the Supreme Court both insist that Ruto was legitimately elected and reject claims by a previous whistleblower.

Chairman Wafula Chebukati and other commissioners allege that the state pressurised them to overturn the result and declare Raila the winner. Ruto supporters say that Raila's claims are hot air.

This confusion cannot be allowed to continue. It will tear the country apart. President Ruto should make good on his earlier suggestion and set up an independent commission of enquiry to publicly investigate the election to decide whether it was free and fair.

Quote of the day: "You cannot run faster than a bullet."

Idi Amin
The Ugandan general became President after a coup on January 25, 1971

No handshake for you, try me! Ruto tells resistant Raila

Raila who had been in South Africa said he will be dropping a 'bombshell' at the Kamukunji rally.
News
2 weeks ago

The opposition leader says the Kenya Kwanza administration is not legitimate
News
2 weeks ago
Post a comment
WATCH: The latest videos from the Star
by STAR EDITOR Editorial
Leader
24 January 2023 - 23:59
Read The E-Paper