Probably time for Uhuru to move on 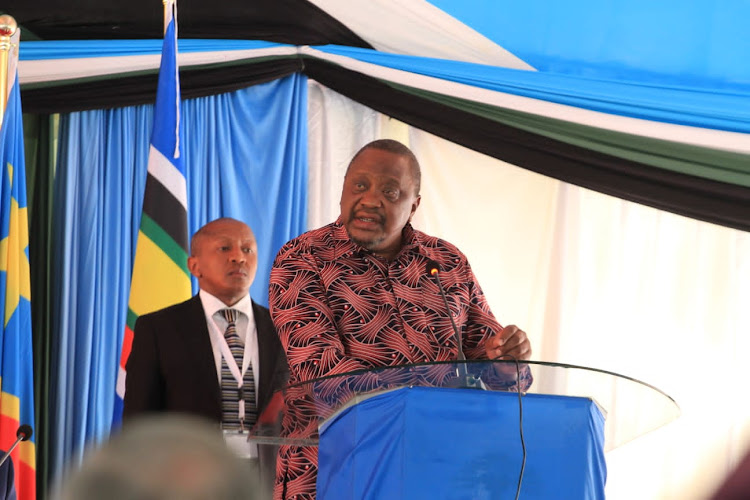 Retired President Uhuru Kenyatta has until February 9 to decide whether he is leaving politics. He has to quit within six months of the presidential election on August 9 if he is to enjoy the benefits specified in the Presidential Retirement Benefits Act.

Those benefits include a Sh40m tax-free golden handshake, four cars, 16 house staff, six security guards and monthly payments of around Sh2 million. Even for a scion of the Kenyatta family that is attractive.

Uhuru is currently chairman of the opposition Azimio alliance. Uhuru has maintained a steadfast silence on whether he will continue at Azimio leading to speculation that he has had enough and is satisfied being a regional envoy for the Ruto government.

However ODM leader Raila Odinga has insisted that Uhuru is going nowhere and will remain Azimio chairman. Uhuru is yet to respond.

All in all, it is probably best for Uhuru to quit Azimio and move on. A former President should not dabble too deeply in politics after he has finished his term of office. And he is doing a good job as a regional envoy, a job that probably would be incompatible with a leadership role in the opposition.

Quote of the day: "And yet to every bad there is a worse."

Are the benefits owed to retired President excessive?

Politics or perks? Tough 30 days for Uhuru to decide future

The former head of state will enjoy hefty benefits if he quits politics.
News
3 weeks ago

ODM boss says plan to create office for opposition leader must borrow from document
News
4 weeks ago
Post a comment
WATCH: The latest videos from the Star
by STAR EDITOR Editorial
Leader
10 January 2023 - 23:59
Read The E-Paper