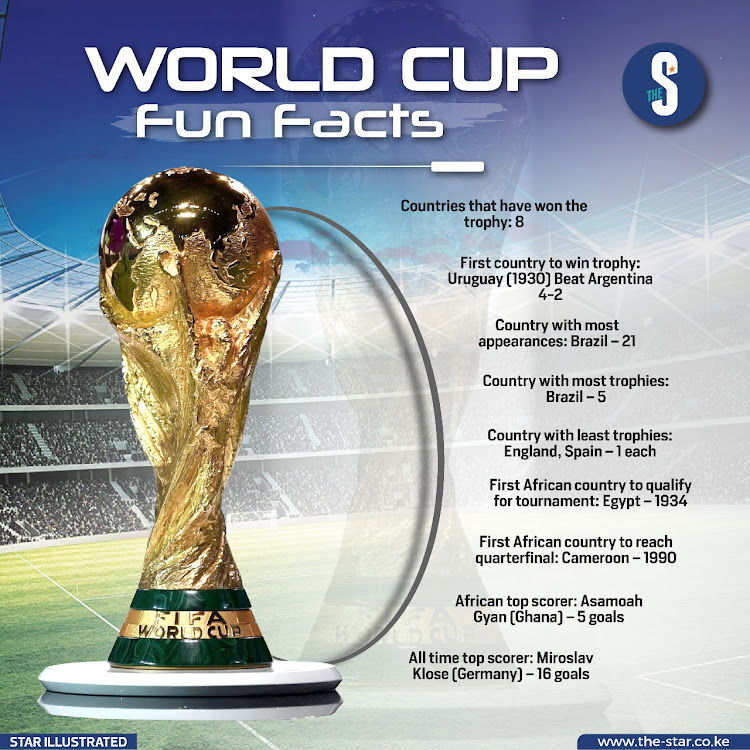 The Qatar World Cup will run from November 20 to December 18.
Image: WILLIAM WANYOIKE

National Assembly Clerk Samuel Njoroge has denied that there are any plans to send MPs to watch the World Cup in Qatar.

It is good that the accounting officer of Parliament has made it clear that there’s no budget for that kind of activity. It would have been morally wrong to send our leaders to enjoy themselves in Qatar when President William Ruto has asked for austerity measures.

Suba MP Caroli Omondi had said he, National Assembly Speaker Moses Wetang’ula and a host of other MPs were due to travel to Qatar.

The Star revealed this trip yesterday at a time when the country is suffering acute famine, with many families at risk of starvation.

Moreover, the country is sinking in colossal debts, and paying off the loans should be one of the priorities and not leisure trips.

In 2018, 20 Kenyan MPs travelled to Russia to watch the World Cup at the taxpayers’ expense.

They watched four games, including the final, in the two-week trip that cost the taxpayer a lot of money. Did their trip yield anything tangible? Your guess is as good as mine.

Upon their return, the lawmakers plagiarised sports websites to compile their report on their World Cup experience.

Setting funds aside to finance such entertainment is totally uncalled for and anyone thinking about it should be condemned for being insensitive.

Quote of the Day: “I believe in fate, but I also believe that hard work and diligence play a very important role in our lives.”

The Indian businesswoman (CEO of ICICI Bank) was born on November 17, 1961

Expenses, including airfare, accommodation and daily allowances, will be footed by you, the taxpayer.
News
3 weeks ago

Whenever a secret plot is being hatched, the great journalist assumes there is someone in the loop
News
3 weeks ago

Says he has not received any such request as the National Assembly's accounting officer.
News
3 weeks ago

Twaha Mbarak: It's immoral for MPs to enjoy World Cup at taxpayers' expense

In 2018, MPs went to Russia and only sent Kenyans selfies
News
3 weeks ago
Post a comment
WATCH: The latest videos from the Star
by STAR EDITOR Editorial
Leader
17 November 2022 - 04:00
Read The E-Paper