Form 34A system must stay forever

• The Supreme Court ruling was critical of a "dysfunctional" IEBC 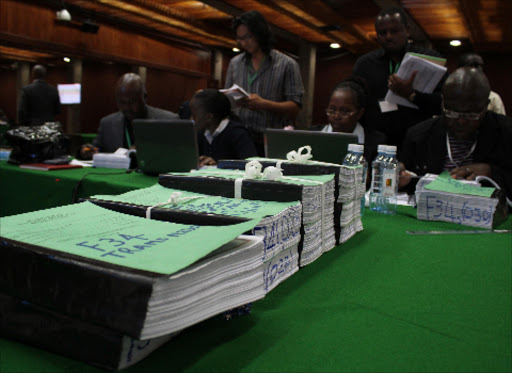 Yesterday the Supreme Court upheld the election of William Ruto as President of Kenya.

There was considerable criticism of a "dysfunctional" IEBC in the ruling read by Chief Justice Martha Koome. No doubt the court's more detailed reasoning will carry recommendations for reform at the IEBC.

But one thing should not change – the system of putting Form 34As on a public portal as they are received and verified at the national tallying centre.

This effectively prevented rigging of the result as the Form 34As displayed results from each of the over 46,000 polling stations. Raila Odinga's legal team failed to demonstrate that any Form 34A posted online was different to the one signed by party agents at polling stations. His allegations of conspiracy were therefore dismissed as hearsay.

This system should remain in place for all future elections. It will ensure that future presidents remain genuinely accountable to the electorate. It is almost impossible to manipulate.

Furthermore, media houses and independent bodies should be allowed to tally and publish a running total of Form 34A results as they are submitted in real time. That way voters will see the results as they come in and not get any rude surprises.

Quote of the day: "Do not sleep. Be awake on your throne."

Suleiman the Magnificent
The Ottoman sultan died on September 6, 1566

The Supreme Court on Monday upheld Ruto's win as the 5th President of Kenya.
News
1 month ago

The seven-judge bench of the apex court said Raila failed to present a water-tight case.
News
1 month ago