Swear in governors with simple events

• Some counties have applied for Sh20 million for ceremonies to swear in their new governors.

• Other counties like Kirinyaga have asked for as little as Sh250,000. 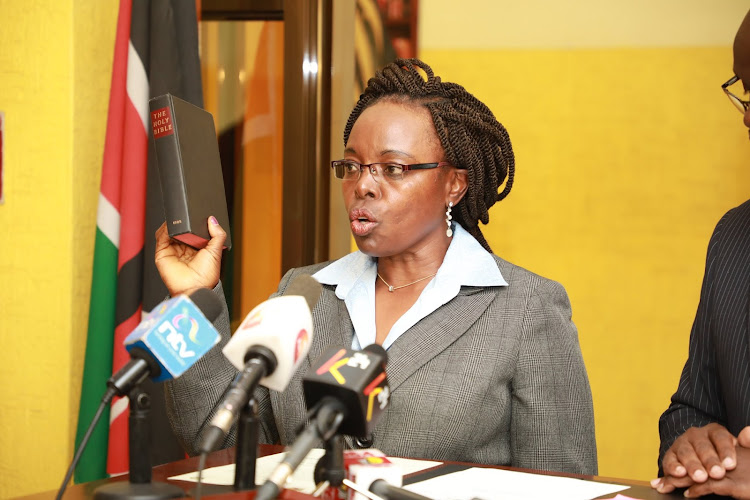 According to the Controller of Budget, some counties want to spend around Sh20 million swearing in their governors. Nairobi, Homa Bay, Trans Nzoia and Machakos have apparently made requisitions of between Sh17 million and 22 million for an event that will run for a maximum of four hours.

However Kirinyaga county asked for just Sh250,000 and other countries have budgeted Sh1 million for the swearing-in of new governors.

Around 28 governors-elect should be sworn in on Thursday following their gazettement by the Independent Electoral and Boundaries Commission last Friday.

The counties are effectively broke, not having received funds from the central government since the start of the financial year on July 1.

To make matters worse, the 47 counties have huge accumulated outstanding debts, by some estimates over Sh2 trillion.

The counties collect very little revenue locally and rely on transfers from central government which barely cover their expenditure.

They cannot afford expensive swearing-in ceremonies and they should not hold them. In fact, counties should now start to behave more modestly to rebuild their finances.

The CoB should not authorise more than Sh1 million for any swearing-in ceremony. A simple event before a High Court judge will suffice.

Quote of the day: "Jesus was the first socialist, the first to seek a better life for mankind."

Mikhail Gorbachev
He resigned as head of the Communist Party of the Soviet Union on August 24, 1991

The agency has plans to enhance customer experience standards for all counties.
News
5 months ago

Igathe and Sakaja are the leading Nairobi gubernatorial candidates according to opinion polls.
News
6 months ago

WAIKENDA: What Ruto must prioritise in first 100 days

The government must prioritise putting money in the pockets of Kenyans and food on the table.
Opinion
5 months ago