• Four dissident IEBC commissioners claim that the totalling has been 'opaque' 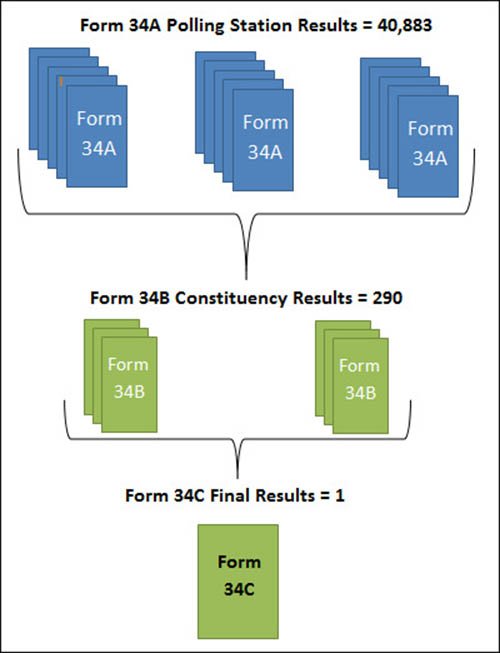 On Monday, the IEBC chairman Wafula Chebukati declared William Ruto the President-elect with 50.5 percent of the vote compared to 48.5 percent for Raila Odinga.

However four recently-appointed IEBC commissioners dissented from the announcement and called it 'opaque'.

Yet the IEBC process appears to have been extremely transparent. With a few exceptions, all Form 34As were uploaded to the public portal on receipt and Form 34Bs shortly afterwards.

Therefore it was a simple matter for media houses, civil society and interested persons to calculate the totals for themselves. Reuters, the BBC, and Radio Africa were among the media houses to say that Ruto was leading in the final count.

Swiftly uploading Form 34As and Bs to the public portal made it almost impossible to tamper with the results.

Similarly, if people dispute the results, they can still do their own tallies based on the uploaded forms. If there are discrepancies, they can call them out.

Making the Form 34As and Bs publicly available ensured transparency and accountability.

This system must be retained in 2027 and for all future elections, not only in Kenya but hopefully for the whole of Africa.

Quote of the day: "Always be sure you are right, then go ahead."

Davy Crockett
The American frontiersman and politician was born on August 17, 1786

The outcome of the alleged opaqueness, she said, impugned the credibility of the results and hence could not be part of it.
News
5 months ago

Explainer: What you need to know about forms 34 A,B and C