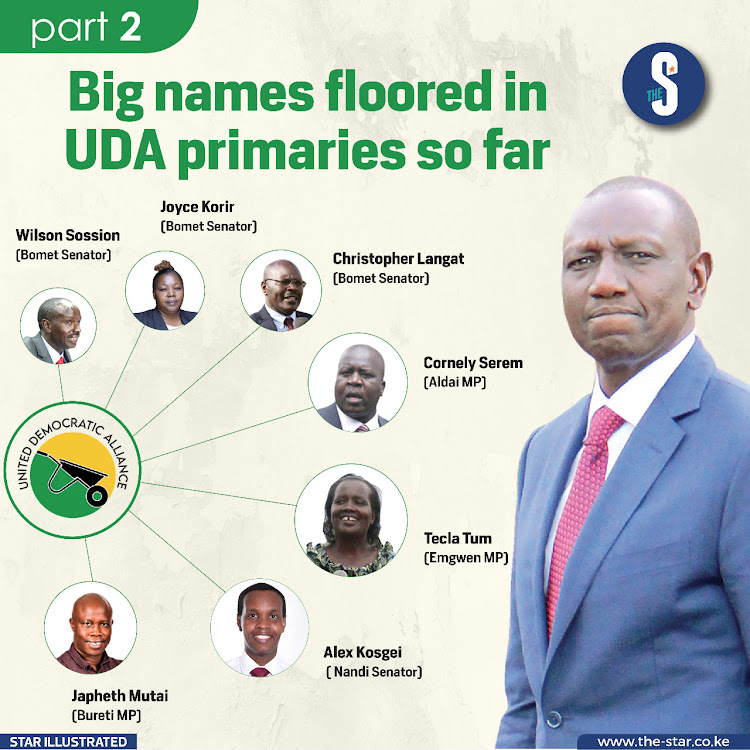 Party primaries in Kenya have always been marked by chaos and outright rigging, with the people's choice being sacrificed for the party leader's favoured candidate.

The most brazen party polls in Kenya's political history were during Kanu's queue voting method when those with the shortest queues were declared winners.

When UDA announced it would hold nominations countrywide in one day, sceptics saw it as a long shot that it was unlikely to deliver on.

However going by the reports from various counties, UDA primaries have been largely democratic. Party leader William Ruto kept off and let the people decide

Of course there were a few hiccups and some ugly incidents here and there but the successes far outweigh the failures.

Free and fair party elections lay the foundation and build confidence in political parties. It ensures that party tickets do not go to the highest bidder, relatives or friends of party honchos.

ODM has also this time round done fairly well through the adoption of technology for the first time.

The party's nominations have in the past been dogged with chaos and violence, denying members an opportunity to ensure the most popular candidate flies the ODM flag.

Overall, the proposal to block those who lose in party primaries from running as independent candidates should have been upheld to ensure voters do not end up with a ballot paper the length of a newspaper.

Quote of the Day: "Where the battle rages, there the loyalty of the soldier is proved.”

The German theologian and founder of Protestantism arrived at the Diet of Worms assembly on April 16, 1521

The Board has suspended primaries in Nandi Hill, Narok South and Nakuru town west constituencies until April 19.
InPictures
1 month ago
“WATCH: The latest videos from the Star”
by STAR EDITOR Editorial
Leader
16 April 2022 - 04:00