Politicians are guilty until appeals succeed 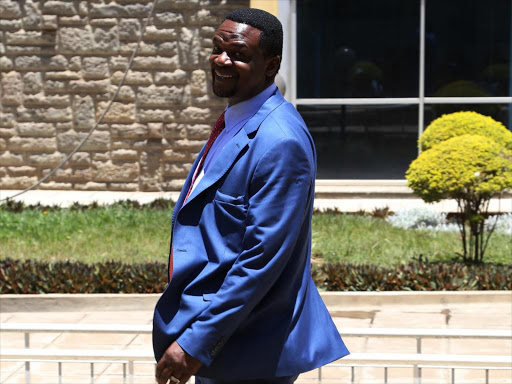 There is something fundamentally wrong when politicians claim that they are presumed innocent until the appeal process is exhausted.

They use this false assumption to stay in power and stand for election.

If a court convicts you, you remain guilty until an appeal court finds you innocent.

Otherwise thousands of jailed Kenyans who have not appealed should be  released immediately.

That is why we should celebrate that the High Court this week blocked MP John Waluke from joining a parliamentary trip to the USA. He had argued that he had been released on bail pending his appeal over his conviction in the Sh297 million NCPB scandal.

Justice Esther Maina did not buy that. She said that he did not enjoy the presumption of innocence following his conviction. She declined to release his passport.

It is now time for a radical rethink on what politicians can do after being convicted of criminal offences. The IEBC should not allow any candidate to stand for election following conviction because they are presumed guilty - even if they have appealed. If their appeal succeeds, then they will become innocent again and can stand for political office.

Quote of the day: "We have been ruled more by deceit than by force, and we have been degraded more by vice than by superstition."

Simón Bolívar
He became President of Venezuela on October 30, 1817.

Judge says Sirisia lawmaker is a convict and allowing him to travel conflicts with public interests.
News
1 month ago

The MP warned his rivals, who were celebrating that he would be jailed for 67 years, that he is now free to battle with them in coming polls.
Counties
3 months ago

Bombshell: Plan to lock out graft suspects from polls