Uhuru, Ruto should meet for a cup of tea

• In September, the Catholic bishops offered to mediate in the stand-off between President Kenyatta and Ruto

• Last weekend the Deputy President said he had written to the bishops accepting their offer but had received no reply. 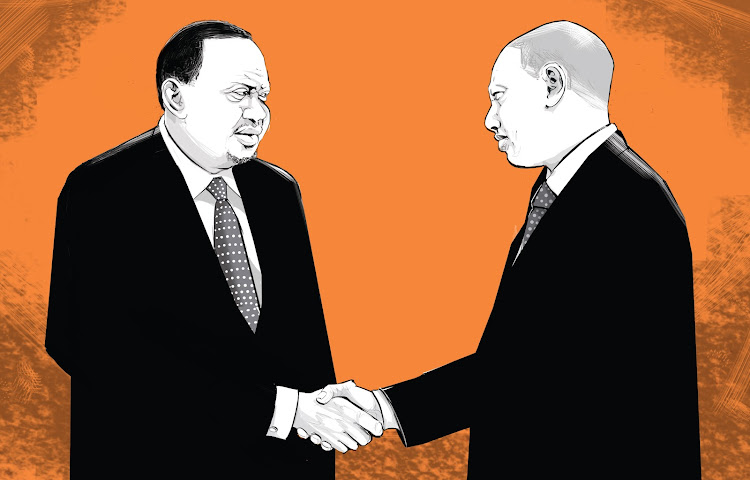 Why Uhuru and Ruto should reconcile
Image: OZONE

In 2013 and 2017, they campaigned together. Uhuru pledged that he would rule for two terms and that Ruto would then succeed him for 10 years.

Then came the disputed election of 2017 and the 'handshake' between opposition candidate Raila Odinga and Uhuru. Slowly Raila came to seem to be Uhuru's preferred candidate for 2022. Ruto was condemned for prematurely campaigning for the presidency.

Now Ruto and Uhuru perpetually launch barbs at each other. In September Catholic bishops offered to mediate. Last weekend Ruto said that he had written accepting their offer but they had not responded.

Whatever the truth of the matter, Uhuru and Ruto need to meet and show a cordial face to the world. Even if Uhuru now supports Raila, a photo opportunity of the pair sharing a cup of tea at State House would defuse a lot of tension.

If Ruto and Uhuru publicly demonstrate that they can talk to each other, it will reassure Kenyans that democracy will prevail in Kenya and there will be no violence in 2022, whoever wins the election.

Quote of the day: "The Universe is under no obligation to make sense to you."

Neil deGrasse Tyson
The African-American astrophysicist was born on October 5, 1958

My issue with Uhuru: Inside Ruto’s letter to Catholic bishops

Say they will speak directly to the people for votes and aren't interested in endorsement.
News
3 weeks ago

Unity forum says presidential aspirants will have to explain their agenda for the region.
News
1 month ago