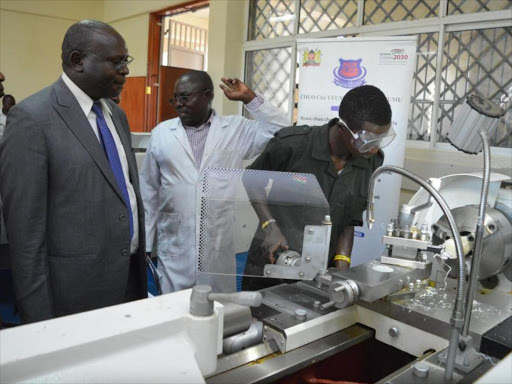 Former Prime Minister Raila Odinga has been outlining the policies that he would adopt if he became President.

On the economic front, he wants to revitalise Kenyan manufacturing but emphasised that this would only be possible by educating and empowering the youth. He wants a parallel education path with vocational training institutes that will raise the status of skilled manual workers.

Coincidentally, Education CS Prof George Magoha yesterday said that he thought diploma and certificate courses should be phased out at universities (see P2).

Raila himself went to university in Germany which has the best vocational training of any country in the world. German manufacturing is a powerhouse and German blue collar workers enjoy as good a standard of living as white collar workers.

If we could achieve that in Kenya, it would be wonderful. Unfortunately, in the last decades many technical institutes vanished as they upgraded themselves into universities. That sounds fine in theory but in practice they churned out unemployable managers and administrators rather than employable plumbers, carpenters and mechanics.

Wherever your political stand, Raila is right to propose that vocational institutes in Kenya should be restored to their former glory.

Quote of the day: "I am not an educated man. I never had an opportunity to learn anything except how to fight."

Raila: How I plan to revive industries

Mwakima said vocational and technical occupations were noble and clean as they required practical skills.
News
5 months ago

250youths are taking courses in medicine, some will join the National Police.
News
1 month ago