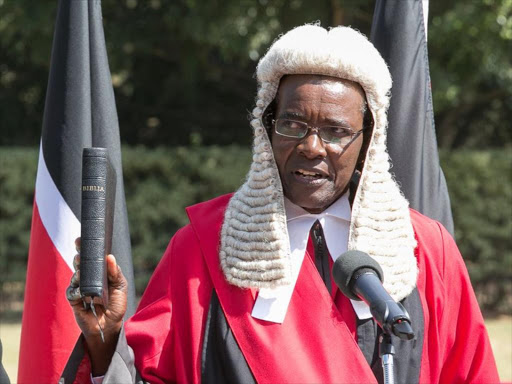 An independent Judiciary is the bedrock of every democracy.

The men and women who enjoy the rare honour and responsibility of interviewing the CJ candidates must put the nation ahead of their political, social and economic inclinations.

Former US President Andrew Jackson once said all rights secured by citizens under the Constitution are worth nothing, and a mere bubble, except guaranteed to them by an independent and virtuous Judiciary.

Kenya needs a Chief Justice with unwavering fidelity to the law and the ability to navigate the perilous political waters and strike a working relationship within and without the Judiciary.

The candidate the JSC picks should be one who cannot be swayed by the Executive and well grounded with the integrity to defend the Constitution.

If Kenya has a chief justice who defends the law it will be difficult for the Executive and Legislature to make laws that violate rights or even mutilate the Constitution because the courts will put a stop to it.

Quote of the Day: “Of all the properties which belong to honorable men, not one is so highly prized as that of character.”

The American politician known as ‘the Great Compromise’ was born on April 12, 1777

Who will be the next Chief Justice?

The race is on, interviews begin on Monday. The next Court is likely to hear a presidential petition.
News
1 month ago
by STAR EDITOR Editorial
Leader
12 April 2021 - 04:00