No more borrowing, we must curb our appetite

•President Kibaki ensured that Kenya's budget was almost funded 100 per cent by our own taxes; international borrowing was done with caution. 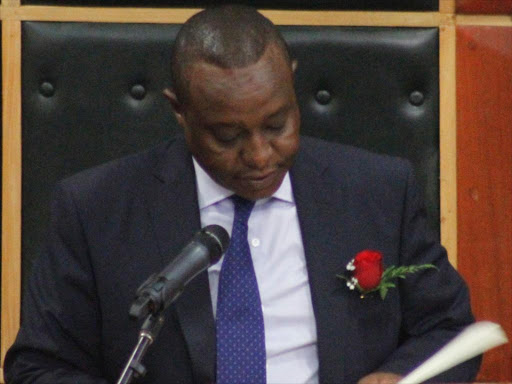 For the first time in more than a decade, Kenya has gone to the World Bank for a loan to help plug the budget deficit.

Public debt is a subject in most macroeconomic outlook discussions. The World Bank and the IMF have raised concerns.

President Mwai Kibaki managed the economy well. He ensured Kenya's budget was almost funded 100 per cent by our own taxes. International borrowing was undertaken with caution.

While some argue the borrowed funds are channelled towards development spending on projects expected to eventually pay off by sparking faster economic growth, there has not been an increase in public debt to GDP resulting in increased GDP growth.

President Uhuru Kenyatta, therefore, needs to ensure our budget deficit is within acceptable standards, our debts are paid promptly and no new projects are started until those in progress are completed.

He also needs to ensure the next KRA head will improve tax collection.

Quote of the Day: “The most difficult thing in the world is to know how to do a thing and to watch someone else do it wrong without comment.”