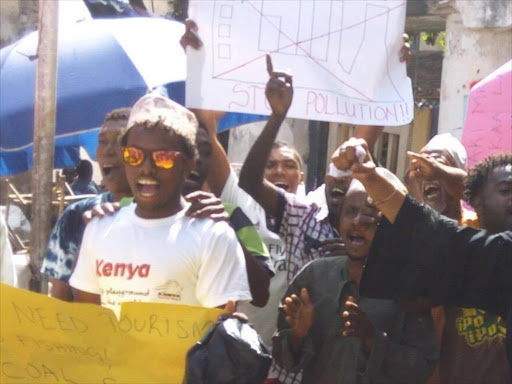 Construction of a coal power station in Lamu has been halted for a public hearing to consider objections ( see Page 25).

The coal fired station will be operated by Amu Power, a consortium of Gulf Energy and Centum, using coal from South Africa.

Coal power is being scrapped all over the world because

of pollution. Even China has announced that it will reduce the share of coal in power generation.

Burning coal will badly damage the environment and tourist industry in Lamu.

Kenya has the highest potential for geothermal energy in the world. Let's first develop geothermal which, is cheap, clean and reliable.

The Lamu station was originally intended to use coal from the Mui Basin in Ukambani but that coalfield is not yet developed. Why build a dirty power station to utilise an asset that does not yet exist?

Let's just scrap the idea of the coal fired power station in Lamu, or at least wait until Mui is in production.

Quote of the day:

not possible to eat me without insisting that I sing praises of my devourer?"