OTHER FACTORS OF PRODUCTION

Wajackoyah was not your typical candidate. He was the most educated of all candidates in Africa

• The huge following on his crusade insinuates leadership desperation that the young people, who were primarily his followers, are embroiled in.

• Our leadership has sunk so low that electorate could literally clinch onto any passing outlandish idea in the hope for change. 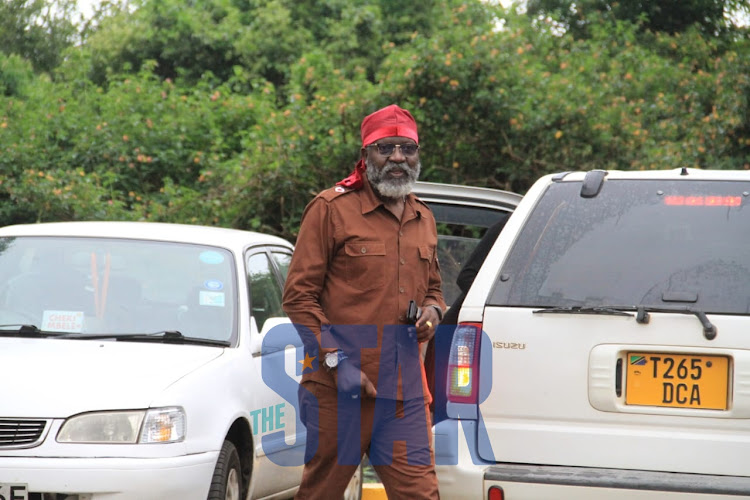 While condoling with the family of Catherine Kasavuli, the meticulous and first TV model in the country, who lost her fight to cancer, George Wajackoyah jogged my mind to reflect on his funny campaign style and manifesto: But what's the take-home wisdom from his presidential quest?

Politics, like any other game, has rules that define its boundaries. No candidate understood this better than Prof Wajackoyah: He played on the margins of the political field, creating an aura of anxiety and controversy that left onlookers wondering whether he broke the rules, played off field, or got out of order!

Ask for Bishop David Mwaure, and none, including me, will confidently acknowledge knowing him, let alone following him. For Wajackoyah, no one, young or old, in the villages just like in towns, misses mentioning his name with a smile on their face.

The Wajackoyah candidacy was a tension reliever in the politically bruising battlefield. But for a seasoned and socially conscious citizen, there were volumes of lessons and findings to be deduced from his perverse campaign.

To lay ground for study, several questions are in order: Why did his campaigns attract such publicity in nearly every part of the country? Was there any sense in his agenda? And why did he take home a merger harvest?

For beginners, Wajackoyah was not your typical candidate. He was the most educated of all candidates in Africa, if not the world, majoring in a very relevant course of study (law), coupled with his life experience and global exposure. His authority was beyond doubt and, therefore, there was no question about his comprehension.

Wajackoyah, understood well, politics is not a game for the good or rational figures but for the witty and meek, the masters of persuasion, and the first step towards influence is courting attention. If you thought he meant everything he uttered, you are damn wrong: Most was just attention bait.

However, as the old cliché depicts, too much of anything sweet is poison. The good professor took the joke a little bit too far, from marijuana to suspension of the Constitution to snake farming, finally ending at the hyena's whatever, turning himself into a laughing stock at last.

But I am sure that if Kenyans had gathered enough courage and elected the professor, barely a fraction of his agenda would have seen the light of his administration's day!

But what exactly was the kernel of his campaign world?

To me, the huge following on his crusade insinuates leadership desperation that the young people, who were primarily his followers, are embroiled in. Our leadership has sunk so low that electorate could literally clinch onto any passing outlandish idea in the hope for change.

Hate or like Wajackoyah, but you have to grant him his dues. He made a very profound point that even his top competitor, the President, can't afford to ignore. It's time to rethink and explore other factors of production, if resuscitating our economy is what we hope to do.

We can't keep the same old practices and expect a different outcome.

Says 500 men who took part in a research in Mexico developed breasts.
News
1 month ago

He says he will be next President of Kenya.
News
3 months ago

Presidential aspirant George Wajackoyah at Bomas of Kenya on Monday, May 30, 2022.
Image: EZEKIEL AMING'A
Post a comment
WATCH: The latest videos from the Star
by ERIC SIMATWA
Columnists
18 January 2023 - 05:00
Read The E-Paper