Landowners and institutions along highways and roads, should take ownership of trees

• Some of the roads, especially along degraded lands in countryside, should come with climate change-resilient considerations.

• There should be sturdy culverts, better drainage systems, and greenery on road reserves to stabilize loose soil surfaces. 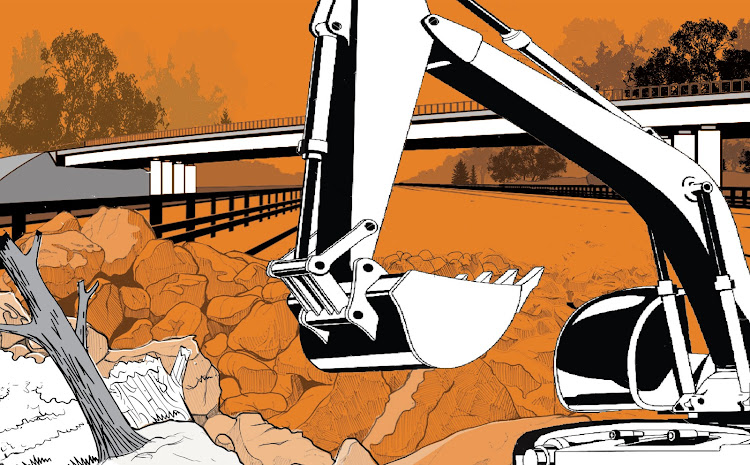 Work on stalled multibillion-shilling road projects may resume, if President William Ruto's order during the Friday visit to Homa Bay county is executed.

The President ordered contractors to return to the abandoned sites to complete the work. The executive order is sonorous to the ears of road users, who have survived patchwork of eroded and muddy pathways for long.

Some of the roads, especially along degraded lands in countryside, should come with climate change-resilient considerations. There should be sturdy culverts, better drainage systems, and greenery on road reserves to stabilize loose soil surfaces.

The presidential order, coming when climate change-resilient projects are the global fad, should add a green dimension to infrastructure tenders. New roads or maintenance should come with protective sidebars as part of the cost of construction.

There should be standard drainages, with trees planted and maintained along the highways to insure such infrastructure against flooding. Or at least to reduce damage and losses that come with floods.

Landowners, schools, churches and other institutions along the highways and roads, should be encouraged to take ownership of the trees for the common good. This is one way of accommodating the four million seedlings expected to be planted in the county this year.

There are many stalled road projects in the county, but one stands out for its familiarity to the President. On November 5, 2018, as Deputy President, Ruto launched the upgrading of the road to bitumen standard and maintenance. The project did not take off beyond the official launch of the ring road named Ojijo Oteko, a pioneer freedom fighter from Rachuonyo.

The President has a personal stake in the fortunes of the Kadel-Alara-Pala-Kanyadhiang' road. A diamond-plated signature bearing his name stands prominently on the Kanyadhiang'-Pala junction, off the Kendu-Bay-Homa Bay road.

The pillar has always reminded residents and beneficiaries of unfulfilled promises. The project should have been completed in 2020.  The road may have been officially reported compete on paper but on the ground, the stalled project announces a different message: impunity and indifference.

Ruto launched the construction of the stalled project, which has been the subject of public demonstrations, recriminations, and allegations. Heaps of murram the contractor left on the Kodula-Kadel section of the road are being pilfered for other uses.

The Kendu Bay-Kanyadhiang'-Pala-Homa Hills-Homa Lime-Kodula-Kandiege-Kadel Ring road is a museum of impunity.  The road is built in patches. The slices of tarmac are peeling off, with yawning potholes. Decrepit colonial bridges, hardly six meters wide, are preserved.

The road is a case study of failed workmanship, failed supervision, and collapsed accountability. Yet reports allege the construction is complete to bitumen standard.

Former Roads CS James Macharia did not verify how public money was wasted. Calls for supervision and accountability failed, even as the contractor messed up the project with impunity.

The road passes through a region that has always been neglected. West Karachuonyo is off the grid of national attention. It's, therefore, possible for local officers to report completion of fake projects. One such fake is the stalled New West Karachuonyo Water Project from the 2015-16 financial year.

Now that President Ruto has ordered resumption and completion of the project, Roads CS Kipchumba Murkomen should ensure the work is done to bitumen standard.

The President's return visit, probably in December as promised, may be the opportunity for him to appreciate how other Kenyans, away from the highways, survive. It will also be the time for the President to ascertain his order on Ojijo Oteko ring road is executed.

The irrigation project, which was started over 10 years ago, covers parts of Rangwe and Karachuonyo constituencies.
Counties
1 week ago

Reception in Raila Odinga backyard likely to send bigwigs to drawing board
News
1 week ago
Post a comment
WATCH: The latest videos from the Star
by OKECH KENDO Communications Consultant and University Lecturer
Columnists
18 January 2023 - 05:00
Read The E-Paper