Girls ending the silence and reclaiming their power

Retrogressive beliefs and practices have played a major role in curbing the leadership potential of African girls. 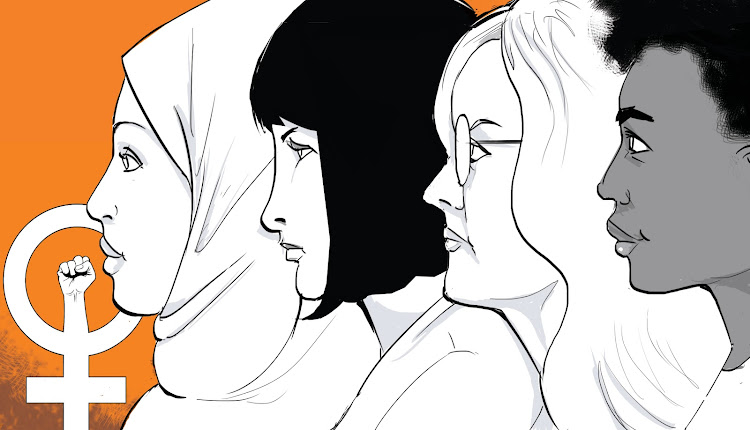 Girls and young women have proven time and time again that they CAN and DO LEAD.

This is evident when we look at the achievements of African Girl Leaders such as Zulaikha Patel (South Africa), Stacy Owino (Kenya), and Leah Namugerwa (Uganda).

Driven by passion and leveraging their expertise on the lived experiences of African girls, African Girl Leaders have made notable strides in addressing issues that impact them, ranging from racism to FGM and climate change.

But the journey of a girl leader is seldom an easy one. African girls face a slew of challenges as they try to occupy leadership positions or even have a say in decisions that affect their lives.

Retrogressive beliefs and practices have played a major role in curbing the leadership potential of African girls. From belief systems that expect girls to be submissive and silent on important matters to damaging practices such as beading, FGM, and child marriage which have massive impacts on girls’ health, education, and future prospects.

During this year’s Wasichana Wa Afrika Summit, run by Akili Dada, girls from across the African continent came together in a virtual convening to engage on the theme of Power! Unapologetically taking up space.

The girl-led event, which provided a platform for girls to share their insights on the impact of gendered violence on girl’s participation, became a critical source of learning for the girl allies who were in the space, myself included, forcing deep introspection into our roles in silencing girls who tried to break the gender barrier.

The experiences shared during the summit highlighted the reality of African girls when they deviate from the norms that require them to be silent and submissive.

Such girls are often met with censorship and punishment in the form of gendered violence. The normalization of gender inequity, misogyny, and rape culture has further exacerbated this situation, making girls terrified of engaging in even the simplest activities.

From walking out of the house to accepting gifts, girls expressed fear that these simple acts would attract violence and the survivors would be blamed for playing a role in their own abuse.

A group of school-going girls participating in the summit shared that they are often apprehensive when going to and from school on account of all the unwanted attention and street harassment they experience,

“Someone just reaches out and grabs you. They don’t care that you are in school uniform or even that you are all covered up,” one girl shared.

While speaking on power, another expressed that her beauty made her feel powerful. However, she also felt that the men she encountered used it as an excuse to sexualize her, which turned it into a very disempowering experience. “I don’t like going out anymore,” she added with a nervous laugh.

A girl leader who had attempted to get into political office shared that she was advised to trade sexual favors if she hoped to survive in office. When she flatly refused, she was subjected to threats and sexual harassment in person and in the digital spaces she occupied.

Eventually, she opted out of the race. Listening to these stories was difficult, and as allies occupying the spaces, we felt it was important to reiterate our support for the girls by encouraging them to reach out more. “Speak to a trusted adult” was our rallying call.

However, the presumption that the girls’ concerns could be resolved in this way was met by another reality check. One after another, the girls shared that they did not feel there was an adult they could trust.

Whenever the girls tried to engage with any of the adults in their lives, they would be ignored, not believed, shamed, experience victim blaming, and in the worst case scenarios, have the adult side with the abusers.

This harsh reality forced me to interrogate my own role as a girl ally. Through my actions or inactions, did I inadvertently perpetuate stereotypes that disempower girls by silencing or censuring them?

Did I unconsciously subscribe to the ideology that African girls were too delicate or lacked the capacity to occupy leadership spaces and decide their own destinies?

Judging by my surprise at the gruesome reality of African girls’ daily experiences and my visceral approach to resolving issues by advising them to trust adults with their fates, I was no better than the parents, teachers, caregivers, officers, and other trusted adults who turned a blind eye to girls’ concerns, chalking them down to “adolescent issues.”

During the 5th Wasichana Wa Afrika Summit, I was forced to take a step back and let the girls claim their space. Let the girls speak, and I listened to what they were saying. I had to learn that the issue of gendered violence against girls is multi-dimensional.

It takes a village to perpetuate these abuses, and therefore it will take a village to resolve them. I learned that one solution does not fit all girls, and we need to respect the nuances that color the experience of each unique African girl.

I learned that girls could and do formulate solutions to their own issues that respect their realities, and as true allies, our role is to support them to reclaim that power.

I learned that there is no shortcut to ending gendered violence against girls and supporting them to step into their power. It will require work, investment, time, and most of all, we, as girl allies, LISTEN.

“What makes me feel really powerful is the fact that I can speak confidently in front of people and people listen to me; and when people buy my ideas it really makes me feel very powerful.” Maya - Kenya

Machio Patricia is a Girl advocate and leads the Urithi Program at Akili Dada, a Leadership Incubation hub for African girls and Women.

Post a comment
WATCH: The latest videos from the Star
by Machio Patricia
sponsored by Akili Dada None
Columnists
23 December 2022 - 11:55
Read The E-Paper