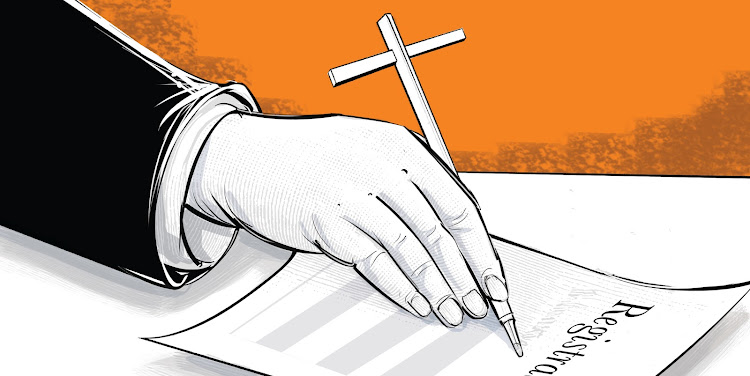 Last Sunday’s confession by a prominent lawyer that he is a member of the Freemason sparked mixed reactions among Kenyans.

According to the lawyer, Freemason is a charitable organisation; therefore, the much-perceived idea of devil worship or Satanism is not true. Freemasonry includes prominent people in the Kenyan society such as medical practitioners, judges and politicians.

Some people have referred to it as a cult, secret society and, on the extreme, a devil-worshipping organisation. Wikipedia describes Freemasonry or Masonry as a fraternal organisation that from the end of the 13th century regulated qualifications of stonemasons in their relationship with clients and those in authority.

There are two categories of Freemasons: Regular and Continental. Regular Freemasonry emphasises that Scripture of all religions may be opened in operational lodge, which is the basic organisational unit of Freemasonry and every member belief in a Supreme Being and no women are admitted. Continental Freemasonry has some or all of the above requirements removed.

The most puzzling aspect is that some buildings in Kenya such as State House, City Hall, Parliament Buildings and the iconic All Saints Cathedral, Nairobi, the seat of Anglican Church in Kenya were built by Freemasons.

Does this make the All Saints Cathedral an unholy place for worship? This, plus many other questions might help understand that part of Freemason's initial work was in construction.

Freemasonry is not based on any religious ideology. There are many Muslims, Christians and Buddhists who are members of the Freemason society, but any member can read their holy books. Some Christian Freemason members prefer reading Bible books such as Genesis, Exodus, Leviticus and Kings.

Moreover, there is no mention of the name of Jesus Christ. Similarly, I would tend to think there is also no mention of Prophet Muhammed (Peace be upon Him) by Muslim Freemasons or any religion founder.

If Freemasonry was a religion, there would be a founder whom the society member will ascribe to or they would have their own religious book for moral and spiritual code.

Freemasonry's main objective is charity work and social network. According to BBC news report in 2018, Freemasons are among the largest charitable donors in the UK, having raised £33 million in 2017 from more than 180 masonic groups.

The most commonly identified Freemasonry symbols are a square and a set of compasses, which are architect’s items in Masonic ritual to instruct symbolic lessons.

Malcom C Duncan, the author of Duncan's Masonic Ritual and Monitor, explains that Freemason rituals and initiation rites encompass around morality in actions and bounding within humankind.

Could it be these symbols that make most Kenyans view Freemasonry as a ritualism organisation? If then, why is it that nearly most religious groups in Kenya perform rituals but they have not been classified as engaged in devil worship?

Because of the secret operations of Freemasonry, through the Church’s pressure, the government in 1994 formed the Devil Worship Commission to interrogate its operations.

Freemasonry operations are similar worldwide in the UK, each lodge meets four times a year to welcome new members in closely guarded ceremonies.

Until the Freemason lodges and secrets are open to the public, there will always be speculations about whether it’s a cult, religious group or philanthropic entity.

Post a comment
WATCH: The latest videos from the Star
by MARTIN OLANDO
Columnists
10 October 2022 - 05:00
Read The E-Paper