DYER: United Kingdom: The once and future king

All Boris Johnson has to do is hang onto his seat in parliament, so he’s available when his despairing party turns to him again after being ejected from office by a landslide vote (he hopes) in 2024 – or perhaps sooner.

As a child, outgoing British Prime Minister Boris Johnson reportedly said he wanted to be ‘King of the World’. He ended up in a somewhat humbler role, was rejected by his own party’s members of parliament for his mendacity, corruption and incompetence, and will hand over to his successor, Liz Truss, on Monday. But the Fat Lady still hasn’t sung.

“I think Boris will come back,” said a random interviewee in the street. “It’s going to be like Trump in America.” British voters couldn’t be that stupid, you might think, but Boris thinks they are. His strategy requires electoral disaster for his own Conservative Party at the next election, but why would he care about that?

He had accidentally prepared the ground for this strategy already by purging his party of most of its senior members for being insufficiently enthusiastic about Brexit. That left only second- and third-raters like Rishi Sunak and Liz Truss to compete for the succession, and none of them seems remotely ready for the coming storm.

Even without the energy crisis due to the Russian invasion of Ukraine, a Conservative victory in the next election seemed unlikely. The party will have been in power for 14 years by then, and it has very little to show for it except the mounting economic damage done by its exit from the European Union.

Relentless budget cuts have brought the National Health Service to the brink of collapse, with waiting times to see a doctor or have an operation at historic highs. Whatever credit the party earned for a quick roll-out of Covid vaccines has long been exhausted, and  the long decline in working-class incomes is finally triggering a wave of strikes.

All this was afoot even before the war in Ukraine, but that has supercharged the anxiety of the public. The effective cut-off of Russian gas supplies has led to a huge rise in energy prices all over the European Union, but at least the EU countries are protecting their poorer citizens from the acute cost-of-living crisis that will occur this winter. 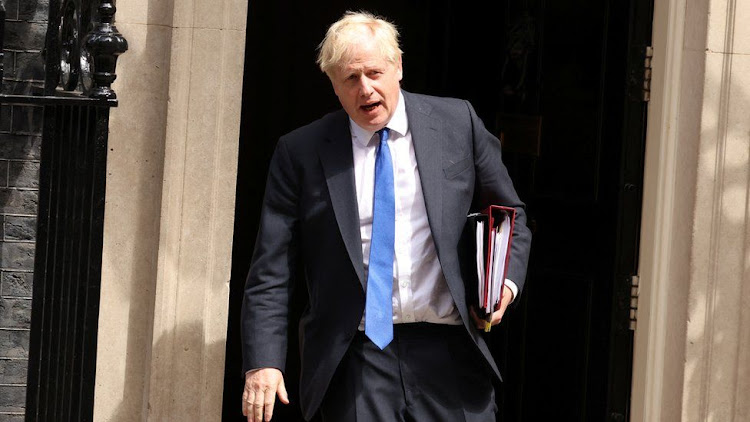 UK PM Boris Johnson resigned as Conservative party leader but remained as PM until a successor is chosen.
Image: BBC

Can his cunning plan work? It’s not inconceivable. After all, other gonzo populists like Donald Trump and Silvio Berlusconi, his spiritual brothers, have managed comebacks or seem well positioned to do so now.

Liz Truss, already the clear winner in the intra-party election whose result will be declared on Monday, has refused to offer any measures to soften the blow of energy prices that have already doubled and will soar fivefold by next spring (apart from tax cuts that will mostly benefit the rich).

“No hand-outs,” Truss says, true to the hard-right ideology she adopted to win support within the party. The reality of being prime minister in a country half of whose people must choose this winter between eating or putting on the heat will force her into a U-turn soon enough – but not before she has convinced much of the public that the Conservatives are evil.

Boris Johnson is okay with that, because his bid to come back as party leader can only work if Truss is fired for losing the election. Even then it’s not guaranteed, but he can hope that the current party rules, which give the final choice to 160,000 Conservative Party activists, almost all old, white, non-urban and upper middle class, will serve him well.

Meanwhile, all he has to do is hang onto his seat in parliament, so he’s available when his despairing party turns to him again after being ejected from office by a landslide vote (he hopes) in 2024 – or perhaps sooner. He has scarcely bothered to turn up for work since he was forced to resign three months ago and had to stay on as a caretaker prime minister.

Can his cunning plan work? It’s not inconceivable. After all, other gonzo populists like Donald Trump and Silvio Berlusconi, his spiritual brothers, have managed comebacks or seem well positioned to do so now. (Actually Berlusconi, dominant in Italian politics from 1994 to 2011, is currently working on his third comeback at the age of 85.)

The three men have much in common.  They all led populist coalitions that tried to combine the very rich with the angry lower middle class and the ‘downwardly mobile’, which required them to make contradictory promises to the two groups – and they all papered over that gap with endless ‘culture wars’ against minorities, immigrants, the ‘liberal elite’, etc.

It’s government by chaos, but in the right hands (Berlusconi and maybe Trump) it has staying power nevertheless. In Boris Johnson’s hands, maybe not.

Consider the contrast between Trump, who still controls the Republican Party utterly despite a failed coup attempt, and Johnson, most of whose Conservative fellow members of parliament are simply embarrassed by his comeback ambitions.

“I’d walk over hot coals to stop that,” a former senior minister told the Independent. “I think a lot of us would try to kamikaze that. The guy needs to recognise he’s had his go.”

Liz Truss or Rishi Sunak will be announced as leader of the Conservative on Monday 5 September.
News
1 month ago

The people and not MPs always get to choose their leaders
Sasa
2 months ago
Post a comment
WATCH: The latest videos from the Star
by GWYNNE DYER Business Commentator
Columnists
02 September 2022 - 04:00
Read The E-Paper