The term madoadoa was used in reference to non-Kalenjins in the Rift Valley.

• In each of the reports, the term madoadoa was used in reference to non-Kalenjins in the Rift Valley that had been identified as having voted against popular opinion in the region. 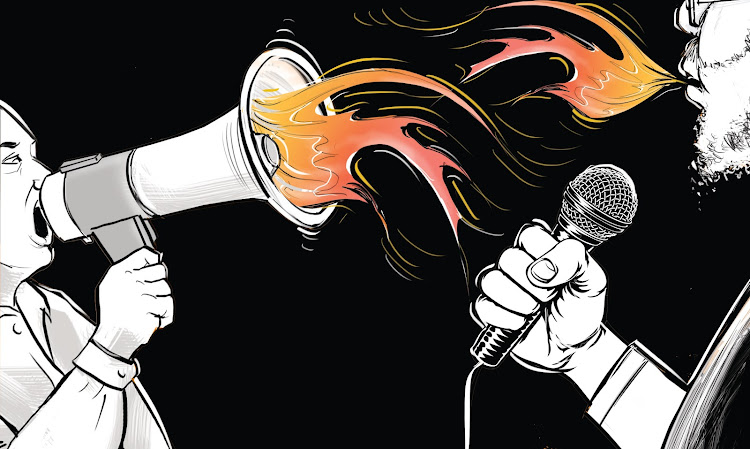 “For example, one witness testified that the Assistant Chiefs used to threaten the non-Kalenjin with dire consequences if they supported or talked about multi-partyism. Paul Kipkemei Murei, a Kalenjin himself told us that, in or about November, 1991, he heard that the Luo, the Kisii, and the Kikuyu who were the "madoadoa" because they were perceived to be supporters of multi-partyism or its sympathizers, would be driven away.” – Akiwumi Report on Land Clashes

“Indeed, similar accounts were provided in detail to Commission investigators by several witnesses who narrated how the pre-election campaigns were characterized by tension with the Kalenjin saying that on election day, they did not want to see “madoadoa”. This information was corroborated by the testimony of the Chief for Sachangwany Location……” – Waki Report, pg 84.

The texts quoted above are from two different reports of Judicial Commissions of Inquiry two decades apart.

The first quote is from the (Akiwumi) Commission of Inquiry into Tribal Clashes appointed in July 1998 to investigate the increasingly worsening tribal clashes in Kenya during and around elections starting with the 1992 Clashes.

Nearly two decades later, the Commission of Inquiry into the Post-Election Violence (Waki Commission) heard a similar story with nearly six hundred thousand people displaced and over one thousand killed during the post-election period after the 2007 General Elections.

In each of the reports, the term madoadoa was used in reference to non-Kalenjins in the Rift Valley that had been identified as having voted against popular opinion in the region.

And in both instances, it was the prelude to what was to become the killings of those perceived to be madoadoa in their thousands and permanent displacement of hundreds of thousands more.

It was in the backdrop of this that there was panic and national outcry when Meru Senator Mithika Linturi used this term during a political rally organized to endorse William Ruto’s presidential bid.

To those that have borne the brunt of ethnic clashes over the years especially in the Rift Valley, this was akin to adding insult to injury.

That it was said in Eldoret, the epicentre of the 2007/2008 Post-Election Violence, pricked what to many of us are still fresh wounds.

Anyone who has been part of organizing such a big political rally will tell you that it is unlikely that what Linturi said was just a simple slip of the tongue.

Given the limited time in rallies and the many politicians angling to speak, the few who get to speak are chosen carefully and given carefully chosen talking points.

I doubt that was the first time those leaders in attendance heard Linturi use that term madoadoa – he probably discussed its use in the hours or days leading up to the rally and received applause.

That is why no one, including the chief guest who was part of Linturi’s cheering squad, raised an eyebrow.

I am convinced it was intentional and achieved its intended purpose. What they did not count on was the immediate backlash and round condemnation that it received.

I understand some form of apology has been given by both Senator Linturi and the Deputy President.

However, it is likely that the intended audience already received the message and has not bothered to look for any corrections. The State must take swift action to strongly discourage them from acting on those utterances.

It has been our recurring National Shame that in that entire two-decade period between the two commissions, no one was ever prosecuted for the hate and incitement to violence that preceded these periods.

In fact, this was the basis for the infamous involvement of the International Criminal Court in the Kenyan case after the post-election violence of 2007/2008 when it was clear local authorities would not prosecute the suspects whose names were handed over to them by the Waki Commission.

The tide seems to have turned this time around with a new sheriff atop the Office of the Director of Public Prosecutions, Mr Noordin Haji.

The DPP has been swift to act on cases of hate speech and incitement to violence by exercising his powers under Article 157(4) of the Constitution to direct the Inspector General of Police to promptly investigate the utterances and revert to him with recommendations for prosecutions, the latest being the now infamous Eldoret Rally of January 8, 2022.

Following those investigations, the DPP authorized the arrest and prosecution of the lawmaker over his madoadoa utterances at the rally.

Other hate speech cases being prosecuted include those against MPs Oscar Sudi and Johana Ngeno and Senators Ledama Ole Kina and Samson Cheragei.

It is clear that Kenya is now more than prepared under the current DPP to handle these types of cases.

He has built capacity in the ODPP to ensure the highest prosecutorial standards are met to ensure the best possible outcomes for justice.

This has been demonstrated by the numerous times the High Court has affirmed his decisions to charge despite endless challenges by defendants.

The courts have repeatedly held that the DPP’s decisions to charge or investigate have been made fairly and without malice.

Where others watched helplessly, Mr Haji is determined not to wait for The Hague based court to act because the capacity in terms of expertise and resources exist locally and meet the highest international standards of prosecutorial conduct.

Additionally, our International Crimes Act allows Kenya to prosecute crimes under the ICC Statute, including Crimes Against Humanity.

And in line with his thematic approach to prosecutions, the DPP has established thematic divisions with specialized officers able to prosecute those specific offences.

One such division is that of Hate Speech and Electoral Justice (HSEJ) that has been established to specifically prosecute hate speech and election-related offences.

Together with other partners in the Multi-Agency Team formed by the president over three years ago, the ODPP is determined to end endemic election-related violence and hopefully enable Kenyans to exercise their democratic rights without fear of reprisals from those of different political persuasions.

Kenyans must stand with the DPP in telling war-mongering politicians, “NEVER AGAIN”!