• The smooth transition from Moi to Kibaki was seen as miraculous, and it cemented Kenya’s reputation once and for all as a remarkably stable democracy.

• The Kibaki government even lost the 2005 referendum on a new constitution and though deeply humiliated, accepted this outcome without much fuss. 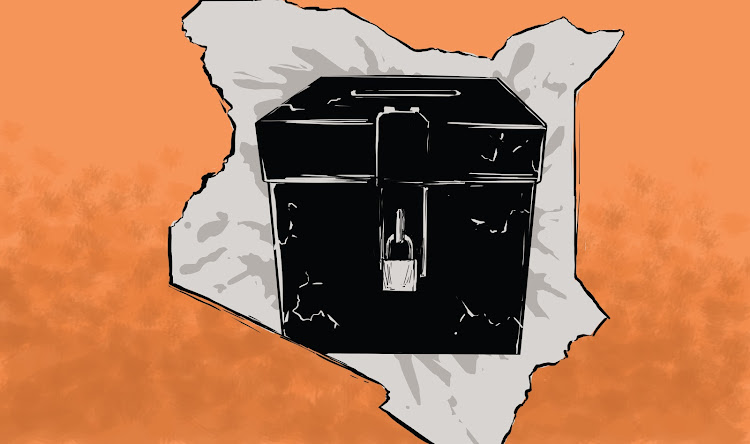 In the months just before the 2007 General Election, I met a man who was in Kenya to serve as an election observer for a global NGO.

In general, such “distinguished visitors” to Kenya fall into two broad categories: There are the earnest idealists who are determined to do something tangible during their time here, and to leave some kind of legacy. And then there are those who barely bother to conceal the fact they consider their few years in Kenya as an extended holiday. These are more interested in swapping stories about the glories of the Maasai Mara, and the Amboseli.

In all fairness, I should state some combine both qualities, and are as interested in game drives as they are in sanitation solutions for slums or off-grid solar-power networks.

Anyway, the election observer was definitely in that second category. And though not an expatriate in the full sense of the word (he was only here for a few months) he had quickly embedded himself in those circles; and indeed, it was at a party hosted by some long-term expatriates that I met him.

I learned that there was a reason for his somewhat relaxed attitude towards his duties as an election observer: The general consensus back then apparently, was that Kenya was a country of such rock-solid stability; such entrenched democratic continuity; that observing an election here was really no different from being an election observer in France or Germany: It was a mere formality.

Election Day would come. Votes would be cast peacefully. There would be a free and fair vote count. And a winner would be declared. No possibility of election-related violence or any such inconvenience.

Meantime, hey, these Nairobi expats really knew how to throw a great party.

What had given Kenya this reputation as “an oasis of stability in a turbulent region” was the peaceful handover of power from President Daniel Moi to Mwai Kibaki in 2002.

Moi was a classic “African Big Man” authoritarian leader. And the established pattern of African history was that any president who had successfully held on to power for 20 years or more, generally did not go quietly into retirement.

For such authoritarians did not rule alone, but usually had an elaborate system of courtiers who served the Big Man, attending to the dirty work required of a police state, while simultaneously bleeding the country dry through corrupt deals.

Even if an ageing despot wanted to retire, he would have dozens of his closest confidants begging him to remain in office. This was not necessarily out of greed, but often out of fear of dire consequences once a new president came into power.

So, the smooth transition from Moi to Kibaki was seen as miraculous, and it cemented Kenya’s reputation once and for all as a remarkably stable democracy.

The Kibaki government even lost the 2005 referendum on a new constitution and though deeply humiliated, accepted this outcome without much fuss.

But then came the 2007 General Election and with it came fire and blood.

The greatest explosion of politically instigated violence ever seen broke out, revealing that – behind the appearances – Kenya had much the same tendency towards instability as any other African country. The impression of enduring stability created by the Moi handover had proved to be as ephemeral as a mirage in the Chalbi Desert.

And I think this is one thing which the wise men and women who drafted the 2010 Constitution did not give full weight to.

They sought to entrench all kinds of democratic norms that had been missing in the “independence constitution”. But I do not see any sign that they ever asked, “What kind of constitution do we need, for a country that has proved to be inherently inclined to drift into instability?”

And I think that political wisdom in Kenya begins with accepting this unpalatable reality: That we are a country that is virtually guaranteed to be at war with itself every five years during a presidential election.

And that the only cure for this is a new constitutional dispensation.

More on this next week.